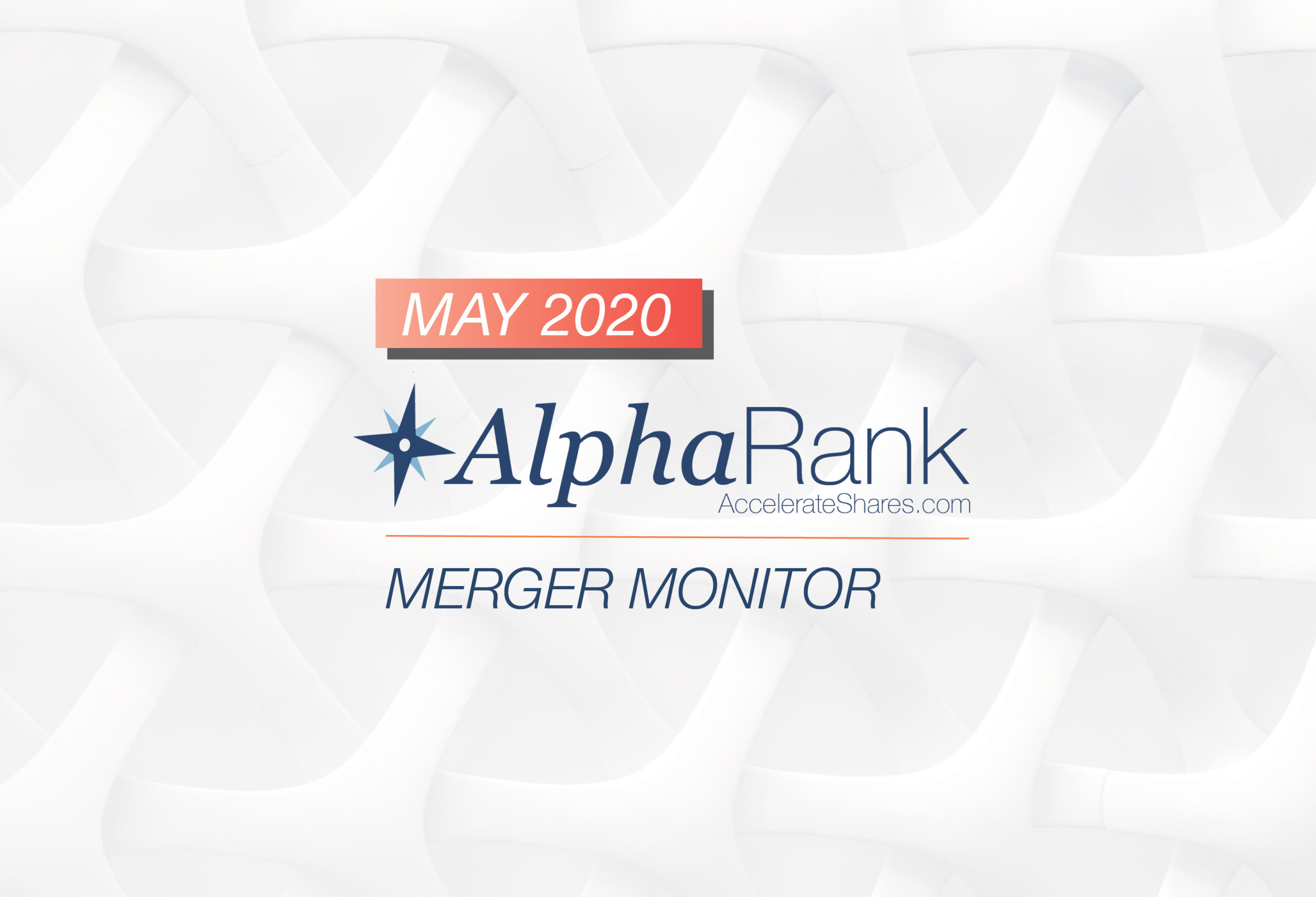 May 27, 2020 – The Accelerate AlphaRank Merger Arbitrage Effective Yield, which represents the average annualized return of outstanding U.S. mergers, dipped below 10% this month for the first time since March 4th.

Despite merger spreads recovering from the March market crash, yields remain historically high as they reflect a higher merger risk premium. Current merger yields are near 10%, compared with pre-coronavirus yields of around 4-6%. This elevated risk premium exists in order to compensate arbitrageurs for the higher expected deal-break risk in the current market environment.

The effects of COVID-19 have weighed on the merger market in two ways.

First, there have been fewer deal announcements. Over the past month, there were only two public M&A transactions announced in the U.S., and both were biotech companies (Portola Pharmaceuticals and Stemline Therapeutics). Deal announcements are down from nine in May of last year. In Canada, there were five deals announced over the past month, with all of them in the gold sector. Although two of those announced transactions were quickly cancelled after Silvercorp trumped Gran Colombia Gold’s unsolicited bid for Guyana Goldfields. Meanwhile, four M&A transactions were successfully completed this month, including Abbvie’s $85 billion acquisition of Allergan and Flutter Entertainment’s $14 billion acquisition of The Stars Group.

Second, we have seen some deal terminations, which were attributed to the economic downturn caused by COVID-19. In early May, Amherst Residential walked away from its $2.3 billion acquisition of Front Yard Residential on the day the transaction was supposed to close. What is frustrating regarding the Amherst / Front Yard termination is that Front Yard allowed Amherst to walk away from the deal by paying a break fee and making a small equity investment, instead of litigating in court to compel the acquiror to close on the terms and prevent shareholders from losing the merger premium. One other deal broke in May, as Independent Bank Group and Texas Capital Bancshares mutually agreed to terminate their $3 billion merger of equals. This termination was not surprising given the deal came with a buy-side vote, a risky proposition given the acquiror’s shareholders would have likely voted the deal down.

Another transaction hit some turbulence this month. On the anticipated deal closing date, private equity firm Advent seemingly got cold feet and attempted to terminate its $1.9 billion acquisition of Forescout Technologies after Forescout “missed” its financial forecast for its first quarter just one week prior. All conditions of the deal were satisfied, but Advent claimed a Material Adverse Effect (“MAE”). This MAE claim was made despite a deal price cut in February due to recent underperformance, not to mention that the MAE clause in the merger agreement explicitly stated the effects of a pandemic would not constitute a MAE. Historically, MAE’s have been extremely difficult to prove in court, and the claim has only been used to terminate a deal successfully once in history. Nonetheless, Forescout acted in its shareholders’ best interests and swiftly moved to pursue litigation against Advent, with the goal of having a Delaware court order Advent to perform according to the merger agreement and close the transaction.

The result of the Forescout / Advent litigation in the U.S., along with the Rifco / CanCap litigation in Canada, will be precedent-setting and have wide-ranging outcomes with respect to merger agreement MAEs and COVID-19.

While mergers with solid strategic rationales and credible buyers will be safe from the current economic downturn, caution should be exercised regarding leveraged buyouts, as some of these financial buyers have proven to be short-term focused, fair-weather acquirors.

It remains an opportune time to invest in select merger arbitrage opportunities. Spreads remain exceptionally wide, however, some of that spread is warranted, given the current elevated risk of deal terminations. Careful security selection, sufficient diversification and deliberate caution is called for in a potentially perilous market environment.

Deals announced after March 11th, the day the coronavirus was declared a pandemic by the WHO, should be relatively safe on a go-forward basis given that the related health and economic risks would have been “baked in” to any transactions signed after this date. 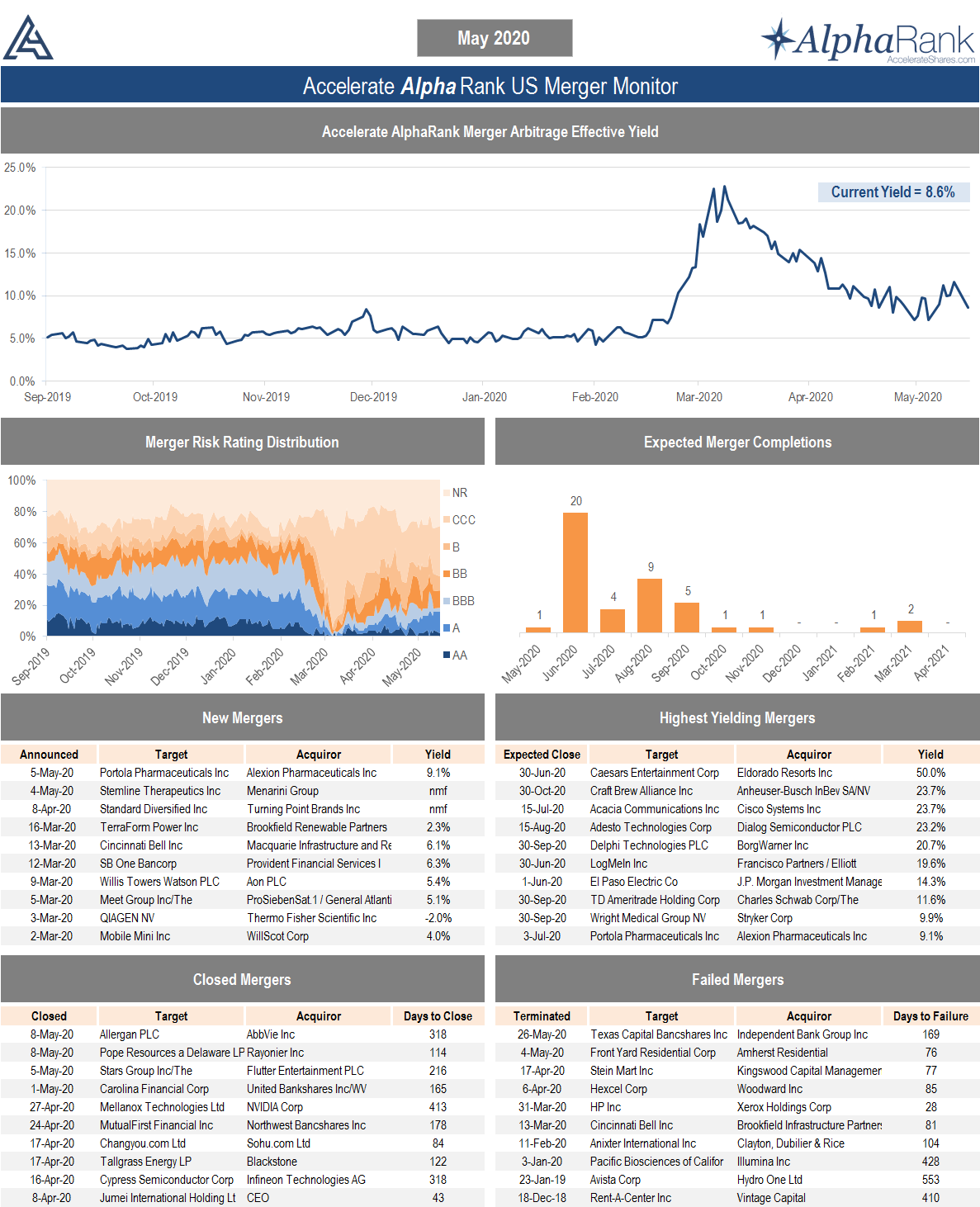 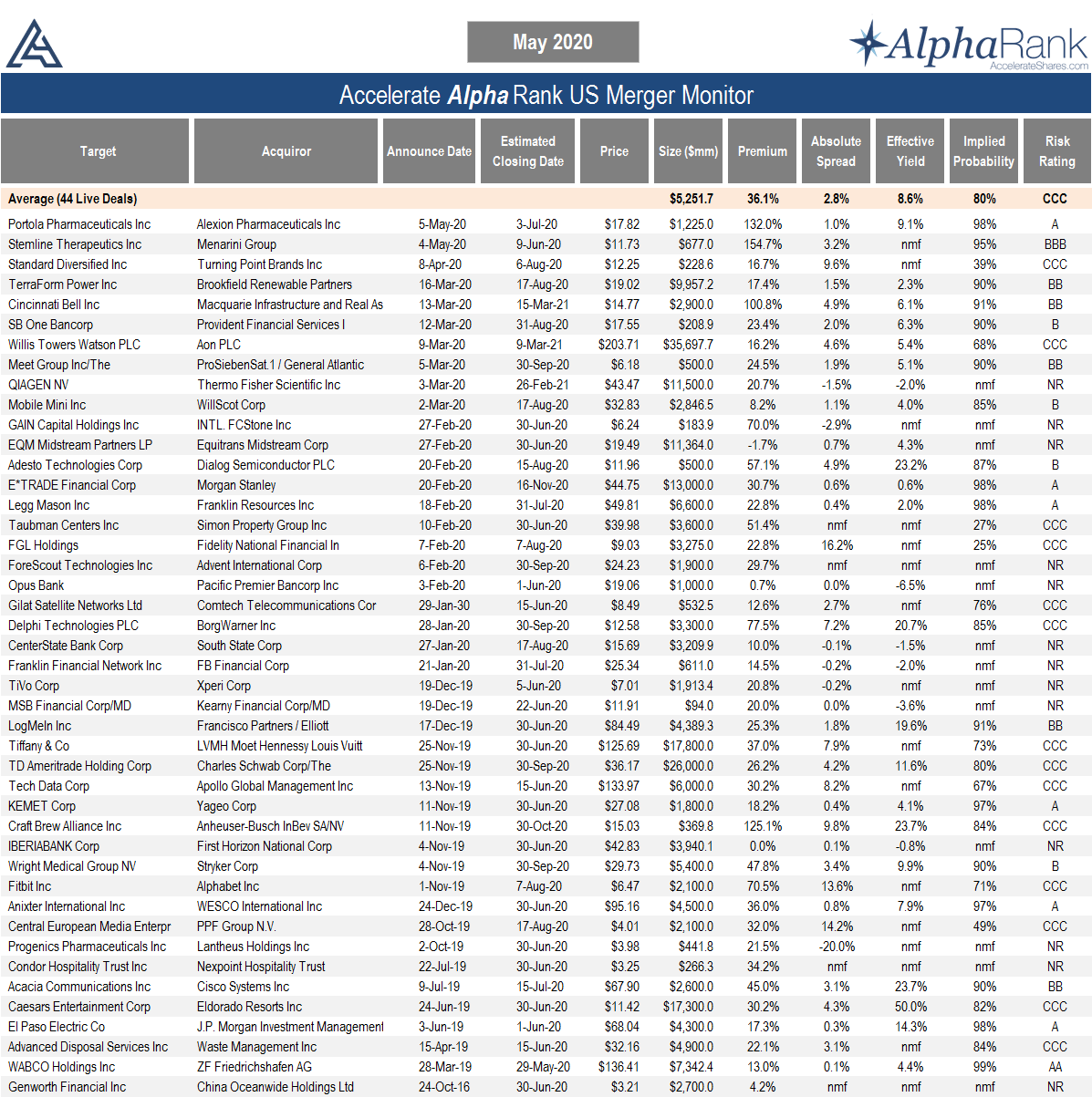