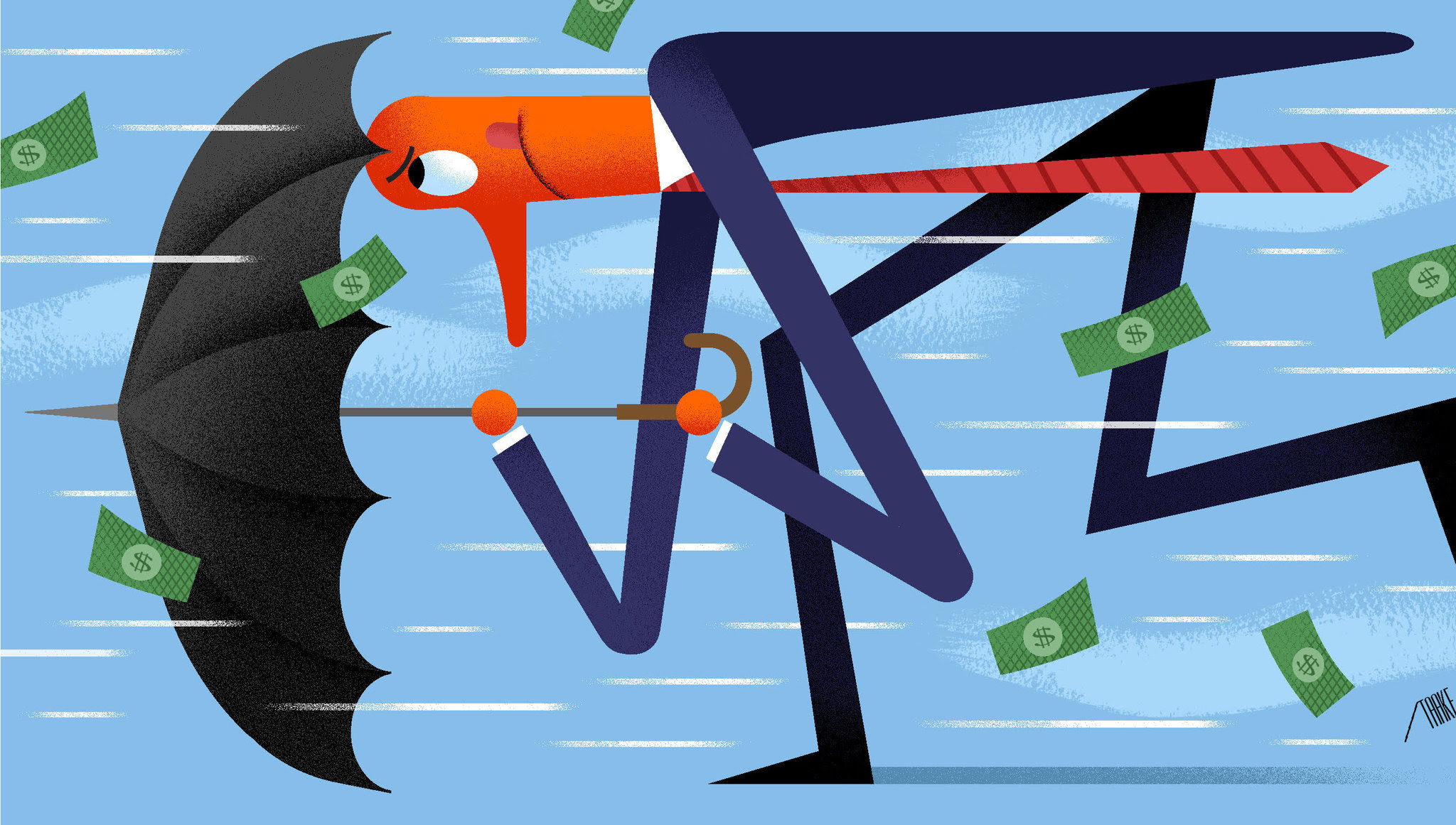 By Damon StreuberSeptember 28, 2022No Comments
FacebookTweetLinkedIn

September 28, 2022 – This year has been a difficult environment for the majority of asset classes.

It is rare for traditional portfolios to be taking 20%+ losses from both the stock portion and bond portion of their allocations. The rise in short-term rates has also pressured arbitrage, which is an investment strategy influenced by funding costs.

Typically, arbitrage is a leveraged strategy. Funding costs for arbitrageurs have been near 1% for the past couple of years. Surging short-term rates have boosted the cost of borrowing to fund leveraged arbitrage trades to more than 4%. With the headwind of increased funding costs, arbitrageurs have required higher returns, which boosted yields and pressured prices, leading to wider spreads and mark-to-market losses.

Arbitrage, while dramatically outperforming traditional fixed income, is still somewhat “swimming upstream” as rates rise, however, significantly less of an extent than bonds given arbitrage’s duration is measured in months.

In addition to increasing funding costs, one additional challenge on the minds of arbitrageurs is near-term future investment opportunities. Specifically, due to deteriorating market conditions, banks that finance leveraged buyouts have taken significant losses in recent months. Last week, a consortium of banks suffered an estimated $700 million loss after selling the loans and bonds issued to finance the Citrix LBO at heavily discounted prices. With additional losses for banks expected on the buyouts of Nielsen and Twitter (probably), amongst others, it is highly likely that banks have lost their appetite to fund LBOs in the near term.

Therefore, it is probable that private equity deals have taken a pause for the next several months. However, we believe there are still private credit players willing to fund the odd LBO. In any event, we believe strategic M&A will continue despite the recessionary environment and bear market.

That being said, things are not all bad in arbitrage. In contrast to the headwinds of rising funding costs pressuring spreads and reduced LBO activity, there has been a positive development on the regulatory side that may create a tailwind for merger arbitrageurs.

Now that the risk-free rate is nearly 3.5%, we should expect merger arbitrage yields to hover around 6.5-7.5% after adding an appropriate risk premium.

Nonetheless, in 2022, merger arbitrage yields have more than doubled their pre-Covid average, with yields now north of 11%.

Part of the increase in arbitrage yields can be explained by the 200bps increase in the risk-free rate from early 2020 to the present.

In terms of spread, current merger arbitrage yields are 800-900bps above the risk-free rate, a spread roughly 400-500bps higher than its pre-Covid level. 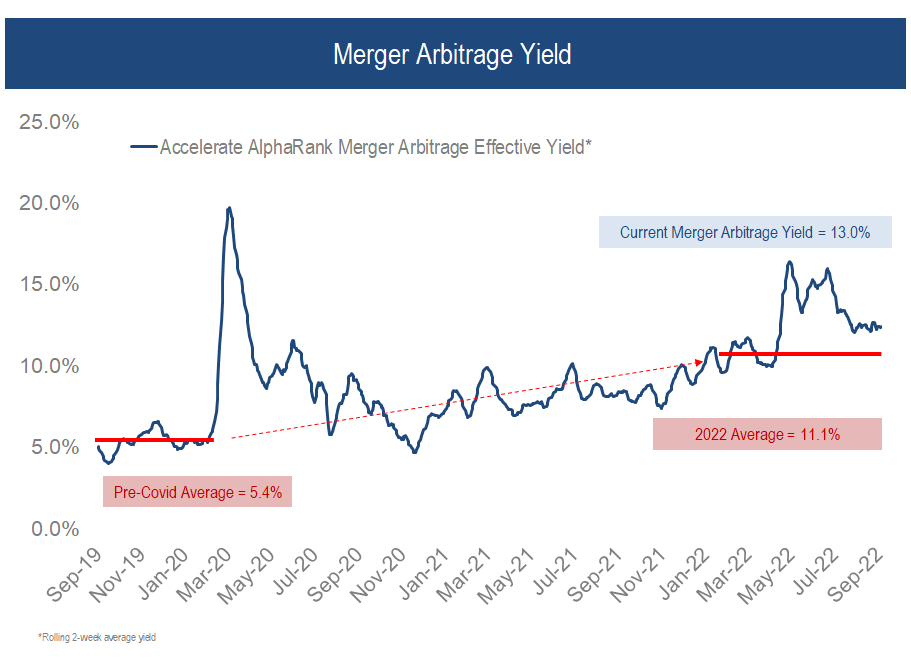 In discussions with other arbitrageurs, the main culprit blamed for the increased merger risk premium is antitrust risk. Specifically, an overzealous and reenergized Department of Justice and Federal Trade Commission have struck fear into the heart of event-driven traders.

Is this 4-5% rise in merger arbitrage yields, thought to be caused by increased antitrust risk, justified? Recent developments point to negative.

On the antitrust front, the U.S. Department of Justice lost two high-profile merger challenges last week. Change Healthcare’s stock rallied 8% after a judge denied the DoJ’s request to block its $13 billion sale to UnitedHealth. A few days later, the DoJ faced its second defeat as a judge ruled in favor of U.S. Sugar Corp’s plans to buy rival Imperial Sugar, rejecting a Justice Department argument that the proposed deal would drive up the price of sugar. After facing two devastating losses in one week, perhaps the antitrust regulator will take a more measured and less aggressive approach to enforcement. In any event, the DoJ’s loss is a huge win for investors in general, and arbitrageurs in particular. The ruling means that despite tough rhetoric from regulators, at the end of the day, they must follow the letter of the law and cannot block a deal because they do not like a large company growing (ahem, Amazon).

Nevertheless, an antitrust regulator with fewer teeth still can present challenges to merger arbitrageurs. Just the threat of a regulatory challenge can cause acquirors and targets to terminate their merger agreement. In addition, even if the companies go to trial and beat the Government’s challenge, the delay in closing can cost the arbitrageur several points in yield via a lower IRR (due to stretched timeframe). In any event, a reduced yield is far, far preferable to a broken deal and its accompanying losses.

While market headwinds remain in arbitrage, partially offset by a regulatory potential tailwind, it may be that double-digit yields more than compensate for the current risks presented to investors. 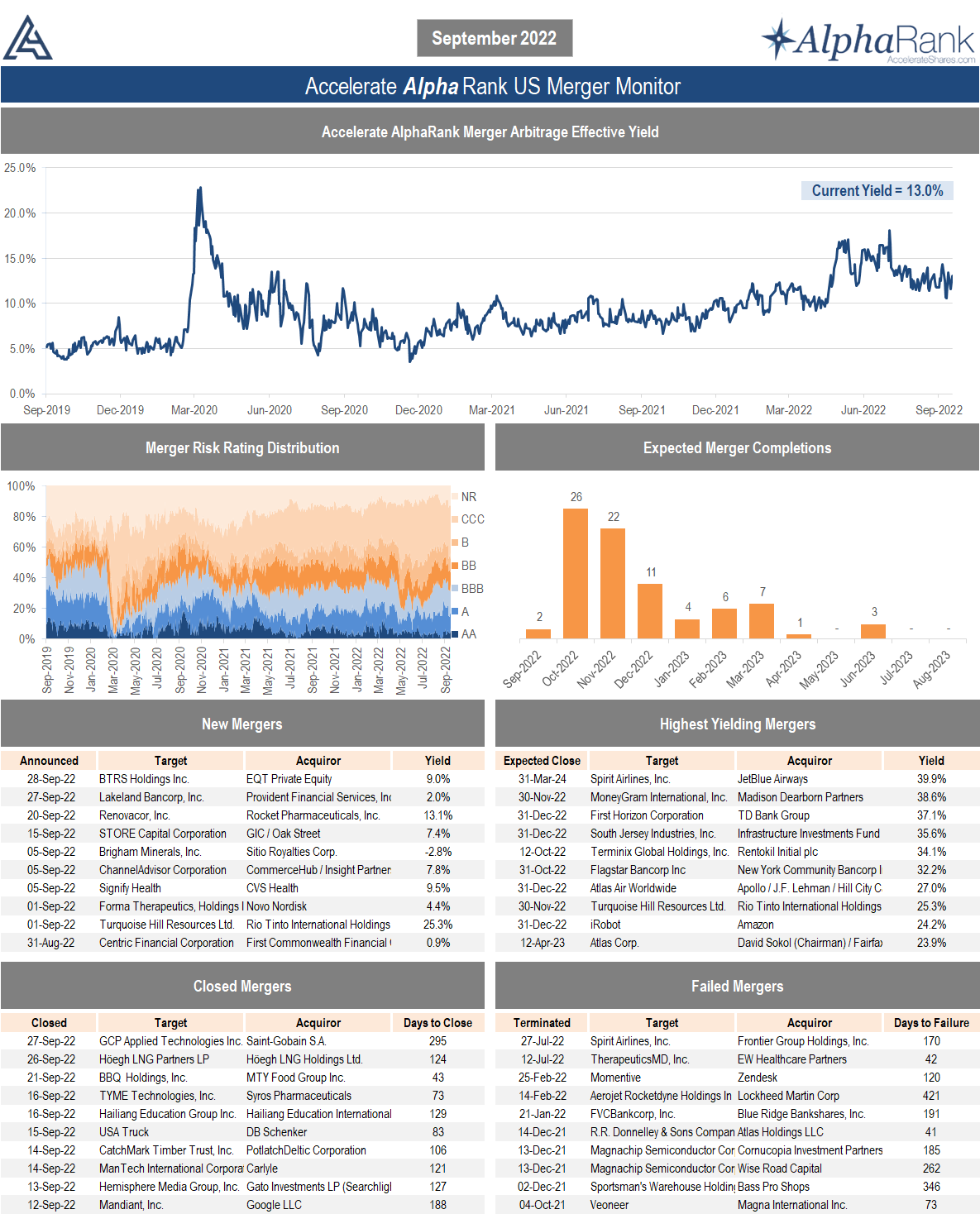 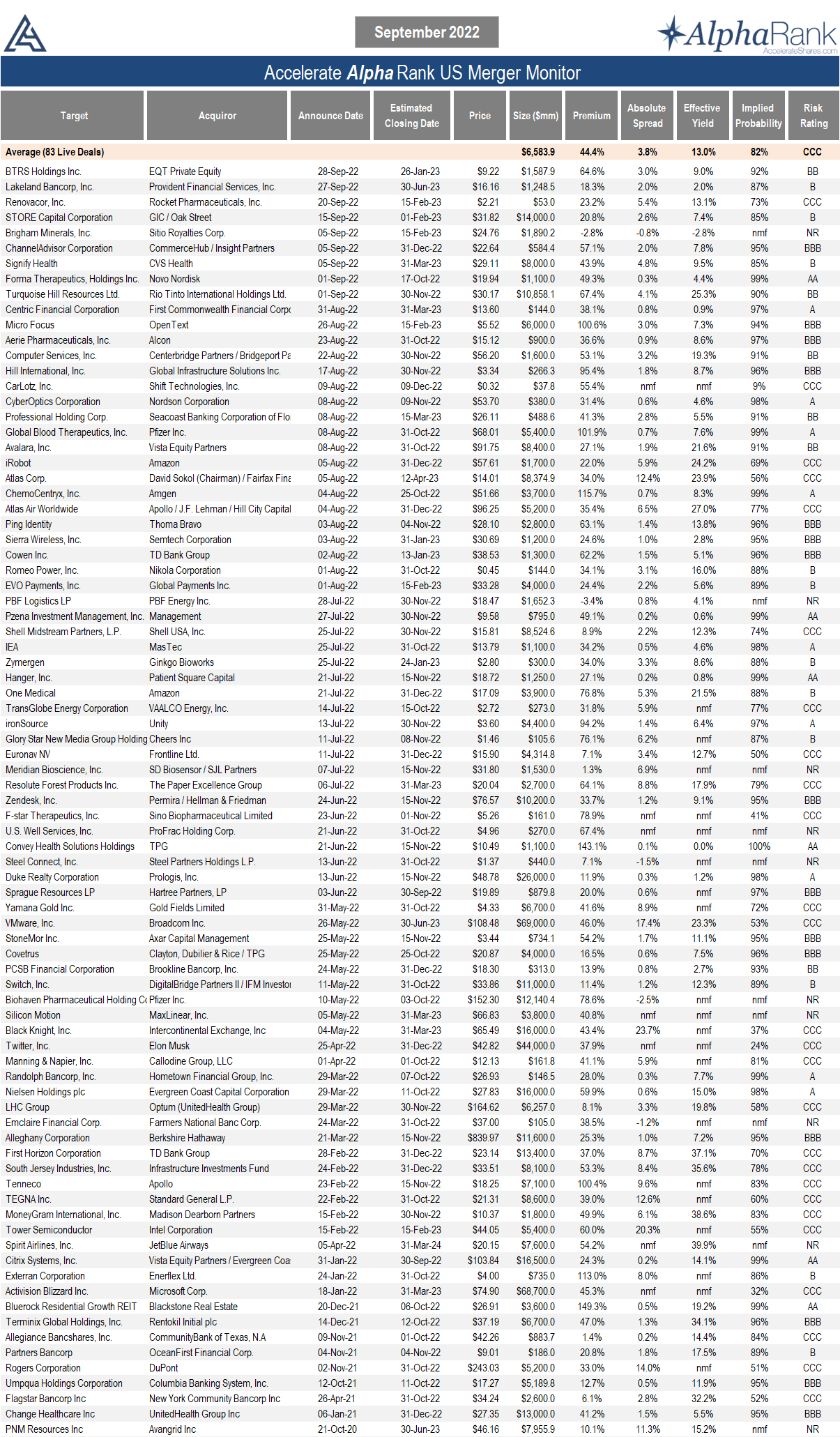