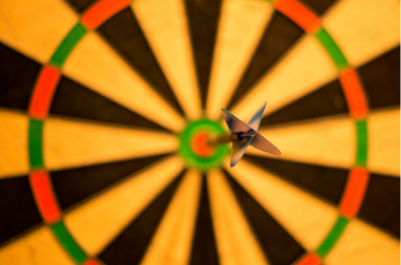 The Number One Thing SPAC Investors Should Know

By Mike KessleringAugust 11, 2020No Comments
Facebook0Tweet0LinkedIn0

August 11, 2020 – Every so often, a new innovative style, technique or product is introduced to the current meta that changes the game. Typically, this innovation can’t be pigeon-holed into the existing buckets of classification, and the game slowly adjusts to include the new phenomenon.

When an Innovation is Introduced, the Game Changes

The Ultimate Fighting Championship (UFC) is the top competitive promotion in mixed martial arts. Its first event, UFC 1, was a seminal moment in the development of the sport. The first fighting tournament occurred in November of 1993 and featured a number of popular types of martial arts and combat sports, including boxing, taekwondo and karate.

The first sanctioned mixed martial arts tournament was frankly, not that competitive. One contestant ran through the other competitors in UFC 1 in a quick and methodical fashion. This contestant didn’t practice any of the well-known and popular combat sports of the time. Royce Gracie, a practitioner of an innovative new style of submission fighting called Brazilian jiu-jitsu, won the tournament undefeated. His unique fighting technique, which couldn’t be bucketed into the combat styles during that era, was unbeatable mostly because no one knew how to defend against it. Ever since that dominant moment, the sport changed. Brazilian jiu-jitsu became, first, a new category of mixed martial arts, and second, a necessary tool in a combat sports competitor’s toolkit.

The Royce Gracie of Capital Markets

In mixed martial arts, every so often, a new style of fighting is introduced, a new category is created, and the game adjusts.

In capital markets, every so often, a new type of security is created that doesn’t fit the mould of any investment “styles” of the moment. Over time, the market adjusts and a new category is developed.

One recent financial innovation that changed the current meta in capital markets is the SPAC.

SPAC is an acronym for special purpose acquisition company. Also known as a “blank-check company,” a SPAC is a cash-rich shell company that raises money from investors in an initial public offering and seeks to merge with a private acquisition target over a fixed time period. Simply stated, it serves as a vehicle to bring a private company to the public markets.

SPACs have emerged in recent years as a viable alternative to the traditional initial public offering as a way for a private company to complete a going-public transaction. New blank check issuance has reached a fevered pitch recently with a record amount of SPAC IPOs in July, including Bill Ackman’s massive $4 billion blank check initial public offering, by far the largest of its kind. 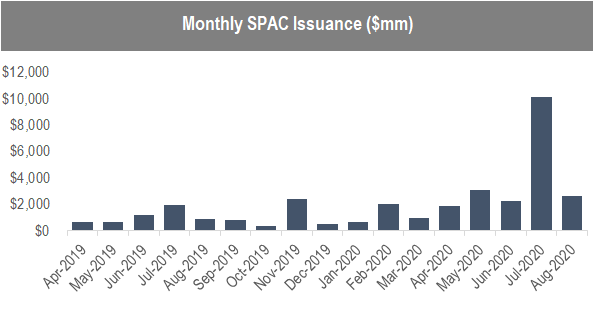 A New Type of Category Emerges

SPACs are a peculiar type of security. They have no operations of significance, no long-term management in place and no products or services offered. Given these peculiarities, they don’t fit the mould for any traditional type of investor.

A SPAC trading at a discount to its net asset value presents an investor with an interesting risk / reward dynamic – a yield of treasuries plus a spread, analogous to a high-quality cash risk arbitrage trade. The major difference between SPAC arbitrage and risk arbitrage is that a risk arbitrage investor earns the risk-free yield plus a risk premium to account for the odds that a deal fails. In contrast, a SPAC arbitrage investor earns the risk-free yield plus an illiquidity premium to account for the fact the blank check stocks are far less liquid than the underlying treasuries they hold. In addition, risk arbitrageurs have upside optionality if a bidding war emerges for the M&A target or if the acquiror is forced to pay more, while SPAC arbitrageurs have upside optionality if an attractive business combination is announced and non-arbitrage participants bid the blank check stock above its net asset value.

A SPAC Sponsor’s Number One Goal

An arbitrageur’s modus operandi is fairly simple – to generate attractive rates of return on a consistent basis. SPAC arbitrage can provide that. Ergo, an arbitrage hedge fund will buy a SPAC either at NAV, by subscribing to the IPO or by purchasing in the market, or at a discount to NAV, in order to generate a yield equivalent to treasuries plus the amortization of the NAV discount.

With treasuries currently yielding 0.15%, this baseline treasury yield return is relatively unattractive, not to mention insufficient to pay even the typical fees of a hedge fund. Where the premium return for the hedge fund SPAC investor comes in is the upside optionality, referring to the “pop” in shares (above net asset value) that a blank check company may experience when a business combination is announced.

An arbitrageur is relying on the redemption mechanism offered in the SPAC structure, which occurs just prior to the time when the SPAC and the private company complete their merger, to provide the consistent baseline return. Therefore, an arbitrageur won’t hold SPAC shares post-deal completion, given the newly-public company’s stock will then trade at the whims of the market and the air-tight arbitrage (and downside protection through redemption) no longer exists.

Once the blank check company announces a deal, before its completion, the arbitrageur has two exit options to consider. If the market deems the business combination attractive, then the shares will trade above NAV and the arbitrageur will sell into the market, crystallizing that upside optionality. If the market deems the business combination unattractive and there’s no stock “pop” on the announcement of the deal, then the arbitrageur will redeem the SPAC shares for net asset value as they can’t sell into the market above NAV. Given SPAC shareholders’ lists are dominated by arbitrage hedge funds, this scenario typically leads to the deal failing, because too much cash is redeemed from the SPAC, and the blank check company liquidates.

As a SPAC sponsor, structuring a business combination with a private company that is deemed attractive by the market and getting the stock to trade up is the number one goal. Here’s why:

The sponsor of a SPAC typically puts up risk capital in the form of private placement warrants, generally between 2% and 4% of the total IPO proceeds, to fund the working capital needs of the blank check company as it seeks a merger target. In return, the sponsor receives “carry”, or near-free stock, for as much as 20% of the SPAC.

There are two scenarios in which a SPAC sponsor would not only lose the risk capital contributed, which can be as much as $10 million or higher, and squander the lucrative potential 20% carry on a deal:

A failed deal is a disastrous proposition for a SPAC sponsor given the money at stake. That’s why their number one goal is to announce a merger deal that’s attractive to the market in the short-term to get the stock to trade up above NAV, such that arbitrage hedge funds can sell into the market instead of redeeming for cash and the deal can close successfully.

The Circle of Life

Arbitrage hedge funds provide the initial capital to SPACs by subscribing to their initial public offerings. If an attractive deal is announced, excited retail speculators will bid up the stock above NAV, taking the shares out of the hands of hedge funds and into the accounts of retail traders. These retail traders are generally short-term focused as well and will typically flip the stock to longer-term investors such as “theme” ETFs and long-only mutual funds once the merger is closer to completion. This process is the circle of life for a blank check company, and SPAC sponsors need to be informed of all these constituents’ roles.

On the back of skyrocketing story stocks such as Virgin Galactic, Nikola and DraftKings, all of which went public via SPACs, the market has taken notice of this new asset class. Large, brand-name investment banks are now underwriting SPAC IPOs while highly reputable entrepreneurs are launching them left and right.

In the early 1990’s, Brazilian jiu-jitsu was practically unheard of before Royce Gracie’s domination of UFC tournaments. These days SPACs were mostly unheard of until they started combining with some of the hottest private companies, leading to surging shares and investor excitement. Just as jiu-jitsu is now one of the pillars of mixed martial arts, SPACs will become a key consideration for private companies considering strategic options to grow their business.

Now SPAC sponsors know who their various shareholder constituents are, what each of their goals are, and what it takes to complete a successful deal.

Disclaimer: This research does not constitute investment, legal or tax advice. Data provided in this research should not be viewed as a recommendation or solicitation of an offer to buy or sell any securities or investment strategies. The information in this research is based on current market conditions and may fluctuate and change in the future. No representation or warranty, expressed or implied, is made on behalf of Accelerate as to the accuracy or completeness of the information contained herein. Accelerate does not accept any liability for any direct, indirect or consequential loss or damage suffered by any person as a result of relying on all or any part of this research and any liability is expressly disclaimed. Past performance is not indicative of future results. Visit www.AccelerateShares.com for more information.