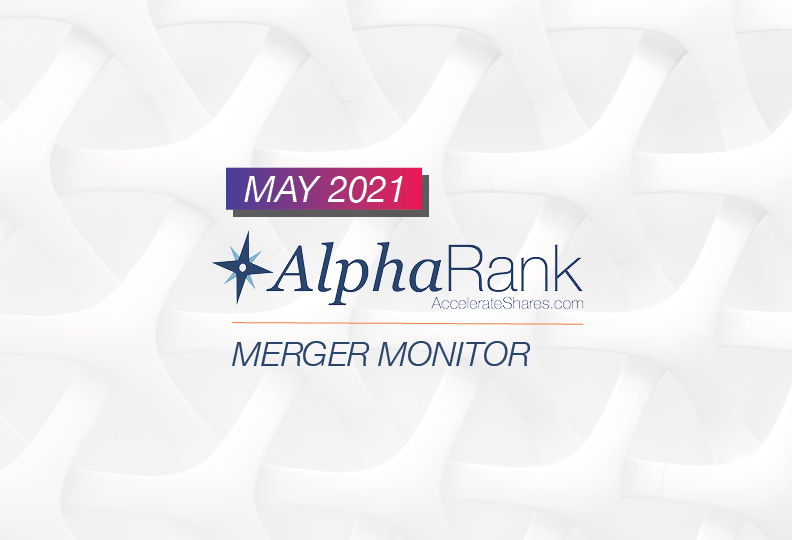 By Mike KessleringMay 28, 2021No Comments
Facebook0Tweet0LinkedIn0

May 28, 2021 – Merger arbitrage yields have reset to a “new normal” in the post-Covid environment.

Currently, merger arbitrage yields are approximately 8.0%, and with T-bill yields near 0.0%, represent a risk premium or spread of 800 basis points.

The merger arbitrage risk premium, representing the spread between the average arbitrage yield and the risk-free rate, stands at 800 basis points today or 500 basis points higher than fourteen months ago.

In early 2020, investment grade corporate bonds traded at a premium to Treasurys of 1.3%. Since then, the credit risk premium has fallen by 20 basis points to 1.1%.

There are simple theories on why credit spreads have tightened, including a highly accommodative Federal Reserve and a recovering economy.

Where the uncertainty lies is why merger arbitrage spreads have widened. These theories include: 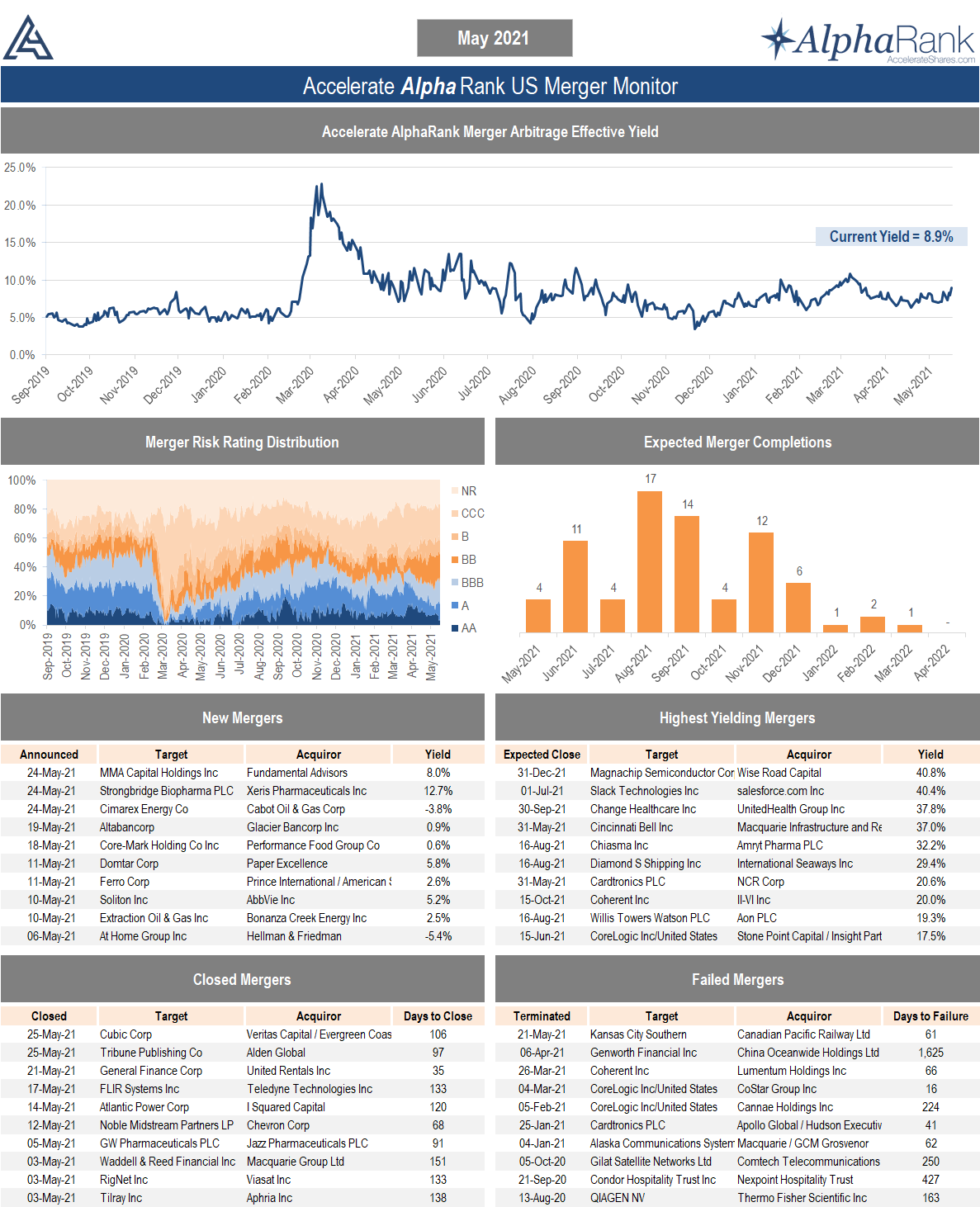 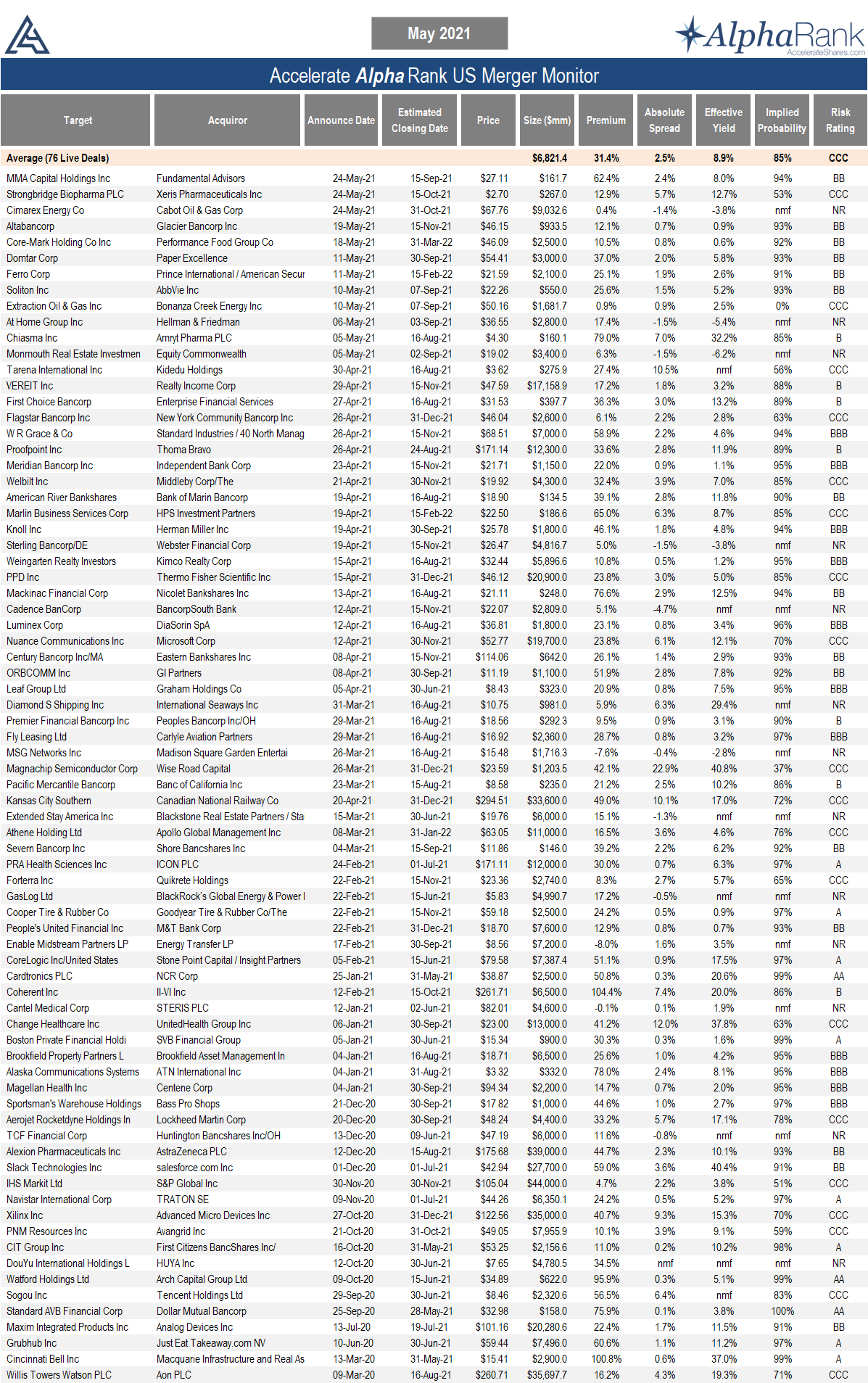