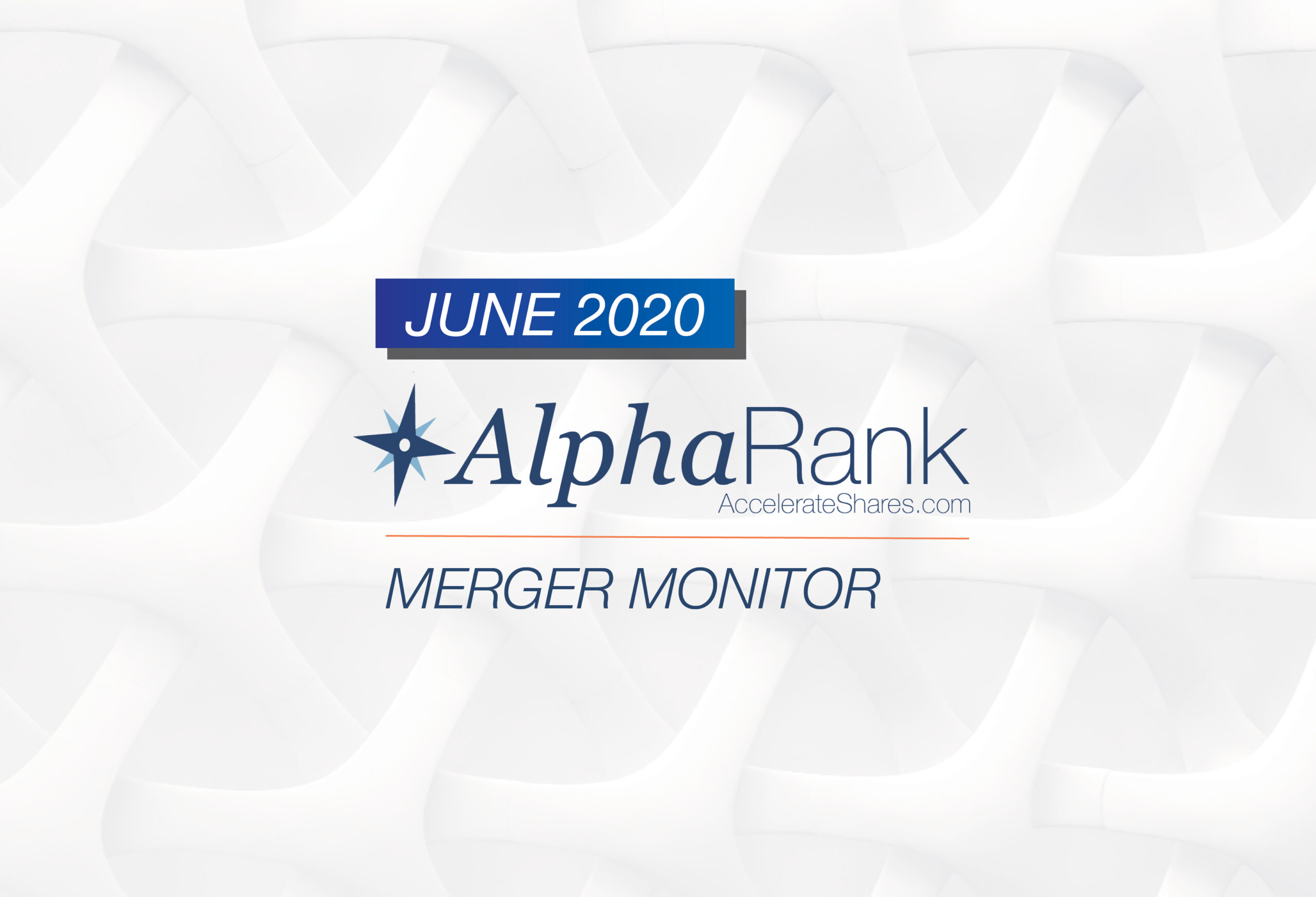 June 30, 2020 – While the market for risk assets continues to heal from the shock the system received during the COVID-induced stock market plunge of the first quarter, the merger market remains in the ICU as indicated by three main elements:

These factors are signalling danger in merger arbitrage and present a cautionary guidepost to investors. However, since March, the sizable merger yields have more than compensated arbitrageurs for the inherent market risk, assuming that careful security selection was performed.

Nonetheless, the positive news is that despite hazardous conditions in the M&A market, zero U.S. deals failed in the last month. Although one deal, Simon Property Group’s acquisition of Taubman Centers, hit turbulence after Simon refused to close the deal, instead choosing to litigate to absolve themselves of the obligation to close even though all merger conditions were satisfied. Much like the Forescout / Advent buyout, which we discussed in last month’s Merger Monitor, we believe buyers claiming a Material Adverse Effect to get out of definitive acquisitions due to COVID face a tough slog. However, in the case of Taubman / Simon and Forescout / Advent, it will be a number of months before we see if courts will allow buyers to walk from transactions with no liability, or instead enforce specific performance in which the buyers will be forced to close the acquisitions of the jilted targets.

Since the coronavirus bear market began in late February, five deals have failed and 40 deals have closed in the U.S, leading to an 89% completion rate. While lower than the 93% closure rate experienced over the past decade, this 89% completion rate is substantially better than the market is pricing in. However, a handful of deals remain deeply distressed and the market assumes that these transactions will ultimately fail.

While deal completions in the U.S. have been robust, new deal announcements have been few and far between. Only five transactions have been announced this month, a -69% year-over-year decline. As markets continue to recover and corporate confidence is restored, we expect a flurry of M&A activity in the back half of the year as deals once put on the back-burner get revisited.

Over the past month in Canada, there were two small cap transactions announced, zero deal closings and one failure as Cineworld terminated its previously announced acquisition of Cineplex. COVID presented too challenging for the balance sheets of both companies, and the acquiror was forced to walk away, litigation in tow. In contrast to the litigation involving targets Taubman and Forescout, in which the seller is trying to compel the courts to force the would-be acquiror to close, Cineplex is a dead deal as the company is only pursuing damages. Nevertheless, these court cases will be precedent-setting and have wide-ranging effects on the future of M&A.

Lastly, the bidding war for Guyana Goldfields came to an end as Silvercorp bowed out, allowing China’s Zijin Mining to win the auction, paying a stunning 340.5% premium to Guyana’s unaffected price. 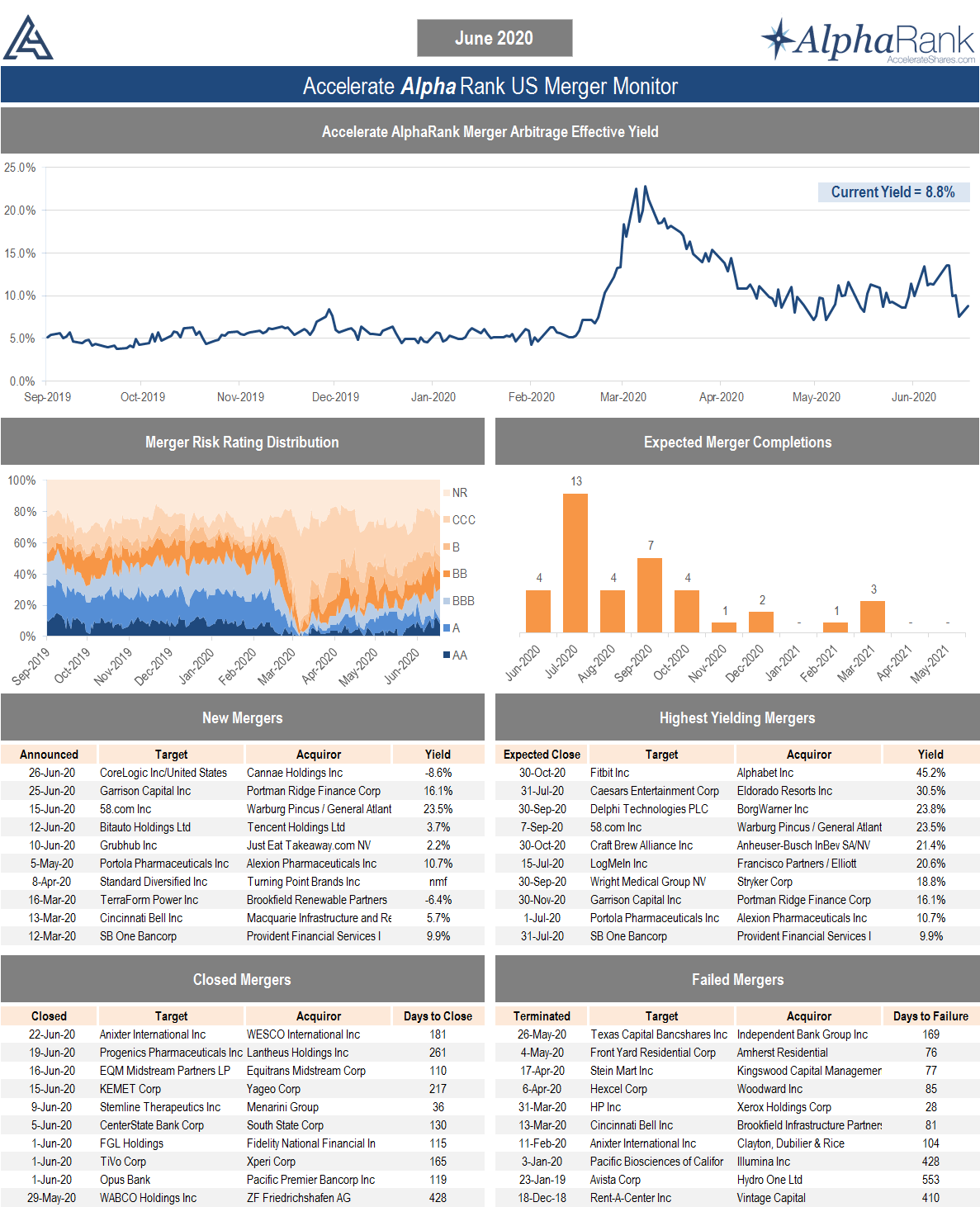 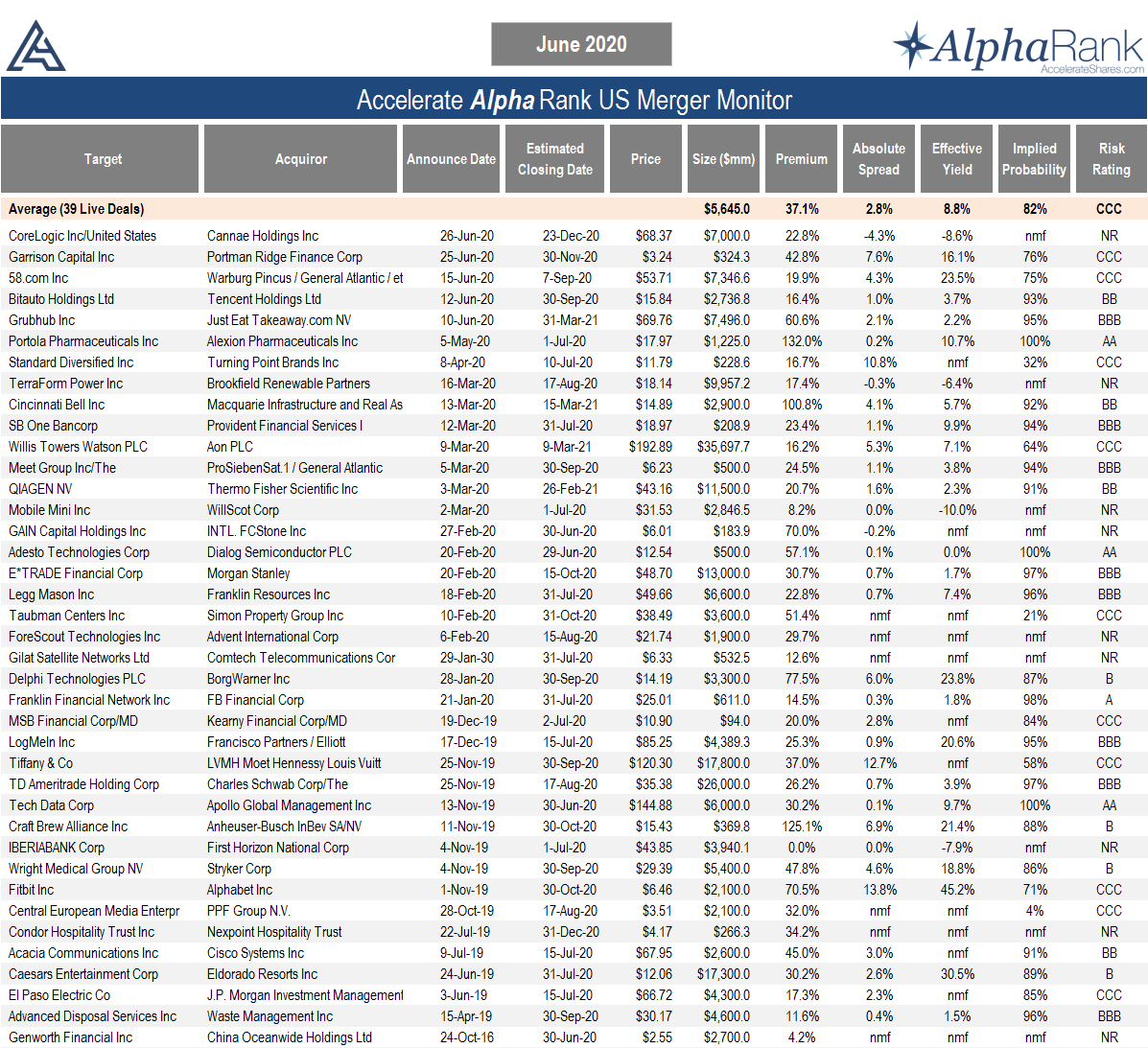