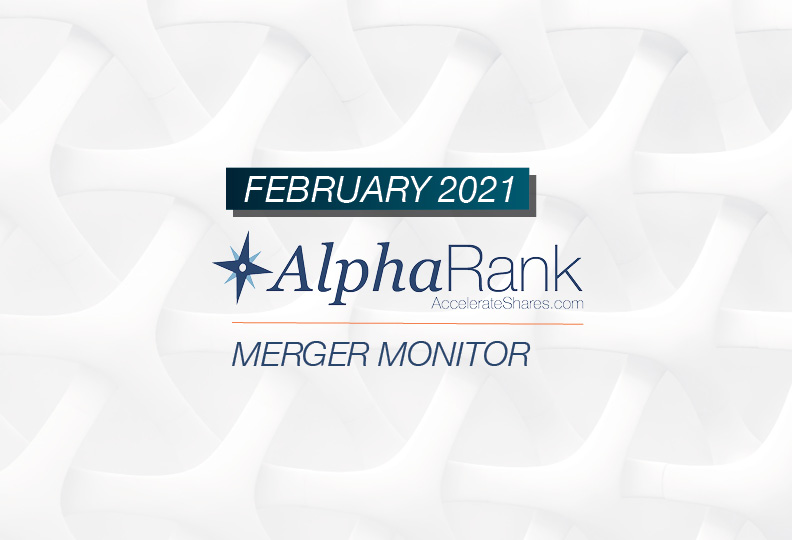 By Mike KessleringFebruary 27, 2021No Comments
Facebook0Tweet0LinkedIn0

February 27, 2021 – It was exactly one year ago when merger arbitrage spreads started getting hit by the rapidly spreading coronavirus.

Merger spreads did not fully normalize from the record-setting volatility until the fourth quarter of 2020, only to tick up recently due to the somewhat unrelated meme investing saga of early 2021.

We detailed the wide-ranging knock-on effects of Wallstreetbets meme stock surge, with its ripples affecting even the merger arbitrage market, in last month’s Merger Monitor. Given the increased volatility caused by the GameStop rally, some large hedge funds were forced to unwind positions, including merger arbitrage trades, to de-risk their portfolios and lower leverage. This has caused some attractive opportunities to emerge in the merger arbitrage space. The Accelerate Arbitrage Fund (TSX: ARB) has been selectively adding M&A investments to its portfolio for the first time in months.

The recent uptick in volatility has not reduced corporate risk-taking, as merger activity continues to increase. The merger arbitrage universe expanded from 59 deals outstanding last month to 69 currently. The market finally overcame the Covid-led deal drought, exceeding the pre-pandemic 66 deals outstanding last February. As the pandemic wore on, the transaction count fell -40% to just 39 deals outstanding as of June of 2020.

In February, 17 deals were announced, representing an aggregate deal value of $72.2 billion. This tally is up from the 11 M&A transactions worth $44.5 billion announced in January. Increased deal activity and an expansion of the opportunity set are beneficial for merger arbitrageurs. 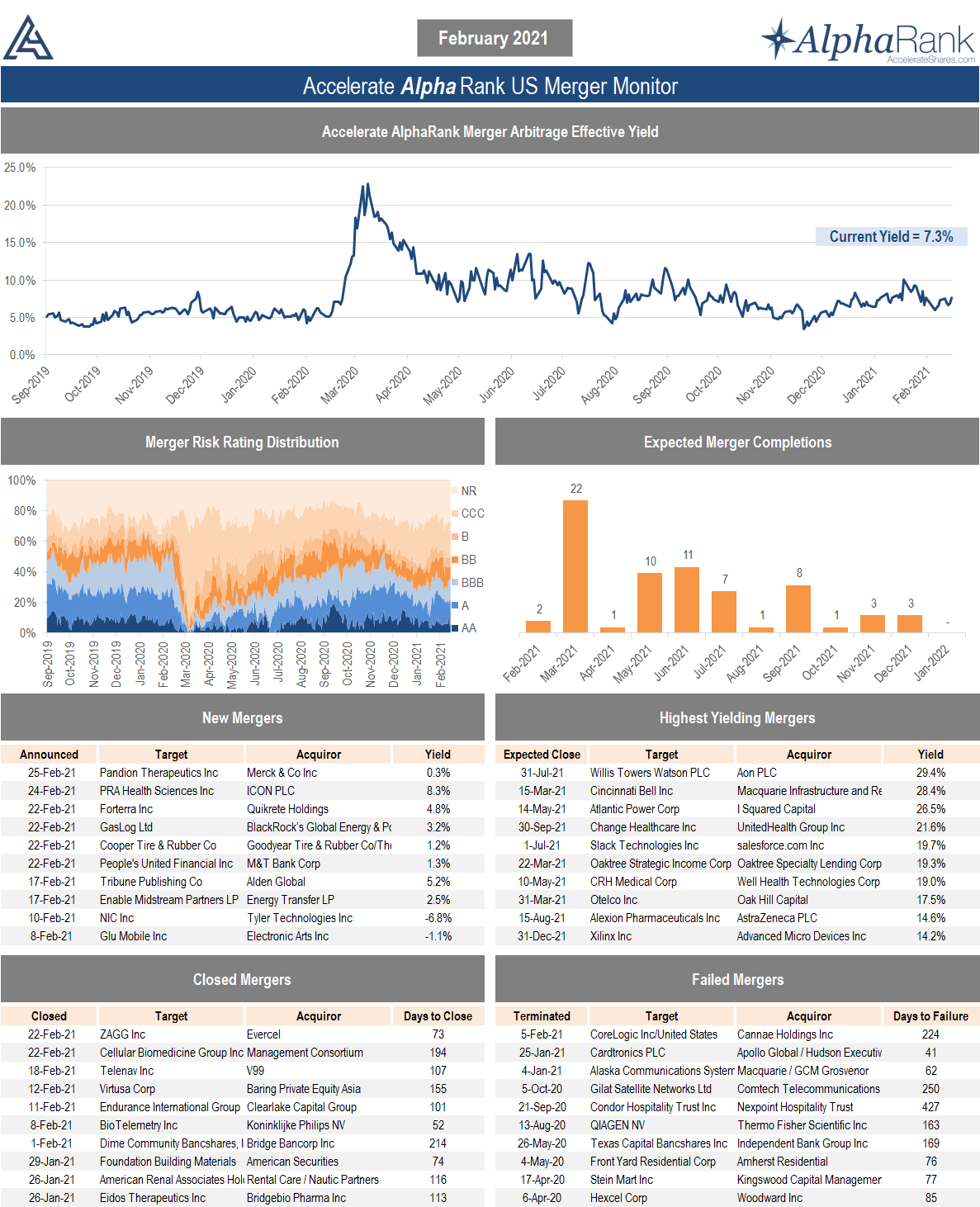 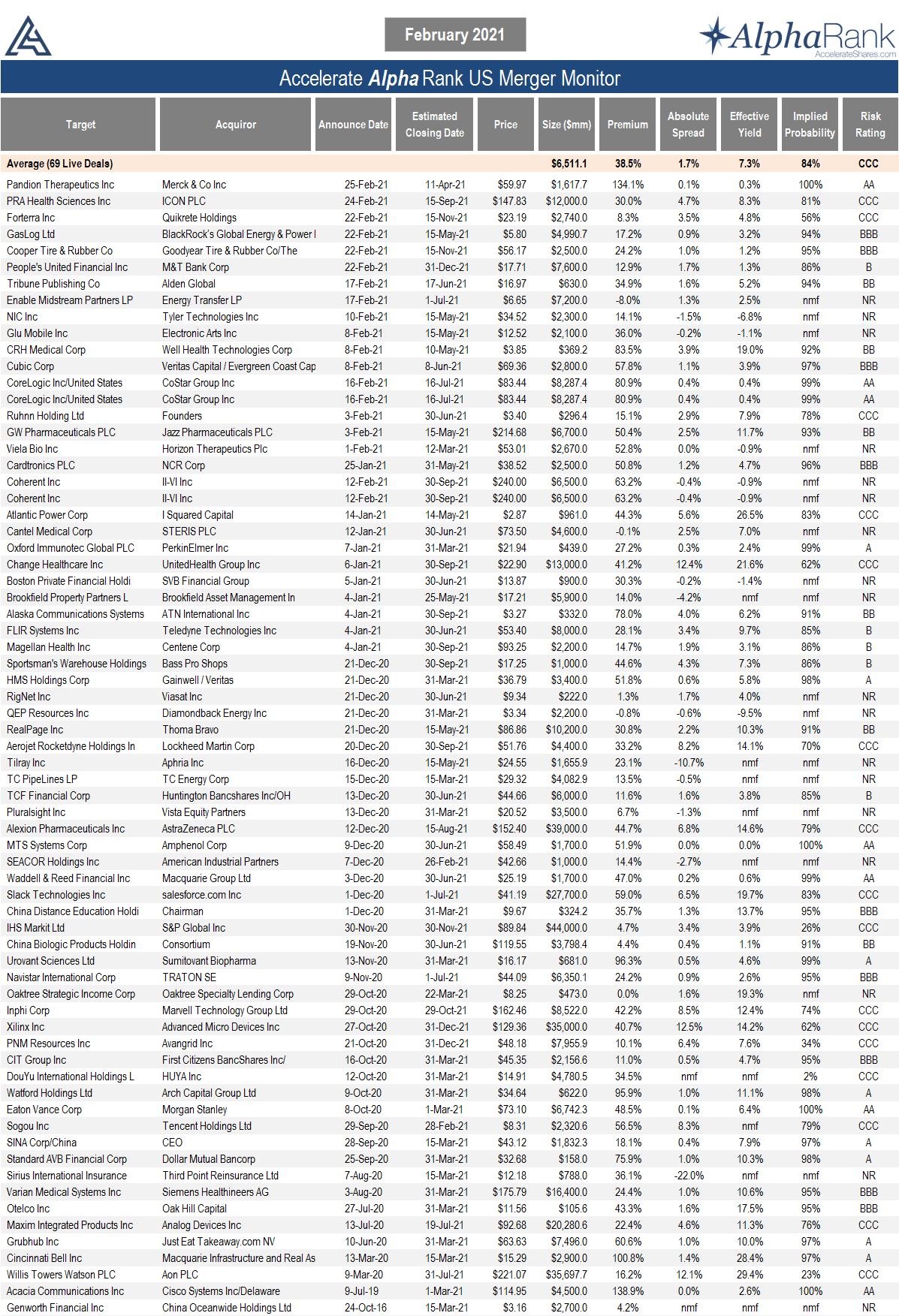