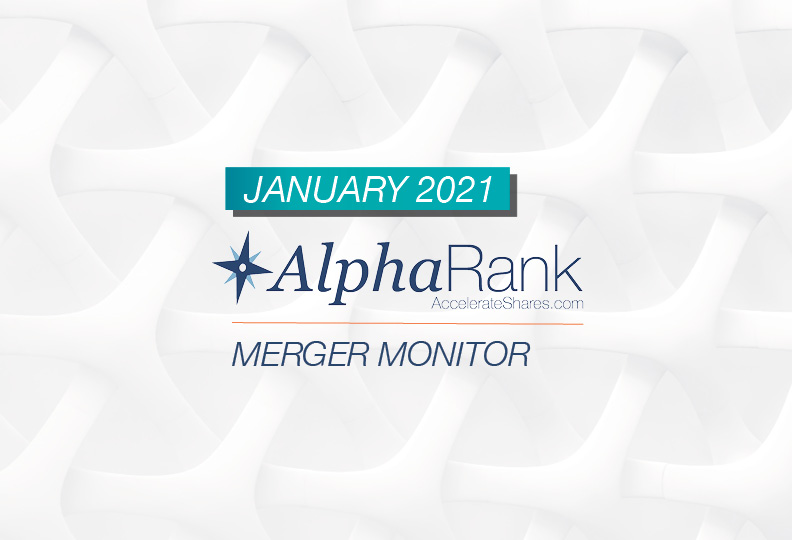 By Mike KessleringFebruary 1, 2021No Comments
Facebook0Tweet0LinkedIn0

February 1, 2021 – The current zeitgeist of Wallstreetbets retail traders versus hedge funds is roiling Wall Street.
A large contingent of individual investors, organizing on the popular message board website Reddit, have conspired to push up the prices of heavily shorted stocks, squeezing long-short hedge funds in the process.

This short squeeze dynamic has had far-reaching effects. Some hedge funds whose short positions have suffered at the “diamond hands” of Wallstreetbets speculators have been forced to cover their short positions and endure massive losses. These hedge funds were forced to “de-gross”, meaning also unwinding long positions and other strategies paired with their shorts, leading to declines in securities unrelated to the short squeeze campaign.

Merger arbitrage spreads have been affected by the de-grossing of large hedge funds, who have been unwinding merger bets looking to lower risk given losses taken in their long-short equity books.

Merger arbitrage yields started the year around 7% and have moved up to 10% due to hedge fund deleveraging. This increase in arbitrage spreads is not due to the escalation of risk in the market. Therefore, opportunistic investors can capitalize on higher potential returns without a commensurate increase in risk.

As a result of the Wallstreetbets vs. hedge funds war being waged, things are looking up in merger arbitrage. The past ten announced M&A deals offer an average yield of 4.3%. While these returns are nothing to write home about, they present a decent opportunity set in a zero interest rate environment where seemingly everything is overvalued.

In January, only 11 M&A transactions were announced, representing a total deal value of $44.5 billion. In contrast, there were $158.4 billion of deals across 21 transactions in December 2020.

Over the past month, there were a couple of notable mergers announced:

A number of deals of note closed during the month, including LVMH’s contentious acquisition of Tiffany, in which the buyer sued to terminate the deal prior to the parties agreeing to a seemingly meaningless -2.6% price cut. Two transactions were terminated in January, including Apollo Global’s proposed buyout of Cardtronics and Macquarie’s tabled acquisition of Alaska Communications. Both deals were aborted due to an interloper willing to pay a higher price for the target.

In a bid for “2021 M&A Event of the Year”, Cisco was forced to renegotiate its acquisition of Acacia, during which Acacia’s board of directors masterfully negotiated a stunning 64.3% increase in the price Cisco was to pay for the acquisition. Steadfast arbitrageurs who maintained their Acacia positions were richly rewarded after Cisco bumped its bid from $70.00 per share to $115.00. Thankfully, Acacia was the largest position in the Accelerate Arbitrage Fund (TSX: ARB). 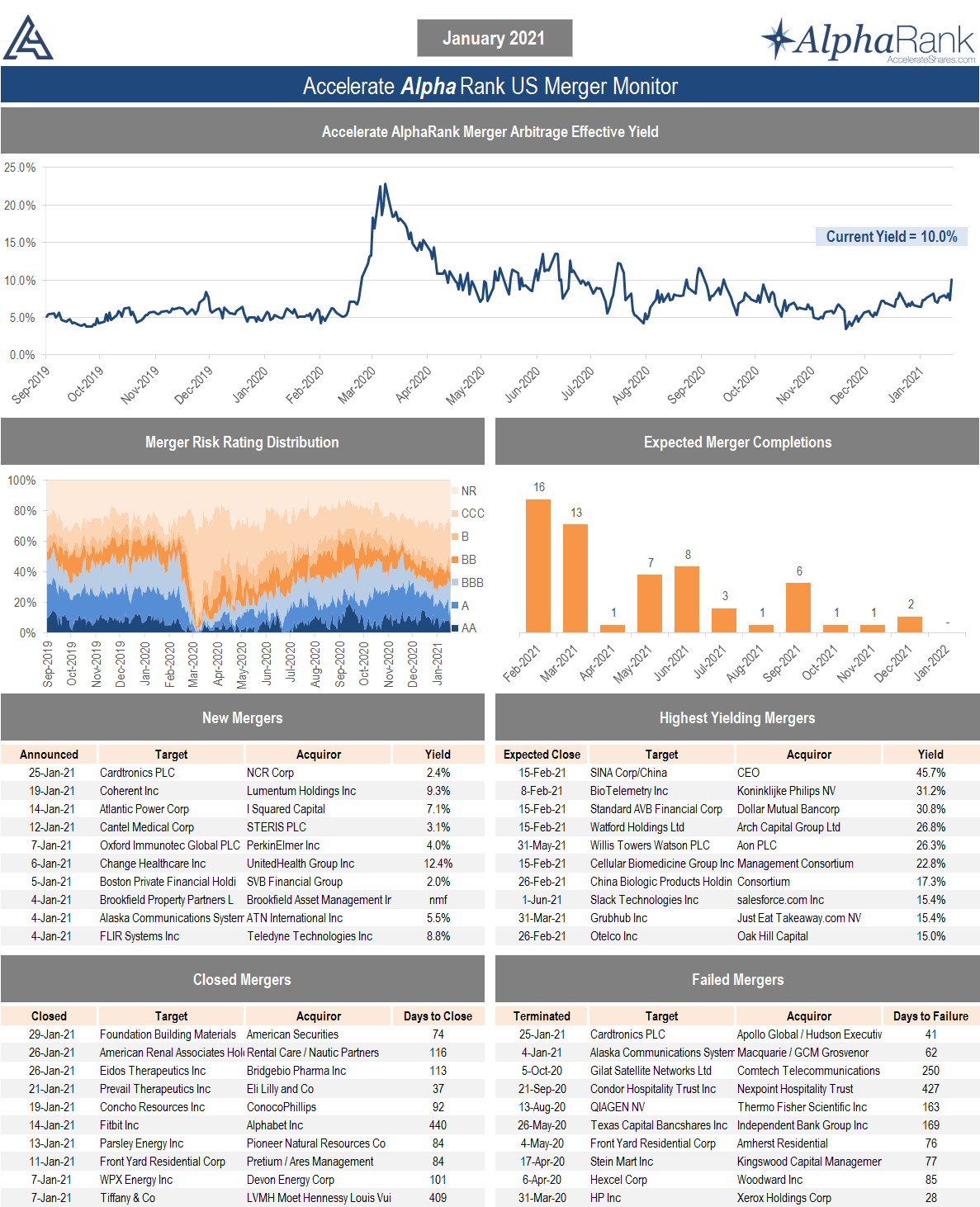 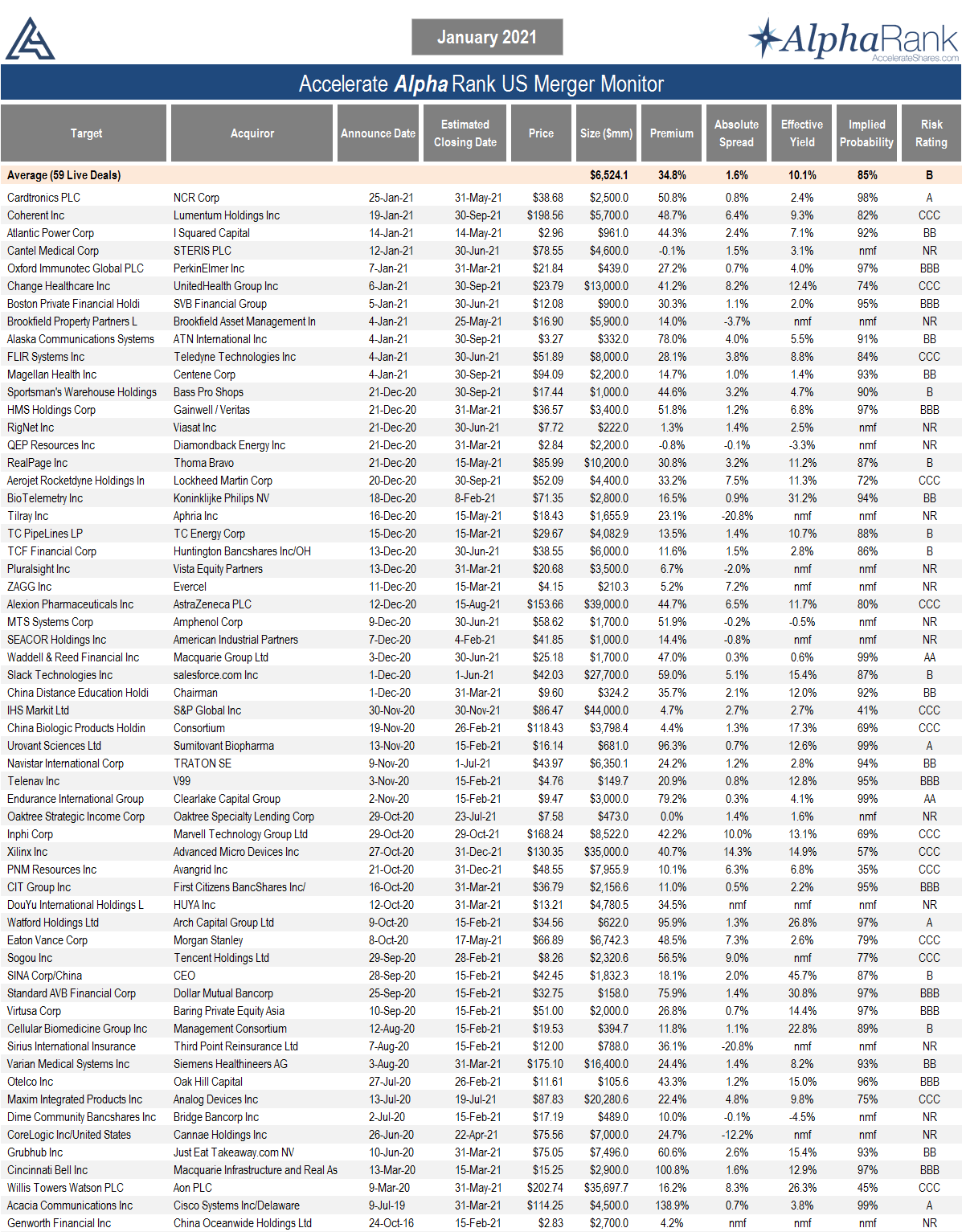