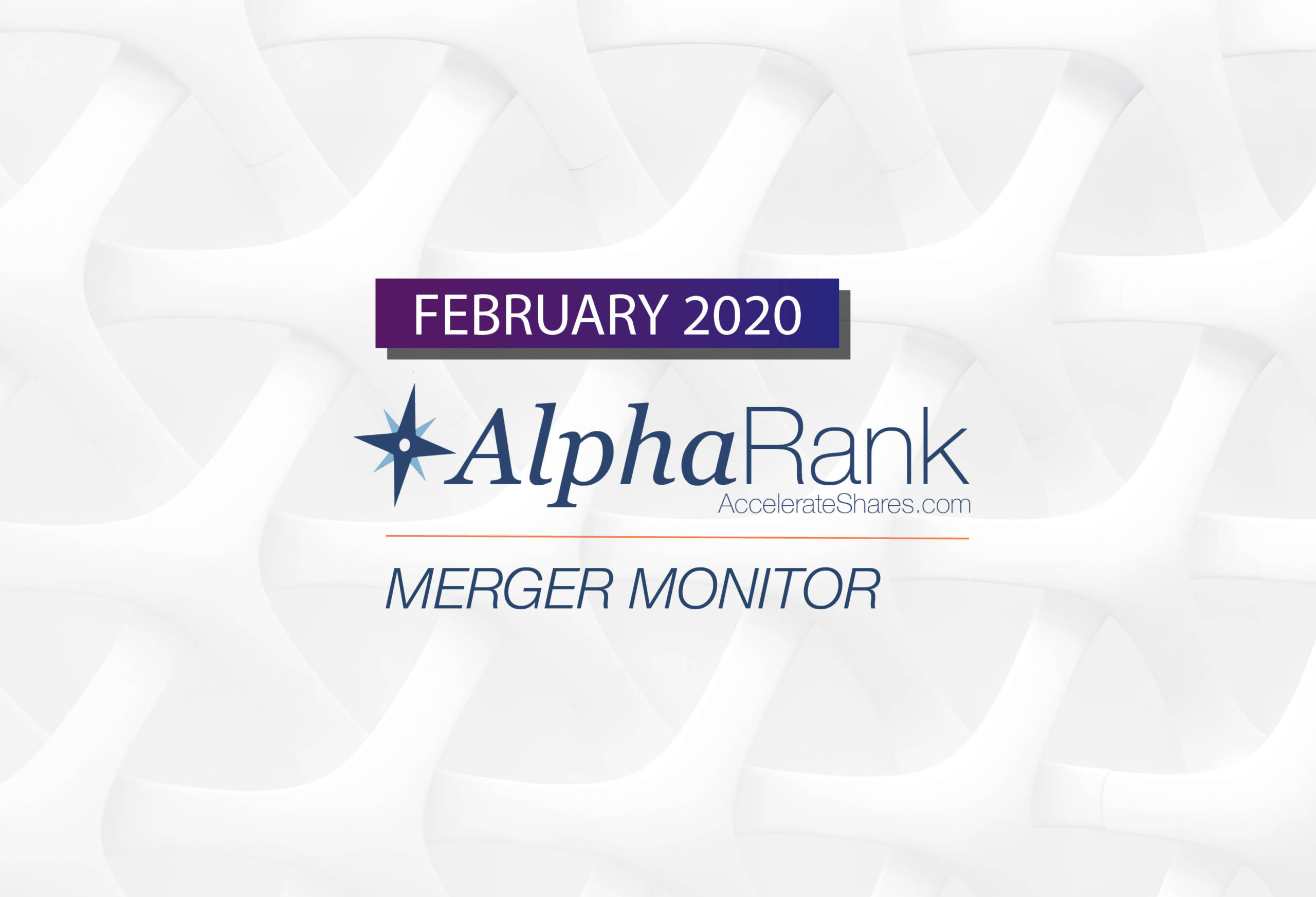 February 24, 2020 – The most notable event in M&A over the past month was the court approval of T-Mobile’s acquisition of Sprint.

Market participants had left this deal for dead, with many believing it only had a ~30% chance of succeeding. Sprint’s stock was trading at a nearly 50% gross discount to the all-stock merger consideration. Due to the positive court decision, which makes closing within the next month highly probable, Sprint’s stock rallied 130% thus far in February. The market got this one wrong.

The other interesting dynamic is that T-Mobile had the opportunity to play hardball with Sprint and re-cut the deal terms. While the market was expecting a roughly 10% reduction in the consideration for Sprint, T-Mobile announced that they were reducing the consideration payable only to controlling-shareholder Softbank, which owns about 84% of Sprint, leaving arbitrageurs unscathed.

We saw two large deals in the wealth management space. Franklin Resources announced its $6.6 billion merger with Legg Mason and Morgan Stanley reported its $13 billion acquisition of E*TRADE, which is the largest financial deal since the global financial crisis.

Real estate investment firms Starlight and KingSett Capital teamed up on a go-private of Northview Apartment REIT, which at $4.8 billion is the largest Canadian residential real estate deal on record (our database goes back 10 years).

At the end of January, Centene closed its massive $17.3 billion acquisition of WellCare and Platinum Equity closed its nearly $3 billion leveraged buyout of Cision.

While the market was previously expecting an increased offer, Kirkland Lake Gold ended up closing its friendly, all-stock acquisition of Detour Gold on the original terms of the deal. 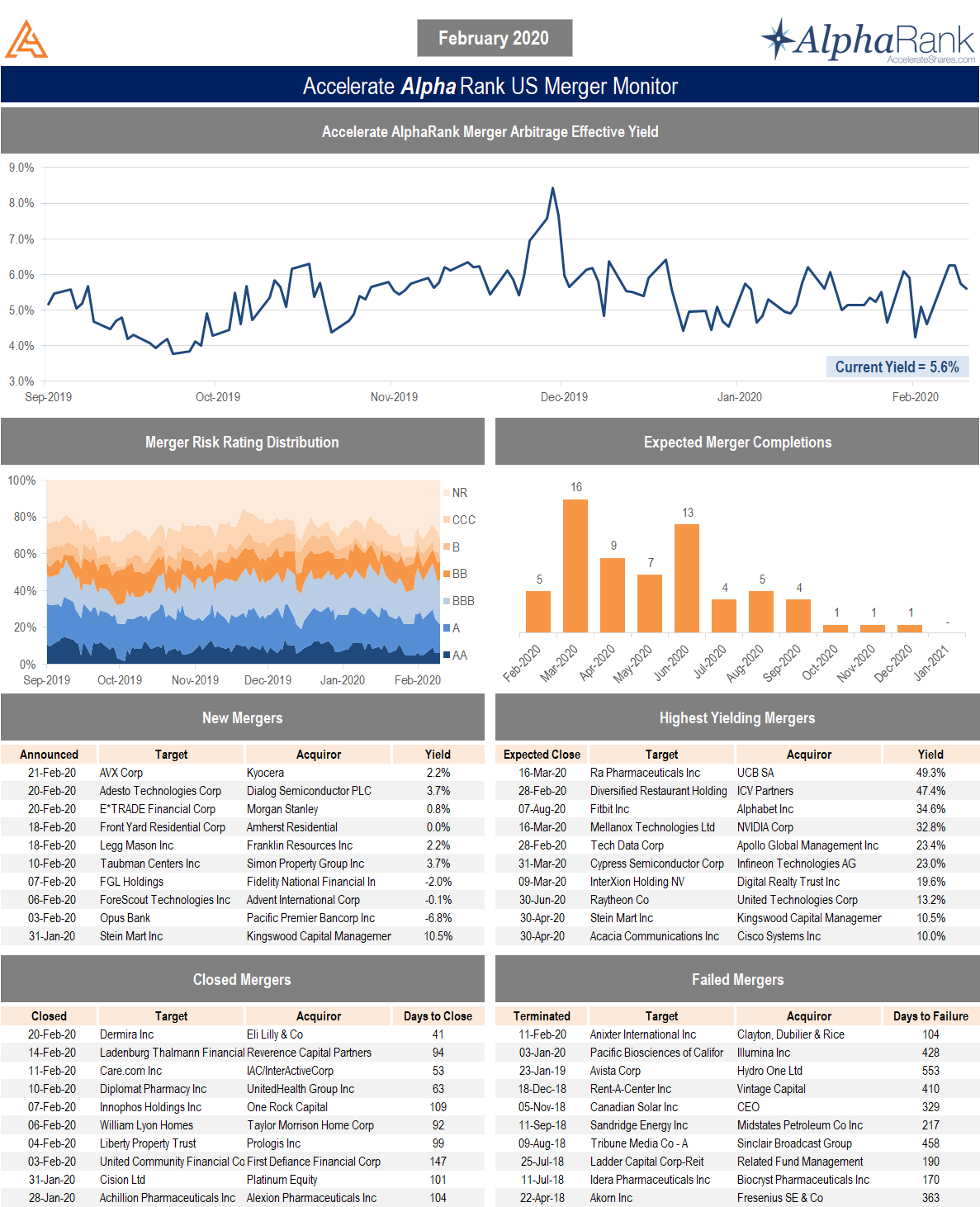 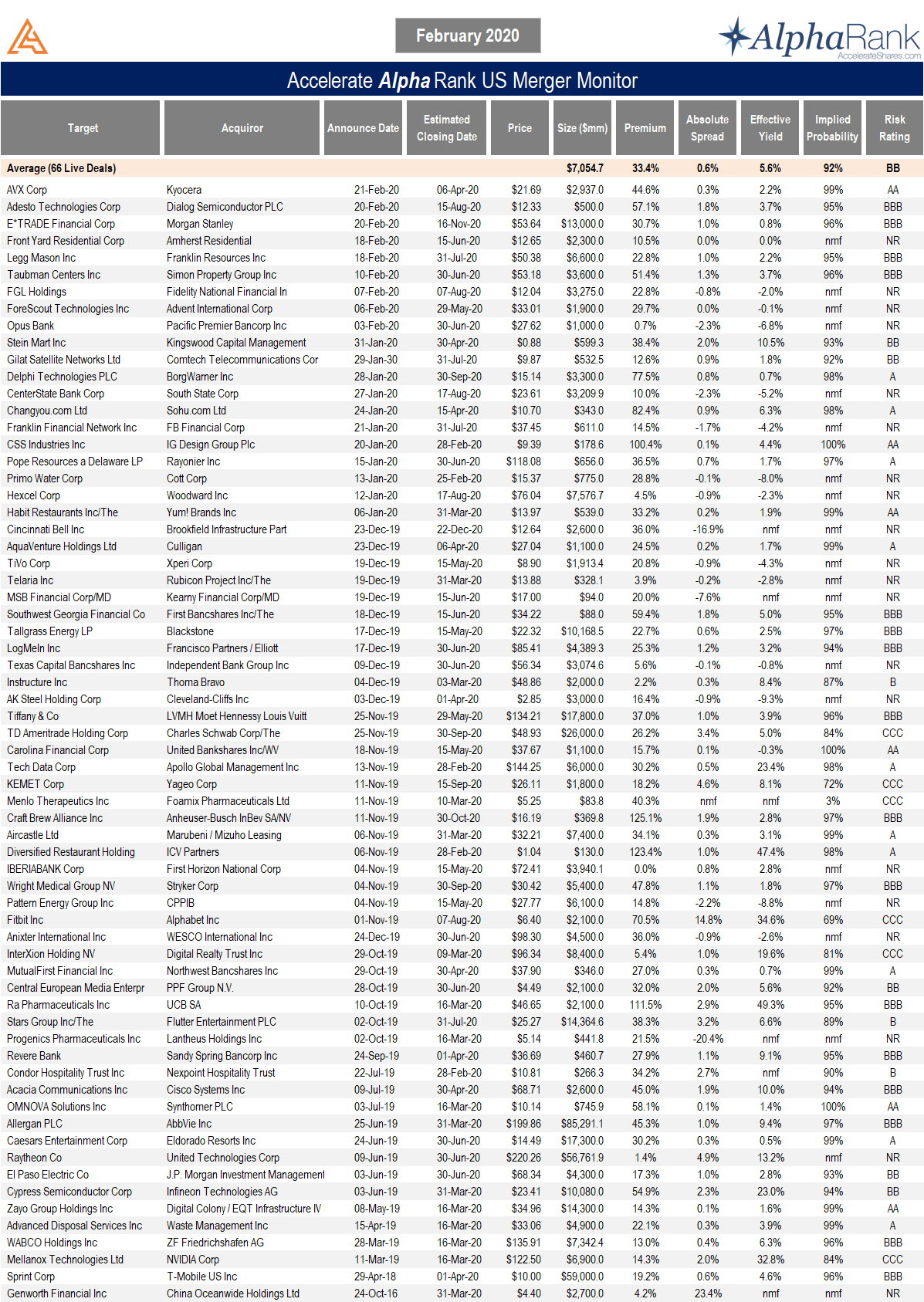