By Mike KessleringApril 28, 2020 No Comments 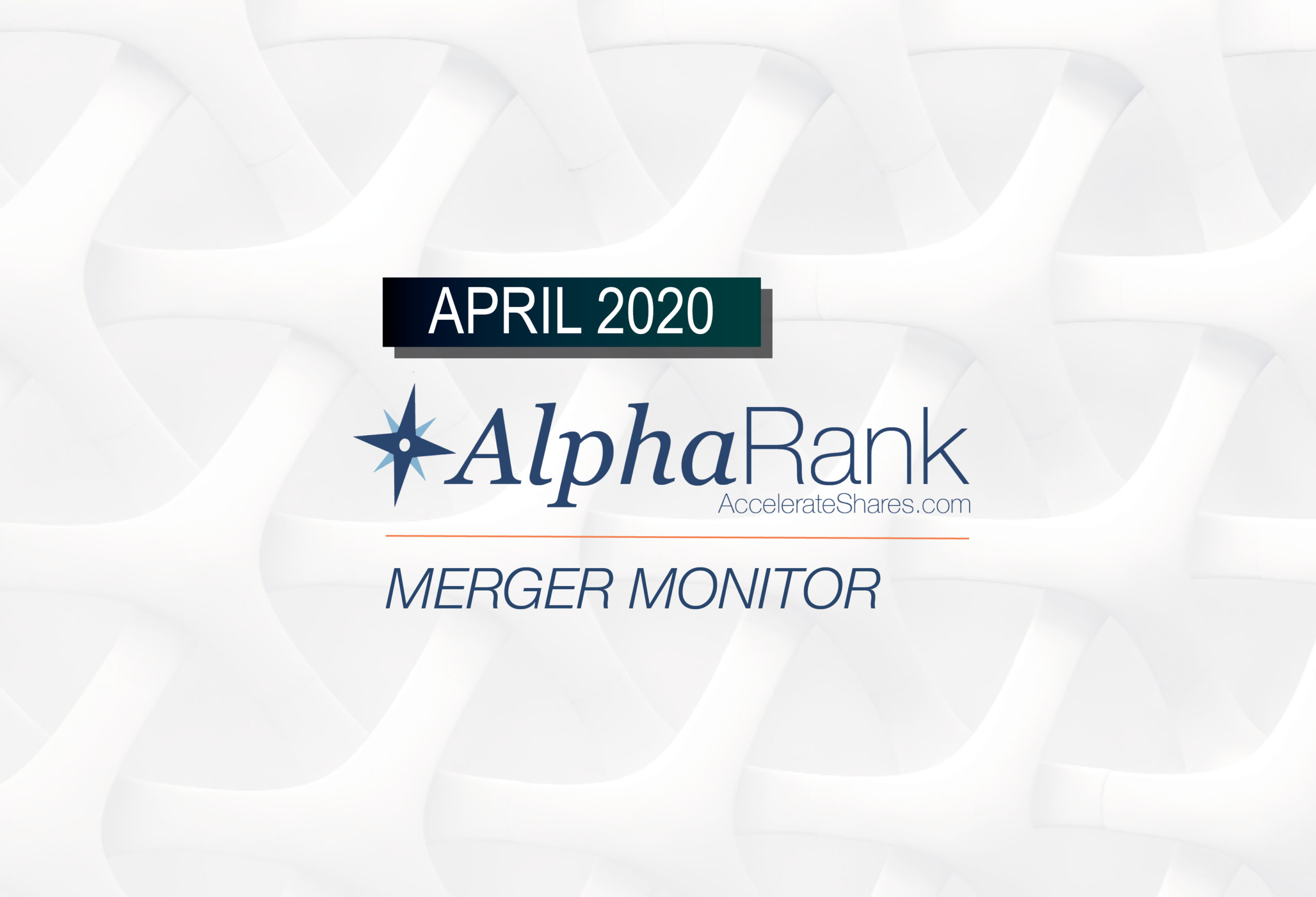 Five weeks later, that call was proven prescient. At the time, the market was pricing in pandemonium and a world-is-ending dynamic into merger arbitrage spreads, with the average implied probability of closing of just 60% and an average merger yield of 23%. This dire prediction by market participants did not come to pass, and merger arbitrage investors were rewarded handsomely as many deals closed on the terms and few were terminated.

Since the coronavirus market panic began in late February, 34 public M&A deals have closed in North America while only three failed (including one hostile deal which was shaky even prior to COVID-19). Zero deals have been repriced lower and one deal was repriced higher. Over the past two months, the success rate of public mergers has been 92%, slightly lower than the 94% historical average, but significantly higher than the 60% that the market was pricing in during the market trough last month.

Blackstone closed its $10 billion acquisition of Tallgrass Energy, whose share price was signalling a guaranteed deal-break in March, indicating that even financial buyers remain committed to closing definitive agreements. Tallgrass shares traded as low as $10.93 last month, providing enterprising investors the opportunity to earn more than a 100% return in one month if held to the $22.45 closing deal price. A similar dynamic was found in the small-cap go-private for Strad, whose shares traded as low as $1.05 in March, only to see the deal close at $2.40 a few weeks later.

While the coronavirus market panic has provided some exceptional investment opportunities, one drawback from a capital markets perspective is the slowdown in deal announcements. Corporations remain gun-shy with respect to M&A as they focus on their own operations, which have been significantly disrupted for many businesses. In April to-date, only two small deals have been announced, compared to five deals announcements in April of last year.

While merger spreads have tightened dramatically over the past month and the average yield has decreased from a record 23% to about 10%, the current average yield is still roughly double of that in February. The opportunity set for investors in merger arbitrage remains exceptional. 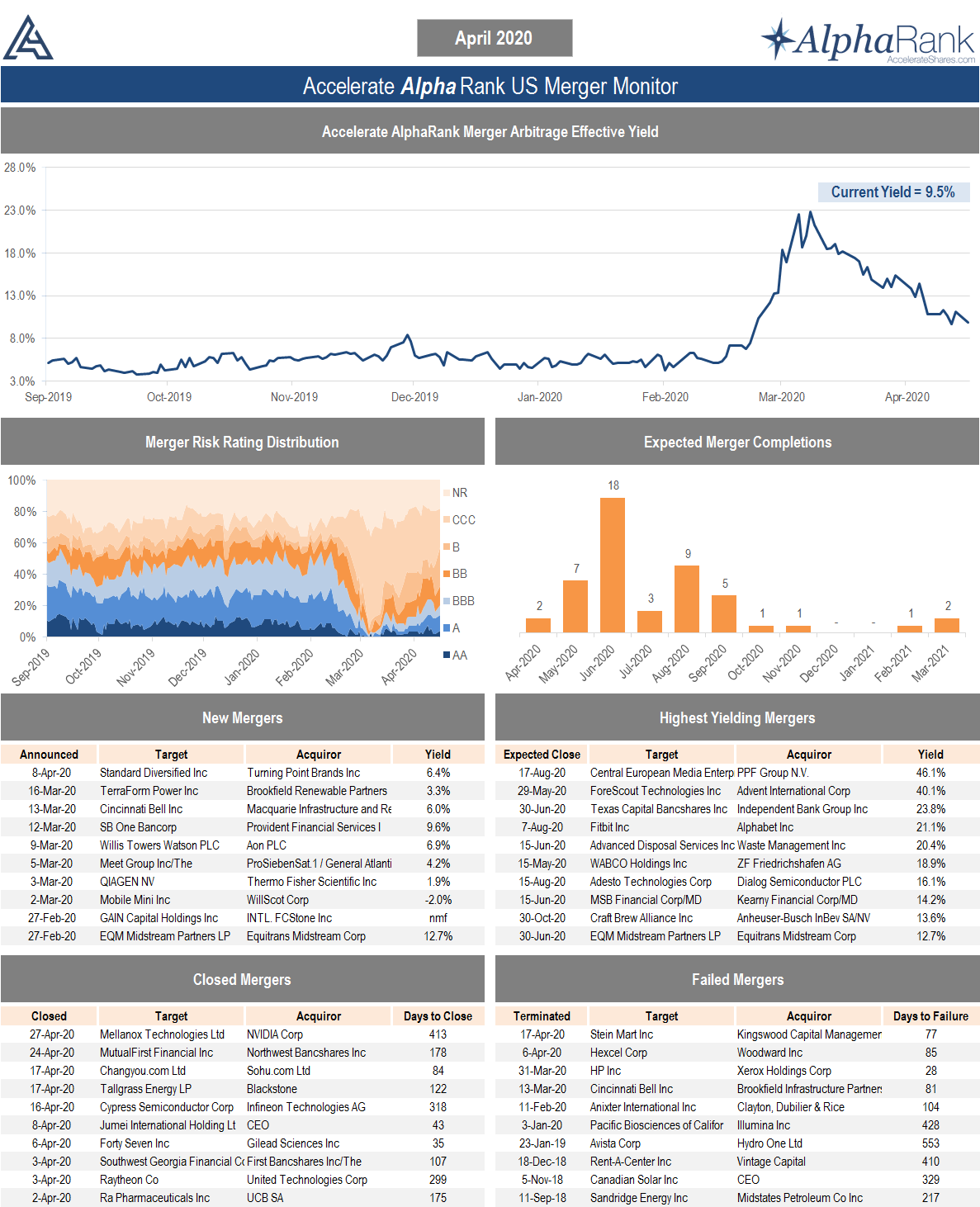 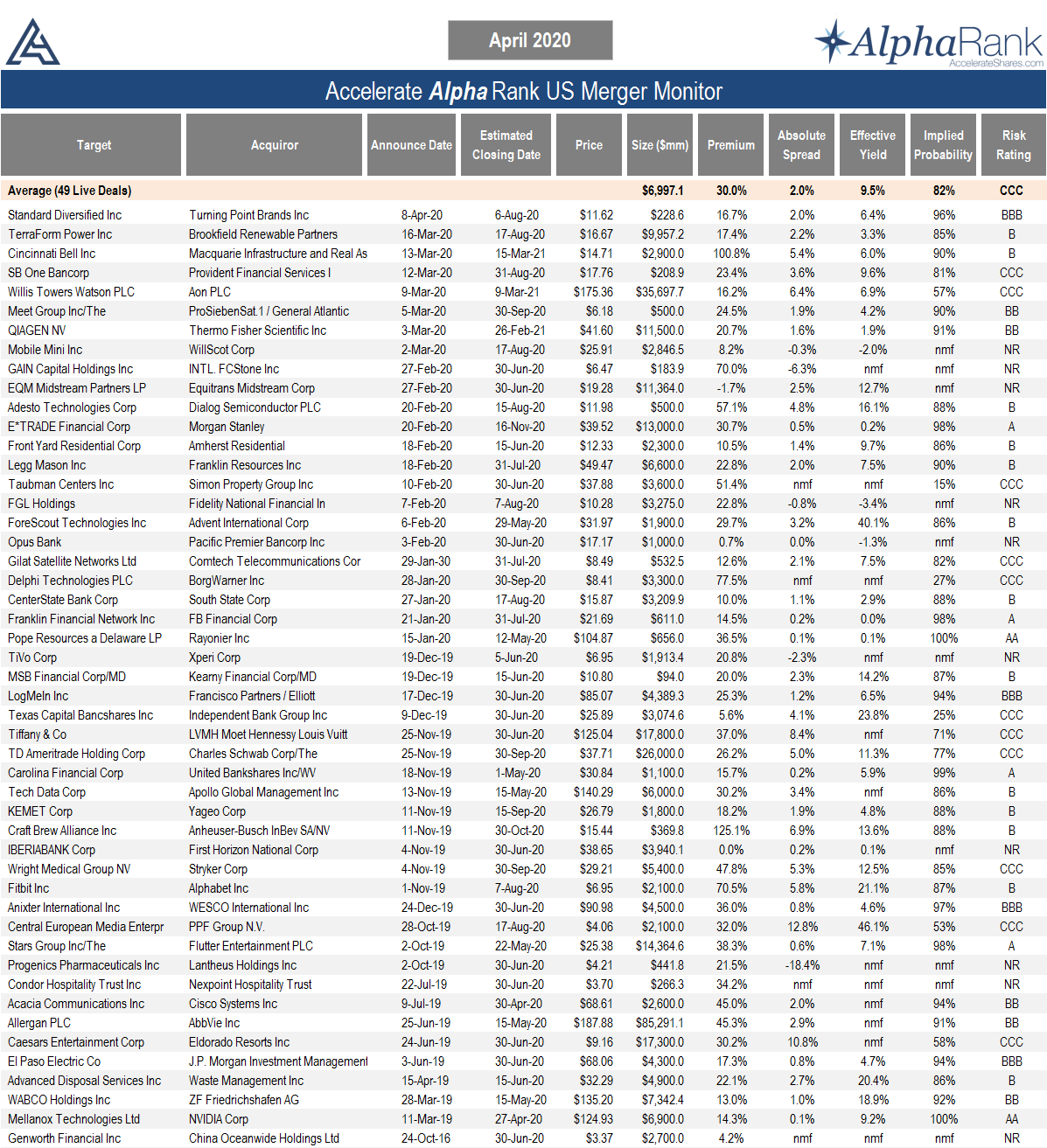