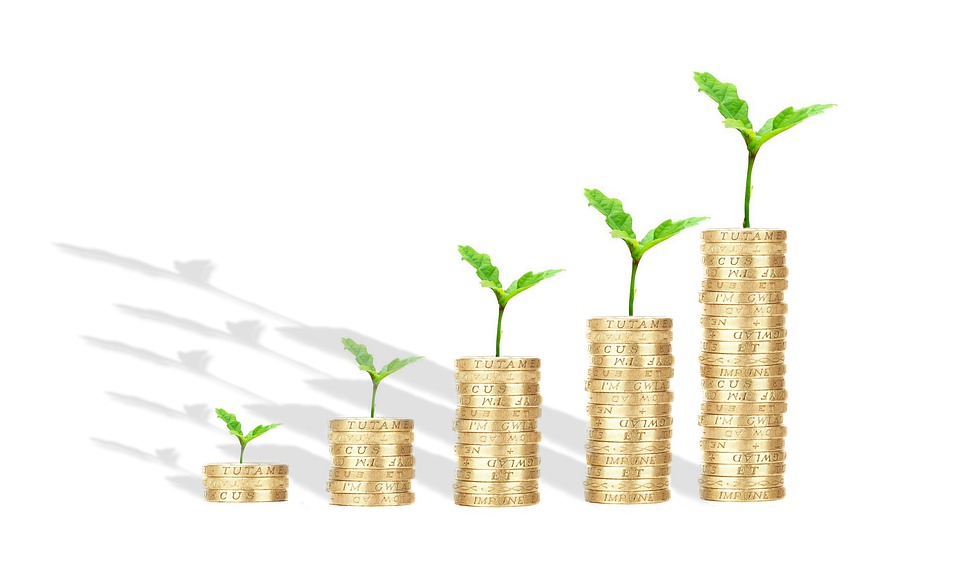 By Mike KessleringDecember 29, 2021No Comments
Facebook0Tweet0LinkedIn0 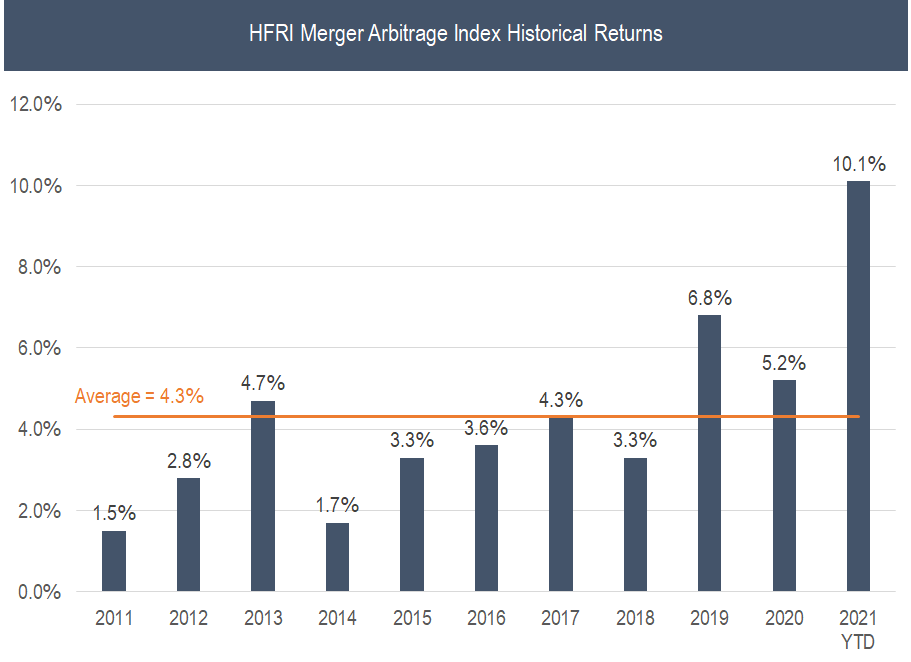 2021 was another year of positive performance, with the S&P Merger Arbitrage Index Total Return producing a 6.0% return year-to-date, while the HFRI merger arbitrage index gained 10.1%. 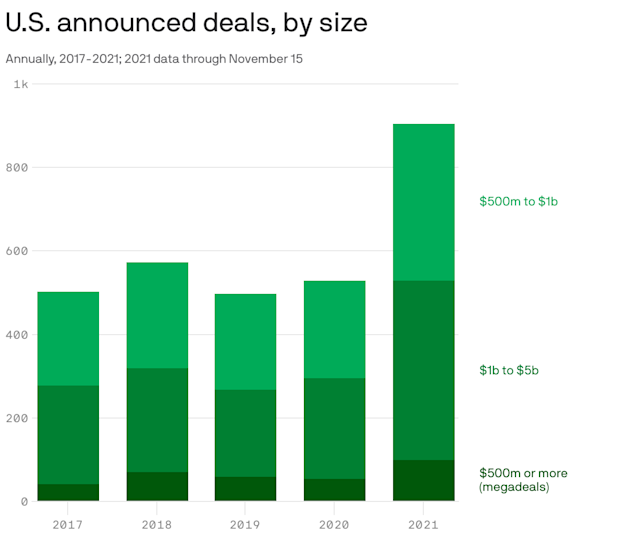 There were 247 publicly announced M&A transactions in the U.S. this year, one for nearly every trading day, representing an aggregate value of over $1 trillion.

In terms of completed or interrupted transactions, 166 deals closed in 2021, while 9 mergers were terminated and 8 overbids occurred in which an interloper offered a higher consideration for the target.

This annual tally indicates a 95.1% deal completion rate, including a 4.4% overbid rate and a 4.9% failure rate. Over the past decade, 6% of M&A transactions have been terminated, making 2021’s 4.9% termination rate better than average in terms of the success of merger arbitrage investments.

The higher success rate of merger arbitrage investments, due to a lower termination rate, combined with higher yields offered within the asset class, has translated into a bounty for merger arbitrage returns this year.

Despite having the reputation as perhaps the most consistent-performing hedge fund strategy, merger arbitrage is still woefully under-allocated to in most investor portfolios.

Nevertheless, given the attractive historical risk-reward metrics of merger arbitrage, along with its bright outlook, we expect the asset class to continue to grow. As they say, the “numbers don’t lie” and flows follow performance.

Our outlook for 2022 remains bullish. We foresee the record pace of M&A announcements continuing and expect the aggregate deal value to meet or exceed 2021 levels. The major risk potentially hindering this forecast would be a rapid rise in interest rates and an accompanying equity bear market.

We continue to forecast above-average returns for merger arbitrage, given the higher success rate combined with wider spreads and higher yields offered. 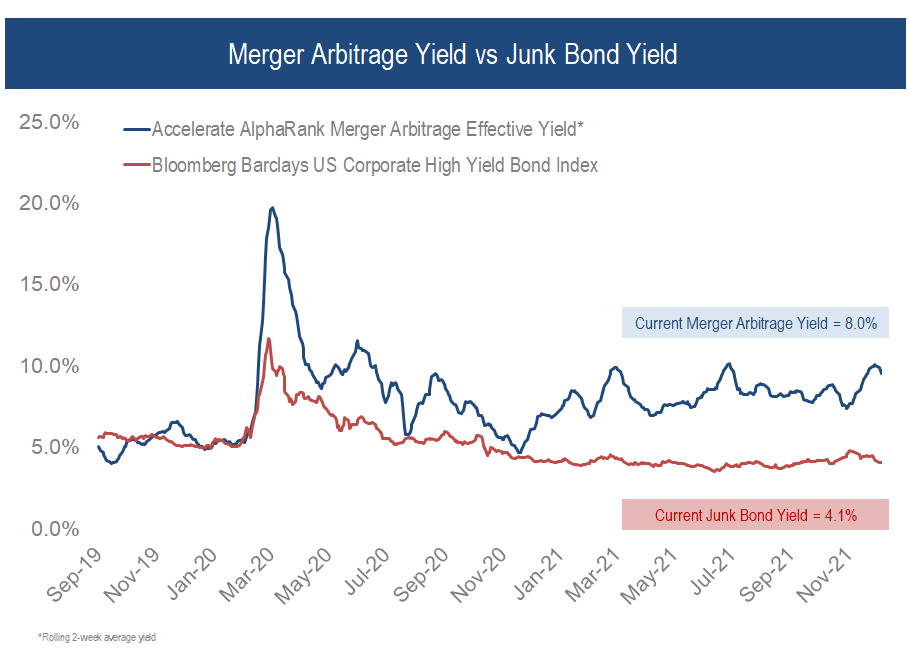 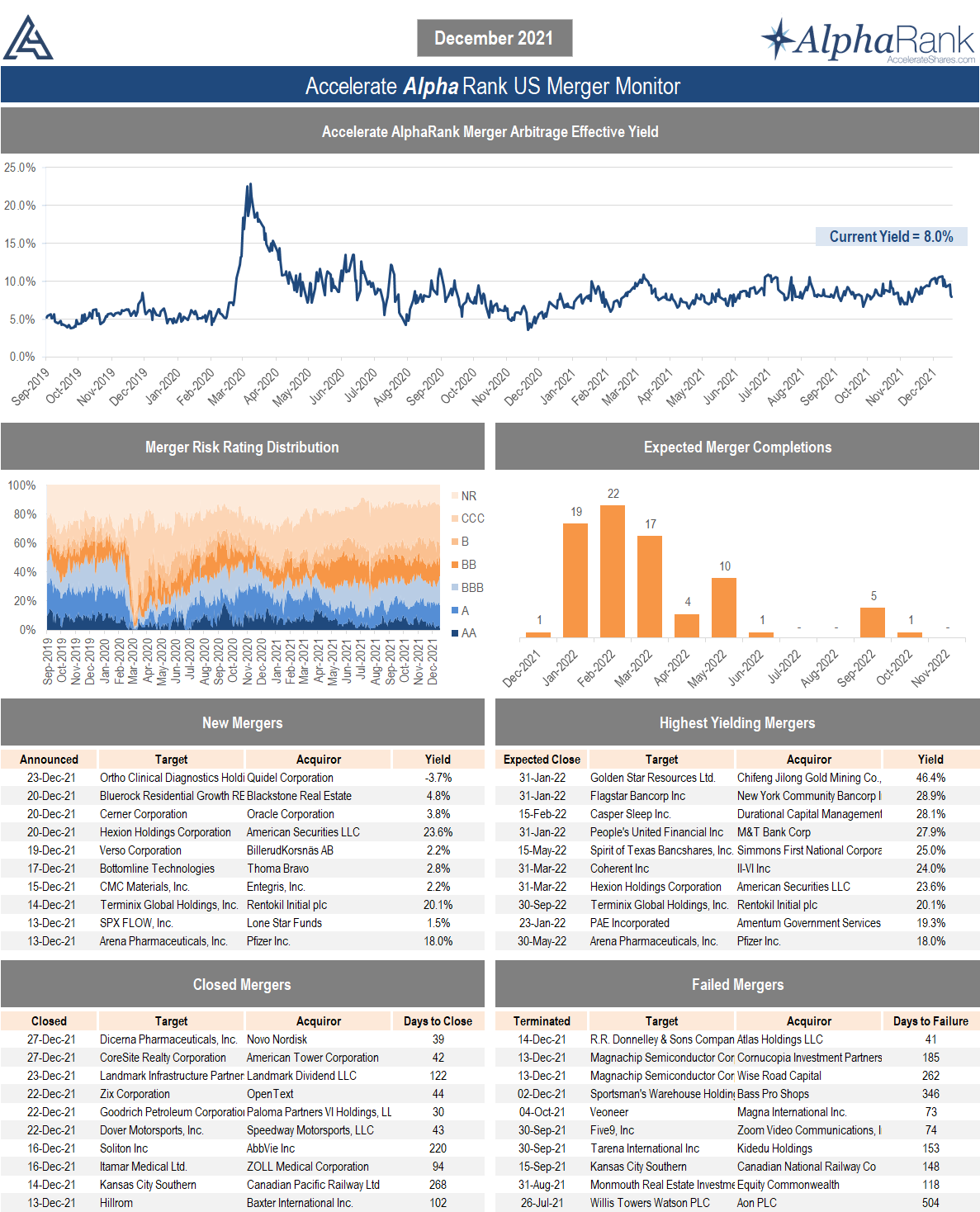 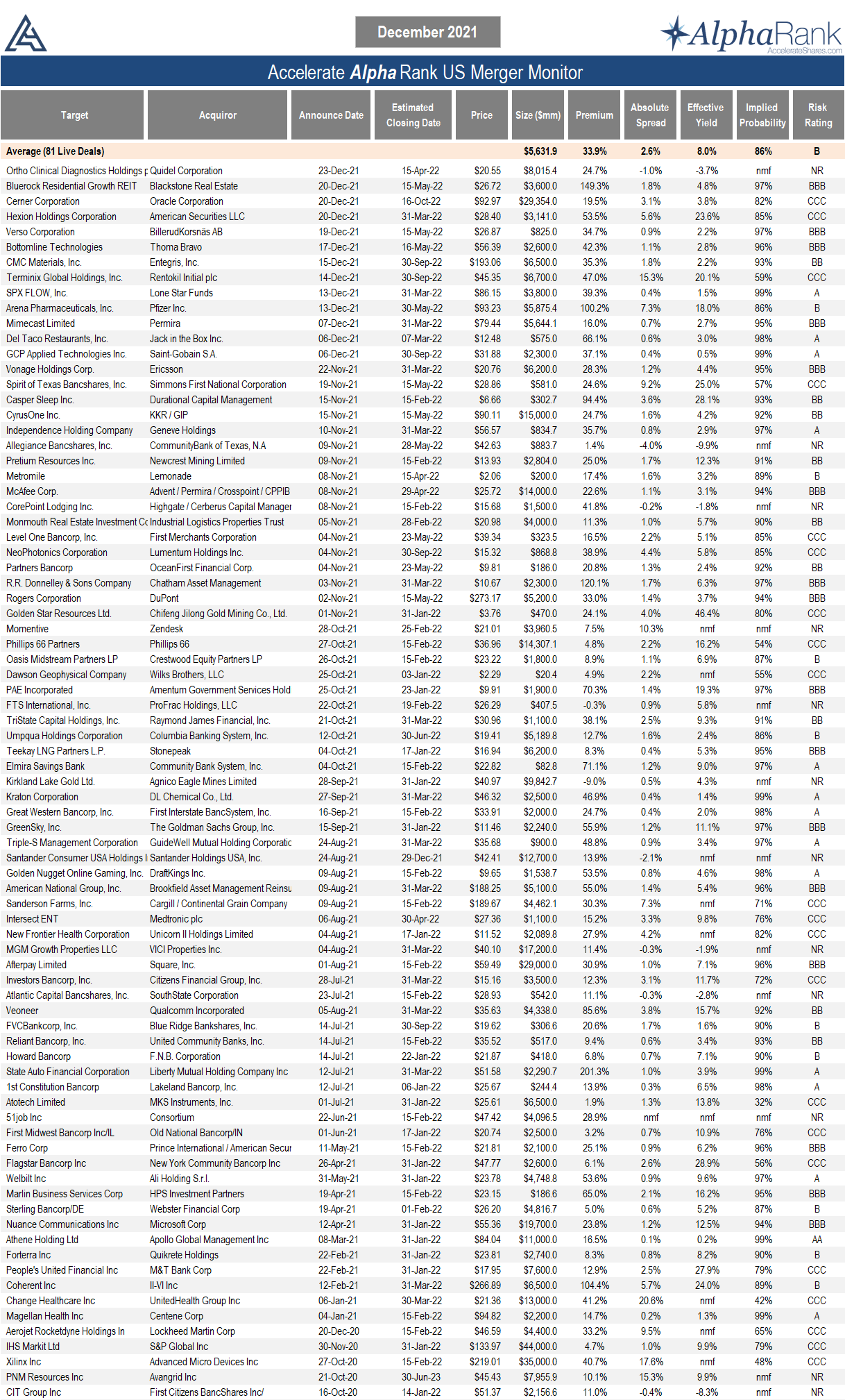