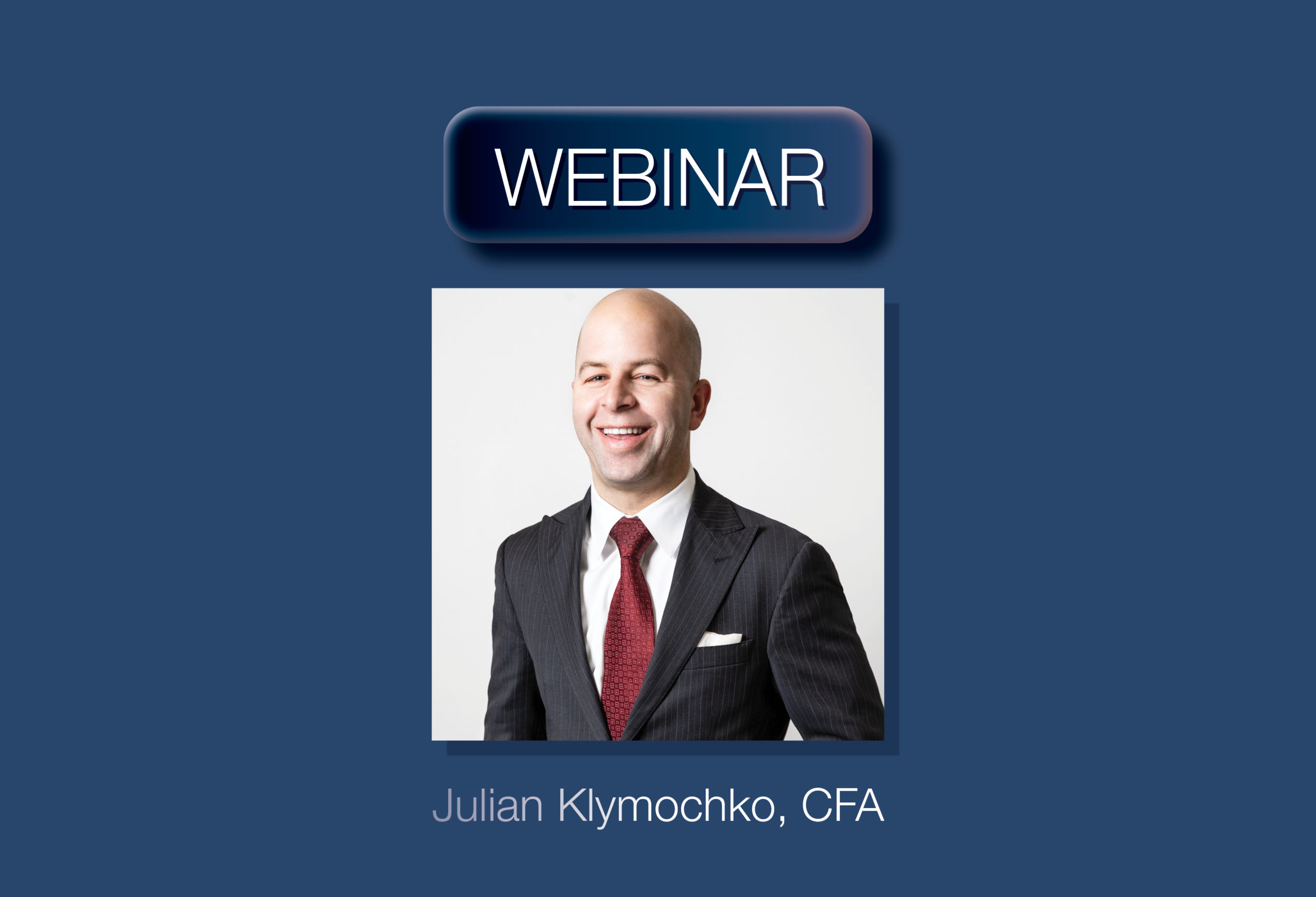 April 7, 2020—In Merger Arbitrage: A Strategy for Consistent Returns, you will learn how merger arbitrage can improve risk-adjusted returns in your clients’ portfolios and how it presents a generational buying opportunity that is perhaps even greater than that of 2008-2009. Some Benefits of Merger Arbitrage Include:

Julian is the CEO and Chief Investment Officer of Accelerate. Prior to founding Accelerate in February 2018, Julian was the Chief Investment Officer of Ross Smith Asset Management where he managed a number of alternative investment strategies for nearly a decade. He founded and managed a top performing Canadian alternative fund in 2017. Julian also managed a 6-time award winning market neutral hedge fund and founded an award-winning event-driven arbitrage fund. He is the author of the book Reminiscences of a Hedge Fund Operator and host of the Absolute Return Podcast.

Want to get your hands on merger arbitrage investment strategies? Learn more about the Accelerate Arbitrage Fund (TSX:ARB).

Well, What I wanted to focus on here is data, and this question actually relates to the second question I got that said, “Do you perceive that the current environment will cause more deals to fall through? If so, what perspective can you share?” So let’s look at the data, what’s actually happening here? In March, when yields peaked at the highest, 23% annualized, the market was pricing in about 50% of deals failing. That’s right, 50% compared to 6% historically. Now, with yields at 15%, the market is pricing in nearly 25% of deals failing. But if we look at the data, it’s February 28th since the coronavirus crisis started, 27 deals have closed while only 2 deals have failed. While one of those 2 deals was a hostile deal. That’s a 7% deal failure rate. I should say that 2 deals are on the ropes as well but they aren’t failed at this point but nonetheless, the market is implying that the estimates are way, way off and it’s just a liquidity-driven panic. It wasn’t really representative of the economic reality. For a buyer to back out of a deal is incredibly difficult. Many people are wondering about material adverse change clauses and such and a material adverse change clause has only worked once in the history of M&A, of all time. So, not too concerned about it. So that’s my thoughts on the massive dichotomy between reality and expectations. That’s really where the opportunity lies within this asset class.

You can do that. We don’t really utilize options. You can sell calls on top of your stocks but that reduces your upside in a bidding war scenario. You can buy a put option but that really provides the same effect as just having a smaller position size. So there’s many ways to structure these trades. If you want to do it through options, be my guest.

If you look at the numbers in terms of deal flow in January, 12 deals were announced in North America, in February there were 15, March certainly trailed off, 9. We have not had any yet in April, so it’s something to monitor and it’s not surprising that many aquirors are making their wallets shut when you have this massive bear market. There’s not much for countercyclical buyers. The other thing is many targets might not want to sell when their stocks are so low, so we are seeing somewhat of a decline in deal flow. But who knows how long that’s going to occur? We had a recent gold deal announced here in Canada, this was a couple of weeks ago, so it’s something to monitor but thus far we have been seeing fewer and fewer deals over the past 2-3 weeks. I don’t expect this to be a long-term trend though.

You basically look to buy early on to earn that yield. Ideally, hold until closing and get the consideration. As I indicated, some market participants like to market make on a spread, get in and get out. But you really expect them to be smarter than the market there. There’s nothing wrong with just buying and holding, earning that yield, as per what we do.

We did launch our Accelerate Arbitrage Fund today on the TSX under ticker ARB, so if you’re looking for easy ETFs with low fees to get access to Merger Arbitrage, there’s that option for you. In terms of how we execute, we’re not really market making in that one because we’re an ETF, so we like to buy and hold positions in that one.

The answer is for merger risk premiums to effectively reward arbitrageurs for providing that liquidity, allowing long-term investors to exit at a profit, but keeping some of that profit for themselves, so it’s really a risk trade-off, compensation taking on that deal risk.

This strategy is very important to run with diversification on sectors. You don’t want too much sector concentration because that can increase risks to the portfolio as we’re seeing right now in this whole corona panic. There’s a lot of pressure in commercial real estate and basically all real estate spaces which over the past 10 years have been a pretty consistent  asset class. However, 3 months ago, no one really expected this to happen. No one really expected everyone to be working from home, so it’s really important from a risk management perspective to diversify across sectors within a merger arbitrage portfolio and really have generally a diversified portfolio of merger arbitrage investments.

Basically, for any ETF you don’t really want to buy in the first hour or sell in the last hour of trading because the bid ask spread would be widest in those timeframes. So my advice to someone when trading any ETF, not just our ETFs, wait until an hour into trading when spreads and volatility settles for the day and you can get a better price.

It depends on the size of the acquiror’s stock. If it’s a large cap equity, there will be no effect. If it’s a small cap or medium cap stock, then that could cause the borrow rate to rise. So that’s why it’s important to get on your borrow quickly. Get it locked up and have good relations with your prime broker.

Certainly, there are liquidity concerns in every strategy. You’re hearing, over the past month, even liquidity concerns in the treasury market which is the largest market on the planet so there’s always something to consider for all investors in all asset classes is to make sure you don’t have an asset-liability mismatch. If you do have any sort of redemption terms, make sure that you can honour them within a fund structure.

What that means is that 94% has been, over the past 10 years, what we have experienced. The data shows that 94% of deals have closed and 6% have failed. Obviously, the past is not always indicative of what’s gonna happen in the future. This just provides investors with a roadmap in terms of setting expectations on the best estimate on an average go forward basis of what we can expect.

A really important rule that we have when running our strategy is we never go long a deal that has a buy side vote. Meaning, if the acquiror is issuing shares to buy the target, you see this quite often, is that certain exchanges- the NYSE typically requires that if they’re issuing more than 20% of the equity, the acquirors are required to have a vote on their side, so the buyer of the deal needs to have a shareholder vote- and this introduces pretty significant  risks into an M&A trade and here’s why: the notion of having a buy-side vote puts the acquiror in play, such that it leaves the acquirer exposed to a hostile takeover. And I see this every so often, basically once every year or two. And what happens here is an arbitrageur would buy the target, short the acquiror, and since the acquiror has to have a vote, this gives the potential interloper the opportunity to come in, offer a significant premium to the acquiror and what are the acquiror’s shareholder’s going to do? Are they going to vote for the target deal? Which probably made their stock go down? Or are they going to vote for a massive premium sale to this hostile interloper? It’s really a no-brainer, that hostile interloper premium offer is going to break the original merger arbitrage investment, the pair trade you put on as an arbitrageur. So not only is your long  position going to fall precipitously as the deal breaks but your short position is going to absolutely rip your face off because now the acquirer is going to sell to the hostile interloper at a substantial premium. So those are the deals that can really kill an arbitrageur. We have a rule to never go long a deal with a buy-side vote because it can lead to unacceptable blow-up risks. As we indicated in our strategy, we limit any deal to a 2% loss so let’s say a deal is 50% downside, that would say you can have a maximum 4% position. If it breaks and it falls apart, the small chance that it does, you’re only going to lose 2%.

One thing to consider is, I believe, SPACs, especially in the environment, offer an attractive risk-reward. SPACs are basically a cash-rich shell company. They don’t have operations, they just own Treasuries. And in certain market environments like the one that we’re in, they trade at a pretty decent discount through the treasury bonds they hold and the SPAC will go out and buy a target company and shareholders get to vote on that acquisition. And at the vote, holders of the SPAC can elect to redeem their shares to get the net asset value or what the underlying treasuries are worth. So you can earn arbitrage spreads by buying SPACs at a discount. There’s another notion that you can also get warrants on the SPAC that can provide further upside. I am a big fan of SPAC arbitrage, we got to be a cognisant of the low liquidity of SPACs. They’re a smaller percentage of our portfolio, a low-risk, low volatility percentage, so we do like the strategy but it’s very important that you don’t have that asset-liability mismatch and in each ETF you have daily liquidity so you have to be able to make sure that the underlying portfolio have sufficient liquidity, also the underlying liquidity can affect the bid ask spread, so that’s something to keep in mind.

The way an ETF works is you typically don’t have market impact. ETFs have what is known as a market maker on the bid and the ask, also known as a designated broker. So if you  want to buy units of it, you buy shares in the market. And once sufficient amounts of shares are bought from the market, they go ahead and create a new unit, they create more shares so it won’t affect the market price. The market makers are actively selling your shares and basically create more assets for the fund. That’s how ETFs work on a quick and dirty basis.