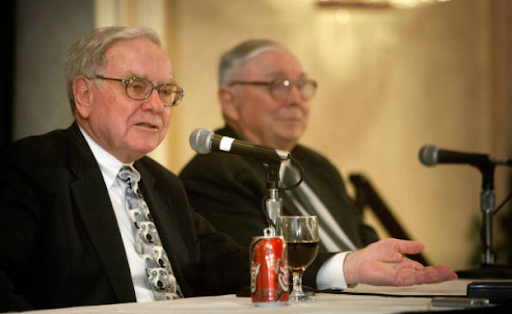 By Mike KessleringJune 1, 2021No Comments
Facebook0Tweet0LinkedIn0

June 1, 2021 – In their younger years, Berkshire Hathaway’s Warren Buffett and Charlie Munger were both aggressive hedge fund managers, with each running an investment partnership on behalf of wealthy clients.

Buffett launched his hedge fund, Buffett Partnership Ltd., in 1957. He established a phenomenal track record, compounding investor capital at 31.6% annually (before fees), with no down years, prior to retiring in 1969. Over this time period, the Dow Jones Industrial Average grew at 9.1% per annum.

After observing Buffett’s success in hedge fund management, Munger launched his investment partnership for wealthy clients in 1962. He ran his hedge fund until 1975, compounding his clients’ capital at 19.8% per year compared with 5% annualized for the Dow Jones. 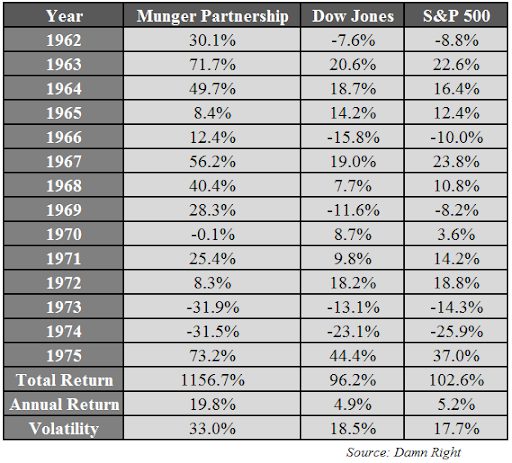 How were Buffett and Munger able to achieve such exceptional investment returns and crush the market indices?

While the two hedge fund pioneers had many strategies to deploy, one of their main strategies for generating consistently high returns was arbitrage.

Buffett had another term for arbitrage, calling it “workouts”. He described workouts in his 1964 letter to investors as follows:

“[Workouts] are the securities with a timetable. They arise from corporate activity – sell-outs, mergers, reorganizations, spin-offs, etc. In this category we are not talking about rumors or “inside information” pertaining to such developments, but to publicly announced activities of this sort. We wait until we can read it in the paper. The risk pertains not primarily to general market behavior (although that is sometimes tied in to a degree), but instead to something upsetting the applecart so that the expected development does not materialize. Such killjoys could include anti-trust or other negative government action, stockholder disapproval, withholding of tax rulings, etc. The gross profits in many workouts appear quite small. A friend refers to this as getting the last nickel after the other fellow has made the first ninety-five cents. However, the predictability coupled with a short holding period produces quite decent annual rates of return. This category produces more steady absolute profits from year to year than [undervalued stocks] do. In years of market decline, it piles up a big edge for us; during bull markets, it is a drag on performance. On a long term basis, I expect it to achieve the same sort of margin over the Dow attained by [undervalued stocks].”

During his hedge fund days, Buffett attributed his market-beating performance to “having a large portion of our money in controlled assets and workout (arbitrage) situations rather than general market situations at a time when the Dow declined substantially.”

By investing in absolute return strategies such as arbitrage, which are generally uncorrelated to the broad market indices, he was able to generate high rates of return even when the equity index declined markedly.

Specifically, Buffett detailed how he made high annualized returns in the Texas National Petroleum (TNP) merger arbitrage in 1964:

“The financial results of TNP were as follows:

(1) On the bonds we invested $260,773 and had an average holding period of slightly under five months. We received 6 ½% interest on our money and realized a capital gain of $14,446. This works out to an overall rate of return of approximately 20% per annum.

This TNP investment represents a standard merger arbitrage investment: A set payout within a defined time frame irrespective of underlying market dynamics to produce what we refer to as absolute returns.

As detailed in The Snowball by Alice Shroeder, “Munger did enormous trades like British Columbia Power, which was selling at around $19 and being taken over by the Canadian government at a little more than $22. Munger put not just his whole partnership, but all the money he had, and all that he could borrow into an arbitrage on this single stock —but only because there was almost no chance that this deal would fall apart. When the transaction went through, the deal paid off handsomely.”

While it is highly unusual for an arbitrageur to put their entire fund into one merger arbitrage trade as Munger did in 1962, he was anything but a conventional hedge fund manager. His highly volatile results indicated as much. Nonetheless, we would advise that investors take a more diversified approach (while acknowledging that Charlie Munger is one of the greatest investors of all time).

In Berkshire’s 1985 letter to shareholders, Buffett stated, “We sometimes enter the arbitrage field when we have more money than ideas.”

Buffett outlined this approach to asset allocation in 1986, “Arbitrage is an alternative to Treasury Bills as a short-term parking place for money – a choice that combines potentially higher returns with higher risks.  To date, our returns from the funds committed to arbitrage have been many times higher than they would have been had we left those funds in Treasury Bills.”

Munger and Buffett harvested the fruits of arbitrage for decades, racking up record-breaking returns and trouncing the market indices while taking minimal risk. In 1987, Buffett stated, “We have practiced arbitrage on an opportunistic basis for  decades and, to date, our results have been quite good.  Though we’ve never made an exact calculation, I believe that overall we have averaged annual pre-tax returns of at least 25% from arbitrage.”

1988 was a banner year for Berkshire’s arbitrage operations, as it generated $78 million in profits off of average invested capital of $147 million, representing a stunning 53% return that year.

These high returns continued for decades, starting with his first documented arbitrage trade in 1954, Rockwood & Co, a Brooklyn based chocolate products company, offered shareholders the ability to trade its shares for more highly valued cocoa inventory. By swapping their cheap shares for highly valued cocoa inventory, arbitrageurs, including 24-year-old Buffett, were able to capture the significant price differential as arbitrage profits.

Including the returns of the Graham-Newman partnership from 1926, Buffett estimated that the arbitrage investment strategy generated returns north of 20% annualized over the subsequent 63 years. Clearly, an arbitrage investment strategy offered investors a truly unique risk-reward proposition, as Buffett concluded: “Over the 63 years, the general market delivered just under a 10% annual return, including dividends.  That means $1,000 would have grown to $405,000 if all income had been reinvested.  A 20% rate of return, however, would have produced $97 million.  That strikes us as a statistically-significant differential that might, conceivably, arouse one’s curiosity.”

Despite the tremendous success of the asset class over many decades, along with the support of the greatest investor of all time, arbitrage remains an underinvested asset class by most investors.

The traditional 60/40 investment portfolio includes just two asset classes – stocks and bonds. Arbitrage does not have the cachet of equities or fixed income. The investment strategy remains shrouded in mystery, long a bastion of high risk-adjusted returns for wealthy families and institutional investors. Most people know what a stock is. Most people know what a bond is. Shockingly few know what is arbitrage, unfortunately.

With the standardization of modern asset allocation techniques, the democratization of information, and the emergence of innovative investment products, arbitrage is now available to all investors in easy-to-use, low-cost ETFs.

As interest rates hover near all-time lows and equity valuations surge to record highs, the outlook for traditional investment portfolios does not look appealing. Investors would be wise to look to two of the world’s greatest investors and allocate to Warren and Charlie’s favourite investment strategy, arbitrage.