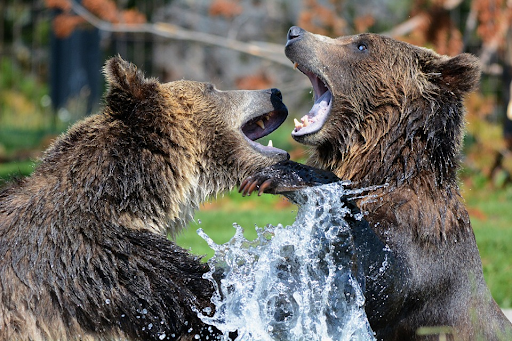 The Coronavirus Bear Market of 2020: What’s an Investor to Do?

March 17, 2020 – “The financial world is a mess, both in the United States and abroad. Its problems, moreover, have been leaking into the general economy, and the leaks are now turning into a gusher.In the near term, unemployment will rise, business activity will falter and headlines will continue to be scary. So…I’ve been buying American stocks.”

The article continues: “Why? A simple rule dictates my buying: Be fearful when others are greedy, and be greedy when others are fearful. And most certainly, fear is now widespread, gripping even seasoned investors.”

Warren Buffett wrote this opinion piece in the New York Times not on March 16, 2020, when the Dow dropped -13%, but on October 16, 2008, in the depths of the global financial crisis. At the time, many thought that the entire financial system was going to collapse. The VIX, also known as “the fear index”, hit 80 for the first time on record, indicating market panic and trepidation amongst investors. 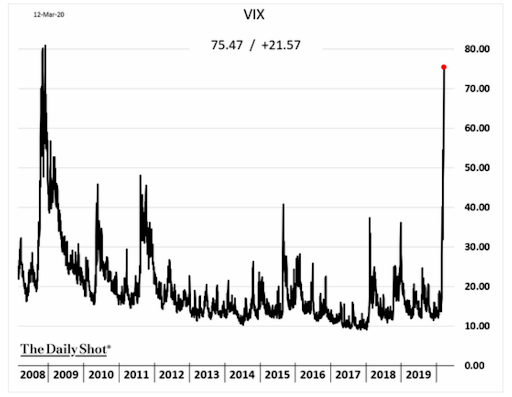 Last week, the VIX hit 75, a level only breached on three days during the dark days of October and November of 2008. Both Microsoft and Apple lost over $100 billion in market capitalization in Thursday’s trading session. As I write this, the VIX hit its highest level ever, closing at 82.69. This level exceeded the 80.86 level reached on November 20, 2008, when lawmakers postponed a vote on a plan to bailout the auto industry. The current market environment is highly unusual, to say the least.

Black Thursday, March 12, 2020, saw the TSX decline by over -12%, its largest loss in 80 years. This occurred after the index plunged -10% on Monday, at the time the largest drop since Black Monday of 1987. The fall in securities prices brought the Canadian equity index to the level it was back in 2007. Index investors have had 13 years with no capital appreciation.

The fact that we’ve had a bear market decline, with the market dropping over -20%, isn’t the surprising thing. Statistically, bear markets happen every 3.5 years.

What has shocked market participants has been the velocity of the drop. The market has never gone down this far, this fast. The pace of the decline is indicative of the dangerous combination of absolute panic and diminished liquidity. 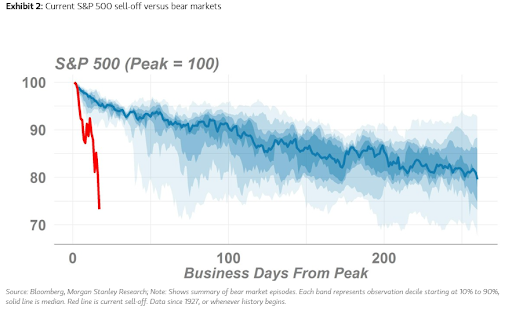 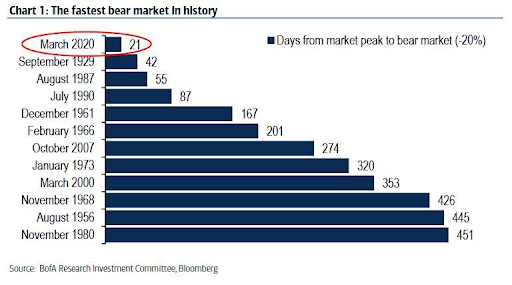 The vicious market plunge that occurred over the past three weeks was unmatched even during the bear market of 2008; From its peak in 2007, the S&P 500 took approximately 40 weeks to drop as much as we’ve declined in less than a month. The velocity of the recent market descent was far fiercer than that of even the crash of 1929, which preceded the great depression. The rapid deterioration in securities markets is solely due to market participants panicking regarding the economic uncertainty surrounding the coronavirus pandemic. It has been the fastest decline into a bear market in history by a longshot.

That being said, there is hope for investors. China has stopped the coronavirus dead in its tracks through strict isolation and treatment measures. The active cases of COVID-19 in China, the source of the outbreak, have fallen markedly and are seemingly on their way to zero. 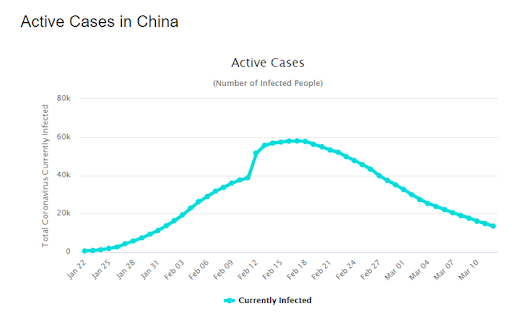 Aside from strict behavioural measures such as isolation and quarantine, the medical community is making strides to fight the outbreak. Early evidence indicates that chloroquine, a broadly-used medication for the treatment of malaria, has been effective in treating patients infected by the novel coronavirus. In addition, Kaletra, an HIV drug, has the potential to successfully treat patients with COVID-19. Also, remdesivir, a general antiviral treatment, may offer another effective treatment. It is likely that new treatments will emerge, given the many multi-billion pharmaceutical companies working intensely on discovering a vaccine. A bet against the stock market is a bet against human ingenuity, historically a bad bet.

Given the dramatic drop in stock prices, valuations have become attractive. The MSCI All-Country World Index (ex US) has hit a valuation level near the lows of the 2008-2009 global financial crisis, itself a generational buying opportunity. 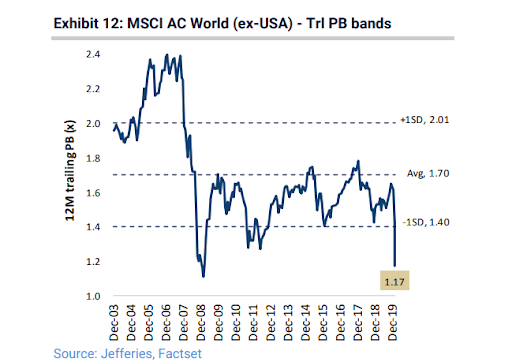 Equity markets are pricing in a deep recession and a sharp drop in earnings. Based on the current low valuations, historically stocks have bounced back 25% on average over the next 12 months with a nearly 100% hit rate.

Now is not the time to be selling. Even if one had the fortuitousness to sell their stock holdings before the crash, the chances of getting back in near the lows are effectively zero. Now is the time to own cheap assets. Imagine being able to invest at the same price levels as summer 2009, the tail end of the GFC.

Well, you can now do that, as the All-Country World Index (ex US) is trading at the same level as July 2009. 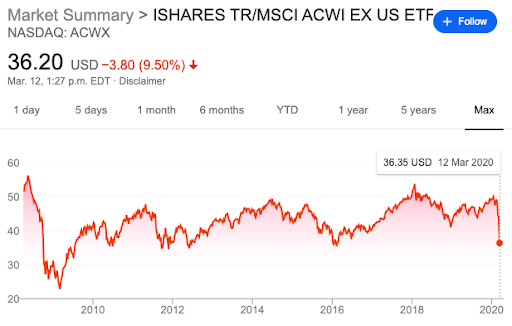 If you’re contemplating going to cash and waiting for “more visibility” on the coronavirus pandemic to get back in, you’ll likely miss out on the substantial recovery. Once the dust settles, securities prices will be significantly higher.

The opportunities lie not just in stocks but in many asset classes, including high yield credit, municipal bonds and merger arbitrage. For example, most merger arbitrage spreads are now yielding double digits, even low-risk deals that are closing shortly. The market is pricing in that nearly half of all outstanding deals are going to break. This compares to the 94% close rate over the past ten years.

As Buffett wrote during the maelstrom of October 2008, “If you wait for the robins, spring will be over.” Don’t let a short-term crisis throw you off your long-term financial plan.

In addition to not making any panicked financial decisions, we must be smart as a society in beating the coronavirus. The best way to do this is through self-isolation, practicing diligent hygiene and social distancing to prevent the spread of the virus. If we all did this, the pandemic would be over within weeks and we’d have a good chance at being back to normal by next quarter.

Fighting the pandemic is a challenging task, especially for front-line workers, but we all must do our part. At Accelerate, we have implemented a work from home policy and are strongly encouraging social isolation and no travel. The thing about building a financial technology company on cloud infrastructure, working from home for our team members (who are in Eastern Canada, Western Canada and the Southern U.S.) has been nearly seamless. This ensures that Accelerate’s pursuit of its mission will continue unabated and clients will continue to have uninterrupted access to our services, all within the context of helping society defeat the coronavirus through social distancing.

If you think that things are looking bleak, understand that we’re in the eye of the storm and we’ll likely be out of it soon. Once the effects of the virus begin to subside, we’ll have one hell of a snap-back in our daily life, the economy and the market. Make sure you’re positioned to capitalize on it. Until then, stay healthy and stay safe.