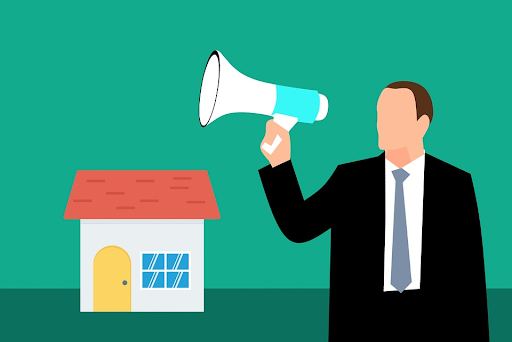 Live from the Trading Desk: The Anixter Bidding War

By Mike KessleringJanuary 7, 2020No Comments
Facebook0Tweet0LinkedIn0

January 7, 2020 – Some say that conducting merger arbitrage operations is akin to “picking up pennies in front of a steam roller.”

This disparaging (not to mention ignorant) statement refers to the fact that, like fixed income, most merger arbitrage investments have limited upside but substantial downside if things don’t work out as expected.

Nonetheless, the current takeover battle for Anixter International proves that this misconception could not be further from the truth.

A takeover battle reveals that merger arbitrage can provide substantial upside for arbitrage investors. In addition, the presence of multiple bidders competing in an auction process for a company reduces downside risk for shareholders of the target company. In the best case scenario for the seller in an auction, the buyers can suffer from what’s known as the “auction winner’s curse,” which occurs when the competitive dynamic convinces the ultimate auction winner to pay too much, to the benefit of the seller.

Anixter is an NYSE-listed distributor of communication and security products, electrical and electronic wire & cable.

On October 30, 2019, private equity firm Clayton, Dubilier & Rice (“CD&R”) announced the friendly acquisition of Anixter for $81.00 cash, representing a transaction value of $3.8 billion. The deal was struck at a slim 13.5% premium and a valuation of only 7.8x EBITDA.

This initial deal was not a very good proposition for Anixter shareholders. Since 2011, the average control premium paid in an acquisition of a public company has been 38%, compared to the low 13.5% premium for the initial Anixter bid.

Currently, the S&P 500 trades at 13.3x EBITDA, compared to the underwhelming 7.8x EBITDA for the initial Anixter bid.

Given the minimal premium and low valuation, it wasn’t a surprise that an interloper came over the top with a higher bid.

On December 26, 2019, WESCO announced a further increase in the consideration to $93.50 per Anixter share. This consideration boosted the takeover premium to 31.1% and the EBITDA multiple to 9.1x EBITDA.

The day after, WESCO bumped its unsolicited bid for Anixter to $97.00 per share. At this price, the bid represented a 36% premium (in line with the historical average takeover premium) and a valuation of 9.5x EBITDA. More importantly, since WESCO has similar operations as Anixter, there exists a substantial opportunity for cost reductions, referred to as synergies. WESCO estimated these synergies to be greater than $200 million annually.

The average analyst estimate for Anixter’s EBITDA in 2020 is $485.5 million. The $200 million of estimated synergies, or cost savings, represents 41% of Anixter’s EBITDA. These substantial synergies provide WESCO with a tremendous opportunity to generate shareholder value by making a highly accretive acquisition and also represents a unique competitive advantage in a bidding war compared to a purely financial buyer like CD&R, who has no opportunities for synergies.

The only way CD&R can compete with a strategic buyer, given its lack of synergies, is to settle for a substantially lower future return on capital than WESCO.

On January 3, 2020, in a regulatory filing it was disclosed that CD&R offered to buy WESCO for $68.00 per share, representing a premium of 23%, on December 8, 2019. The offer was contingent on CD&R completing its takeover for Anixter.

Clearly, CD&R is rational and knows how valuable consolidating WESCO and Anixter would be, given the more than $200 million in potential synergies.

The other very interesting dynamic in the takeover battle for Anixter is shown through WESCO’s actions after receiving takeover interest from CD&R.

A “Pac-Man defense” is a corporate takeover defense mechanism a company can use when it receives an unsolicited, or hostile, takeover proposal from another company. The Pacman defense entails the target turning the tables and bidding for the potential acquiror in order to prevent itself from being taken over.

In the Anixter, CD&R and WESCO takeover battle, it is clear that WESCO does not want to be taken over by CD&R. WESCO wants to harvest the $200 million in synergies, a tremendous value creation opportunity, for its own shareholders instead of allowing CD&R to buy both Anixter and WESCO in order to unlock this value for its own investors.

In addition, typically management teams want to save their jobs. If CD&R took over WESCO, WESCO’s management would be part of the synergies – also known as job cuts. If WESCO could takeover Anixter, it would save WESCO management from losing their jobs as they could cut costs from the Anixter side.

An Early Christmas for Arbitrageurs

There are two non-fundamental dynamics playing out in this takeover battle which benefit arbitrageurs:

These two dynamics result in one major beneficiary: Anixter shareholders. 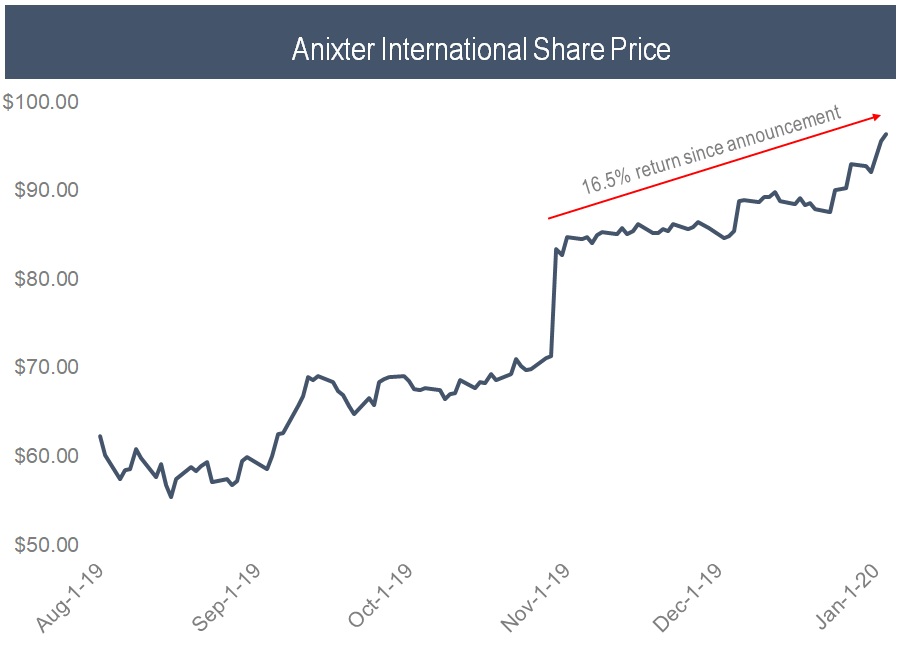 The current “spread” in outstanding merger arbitrage opportunities is 1.4%, which equates to an annualized return, or yield, of 5.0%.

Instead of earning this somewhat pedestrian spread, Anixter shareholders have been rewarded with a 16.5% return since CD&R’s first bid was announced. This 16.5% return over two months is roughly 100% on an annualized basis, substantially more than the average 5.0% annualized return available in merger arbitrage currently.

The Anixter takeover battle provides the opportunity for arbitrageurs to make returns above and beyond what is expected in plain-vanilla arbitrage.

Picking up pennies in front of a steam roller?

Nah. Anixter shareholders are picking up dollars with low risk as they benefit from the auction winner’s curse.

Note: Anixter is part of Accelerate’s reference arbitrage portfolio. Interested in merger arbitrage? Contact Accelerate at info@accelerateshares.com to learn how we can help.