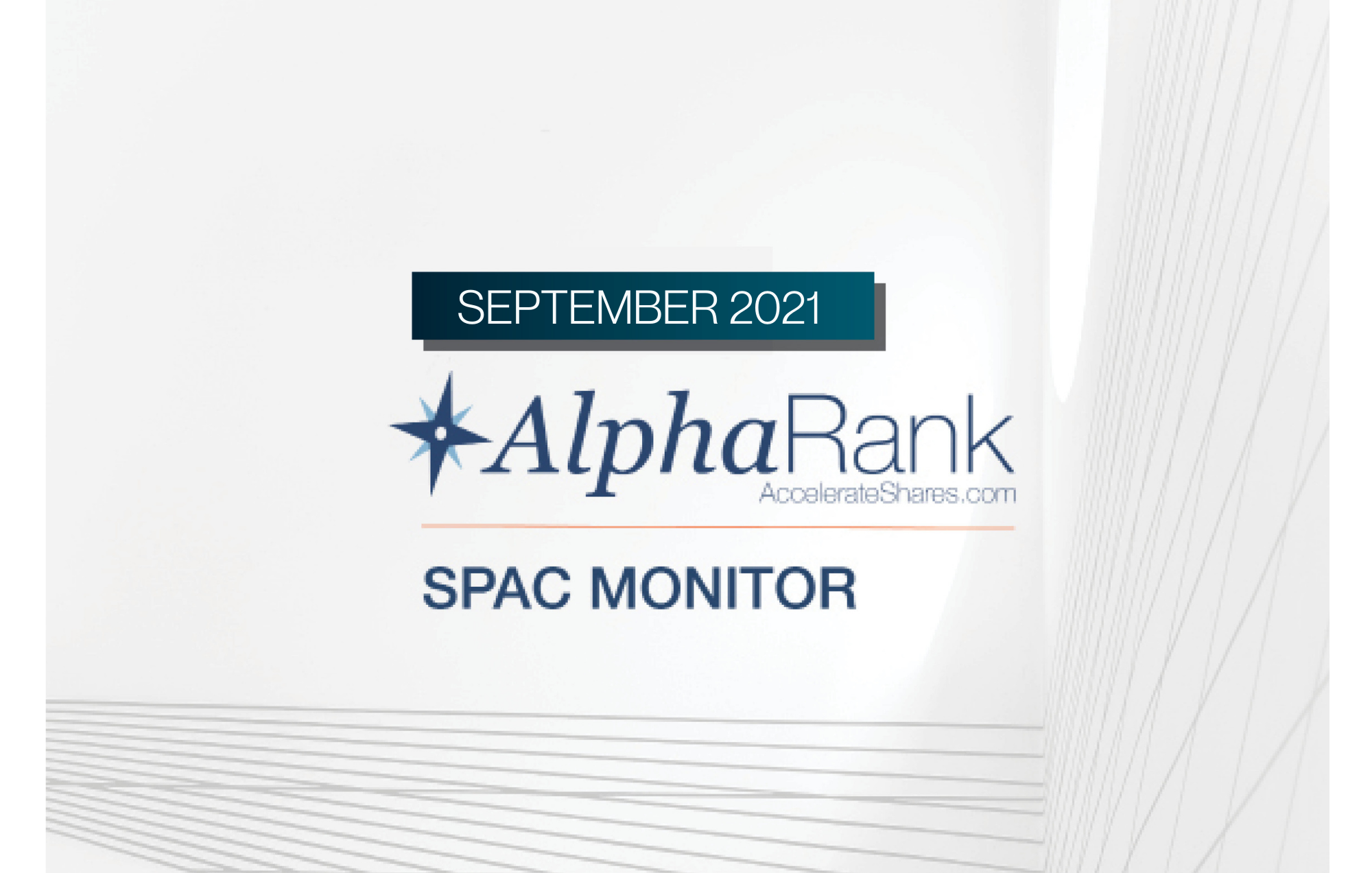 By Nouha EzzineSeptember 24, 2021No Comments
Facebook0Tweet0LinkedIn0

September 24, 2021 – The SPAC market seems to have finally reached its equilibrium point as the total number of SPACs outstanding remained flat over the past month.

The 26 IPOs issued, raising $4.8 billion, since the release of the August SPAC Monitor were offset by the 26 deSPACs, with $8.6 billion in trust, over the same period. 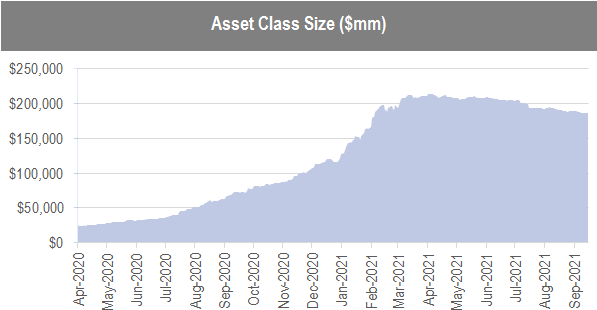 Despite the number of SPACs outstanding remaining steady, the total market capitalization decreased by $4 billion to $186 billion.

These days, the majority of the capital allocated to maturing SPACs is redeemed at the deal vote, with proceeds being allocated to existing blank checks trading at a discount.

As the size of the market size declines, this dynamic of capital recycling has the effect of raising prices (and reducing discounts).

Over the past month, we have seen this dynamic play out as the SPAC Index gained 0.7%. As prices have increased, yields have declined and discounts have tightened. 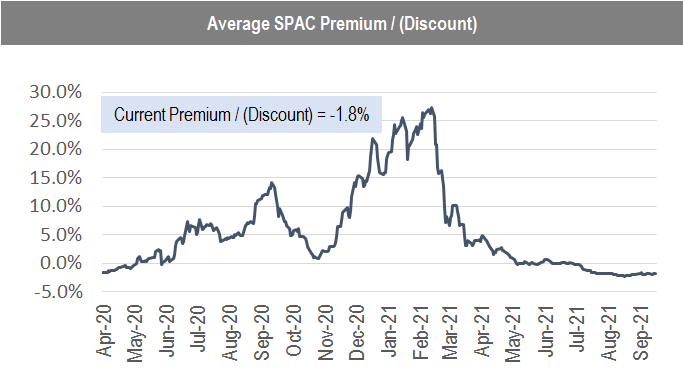 While it appears that the SPAC market has bottomed and is once again on the up-and-up, the opportunity set has not disappeared. As a result, the average SPAC discount remains at -1.8%, up slightly from -2.3% last month but materially below its LTM average of a 5.5% NAV premium.

With the elevated level of SPAC redemptions, which occur when an investor requests their $10.00 + accrued interest before deal closing, an interesting market dynamic has emerged: the post-SPAC-redemption meme stock.

For example, Amplitude Healthcare Acquisition (AMHC) announced that 92.6% of its shareholders chose to redeem their shares for NAV on the eve of the closing of its merger with Jasper Therapeutics. With these negative deal dynamics, in which nearly all SPAC shareholders voted with their feet and took out their money, one would expect poor deSPAC performance.

However, in an era of meme stocks, some odd trading dynamics can occur. Specifically, once speculators recognize that redemptions are high, they realize the float of the deSPAC will be low, and therefore easy to manipulate (under the guise of a potential short squeeze).

In AMHC’s case, this resulted in a 46% share price rally. 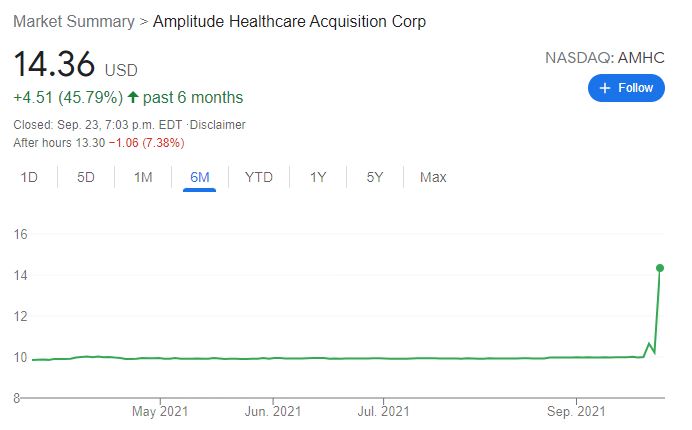 I note this dynamic because it has opened up a brand new arbitrage trading strategy: the SPAC redemption tender withdrawal arbitrage.

Occasionally, transfer agents permit SPAC holders to withdraw their redemption after the vote (but before getting paid), allowing shareholders to sell at a premium to NAV, if the SPAC has turned into a post-SPAC-redemption meme stock, instead of settling for NAV with a redemption.

It remains to be seen if this odd meme stock trading dynamic in deSPACs will prove enduring, however, we’ll seek to capitalize on it for as long as it lasts. 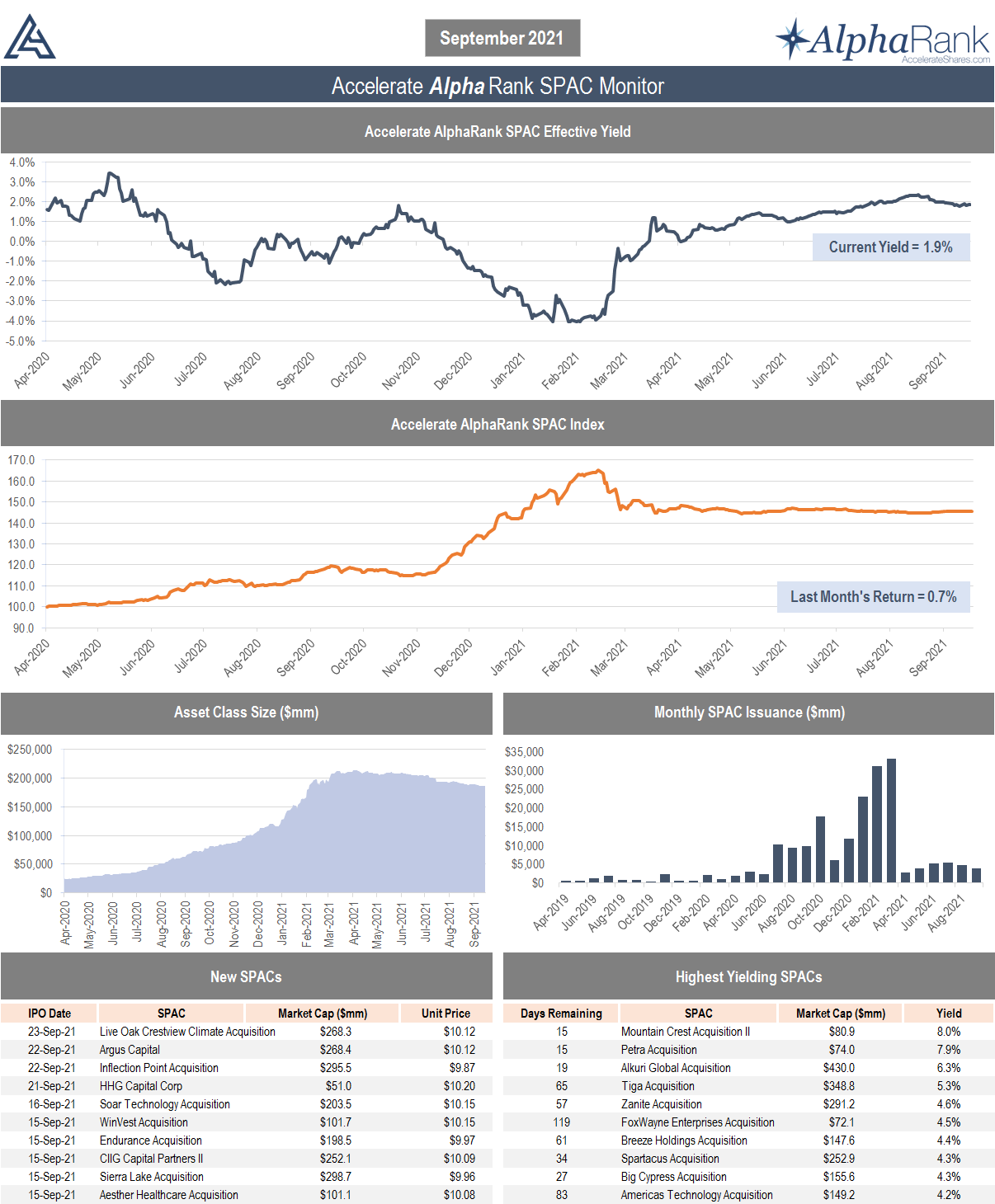 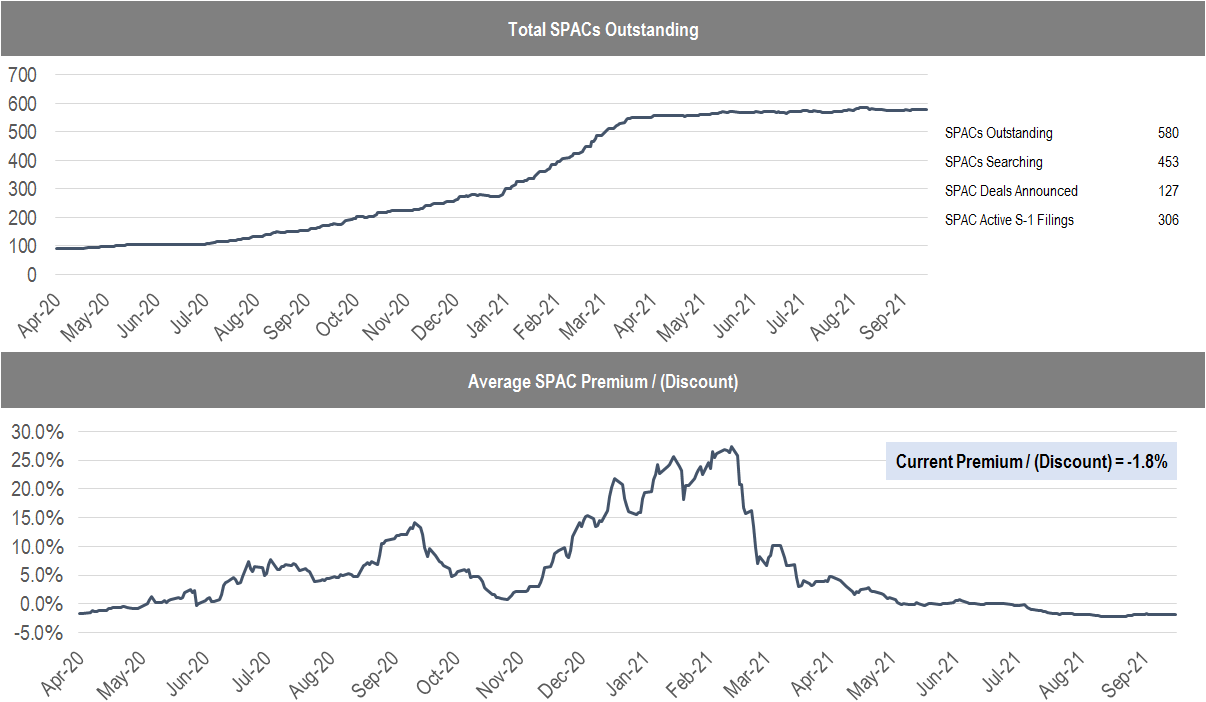 Disclaimer: This research does not constitute investment, legal or tax advice. Data provided in this research should not be viewed as a recommendation or solicitation of an offer to buy or sell any securities or investment strategies. The information in this research is based on current market conditions and may fluctuate and change in the future. No representation or warranty, expressed or implied, is made on behalf of Accelerate as to the accuracy or completeness of the information contained herein. Accelerate does not accept any liability for any direct, indirect or consequential loss or damage suffered by any person as a result of relying on all or any part of this research and any liability is expressly disclaimed. Accelerate may have positions in securities mentioned. Past performance is not indicative of future results.
Facebook0Tweet0LinkedIn0
Share Tweet Share Pin