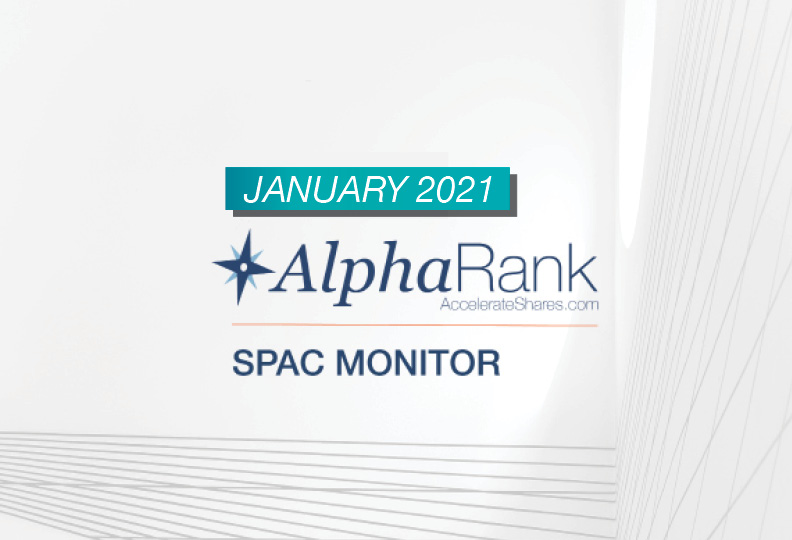 January 26, 2021 – The speculative fervor in the blank check market has hit a fevered pitch.

Thus far in January, there have been 67 SPAC IPOs raising an aggregate $19.1 billion (including over-allotment options, which are exercised on nearly every deal). The $19.1 billion raised so far in January trounced the previous $18 billion of SPAC initial public offerings completed in October, a record which I believed would never be surpassed. Despite the enormous flood of supply, demand appears to be growing exponentially, as most special purpose acquisition company IPOs are 5x – 10x oversubscribed. It is not uncommon to see a $200 million SPAC IPO get $1.5 billion in orders. It is the most competitive environment for SPACs on record, as last month’s average 3x – 5x oversubscription has only doubled.

Since last month’s SPAC monitor, the blank check universe has expanded from 279 to 337, and the total market capitalization of the asset class has increased from $116 billion to $152 billion.

The ravenous demand for SPACs has created interesting dynamics. This is the first SPAC Monitor in which not a single SPAC was trading at a discount to its NAV.

SPACs have traded up to record high valuations, with the average blank check company trading at a staggering 24% premium to NAV. Certainly, this exemplifies the excessive speculation in the SPAC market, of which investors should take heed. The higher the NAV premiums increase, the greater the level of potential risk and volatility within SPAC portfolios. The current blank check market has flown well into the “danger zone”.

One reason why investor risk sentiment in the asset class remains elevated, specifically in the pre-deal SPAC segment, is because the “SPAC pop” remains as healthy as ever. Over the past month, there were 14 business combinations announced. Of the blank check companies that have struck deals, they trade at an average premium to NAV of 44.2% on a common share basis and 59.4% on a unit basis (including warrants). The Accelerate Arbitrage Fund (TSX: ARB) holds 7 of these SPACs that have announced business combinations, which will be sold prior to closing and the capital redeployed into new SPAC issuance at NAV.

Due to the elevated risks reflected in the current market environment, we are implementing additional risk mitigation measures in ARB. These risk mitigation measures include a more aggressive pruning of the SPAC common share and warrant portfolio, in addition to a reduction in leverage. We believe risk management should be investors’ number one priority in the current market environment, which we would classify as frothy. 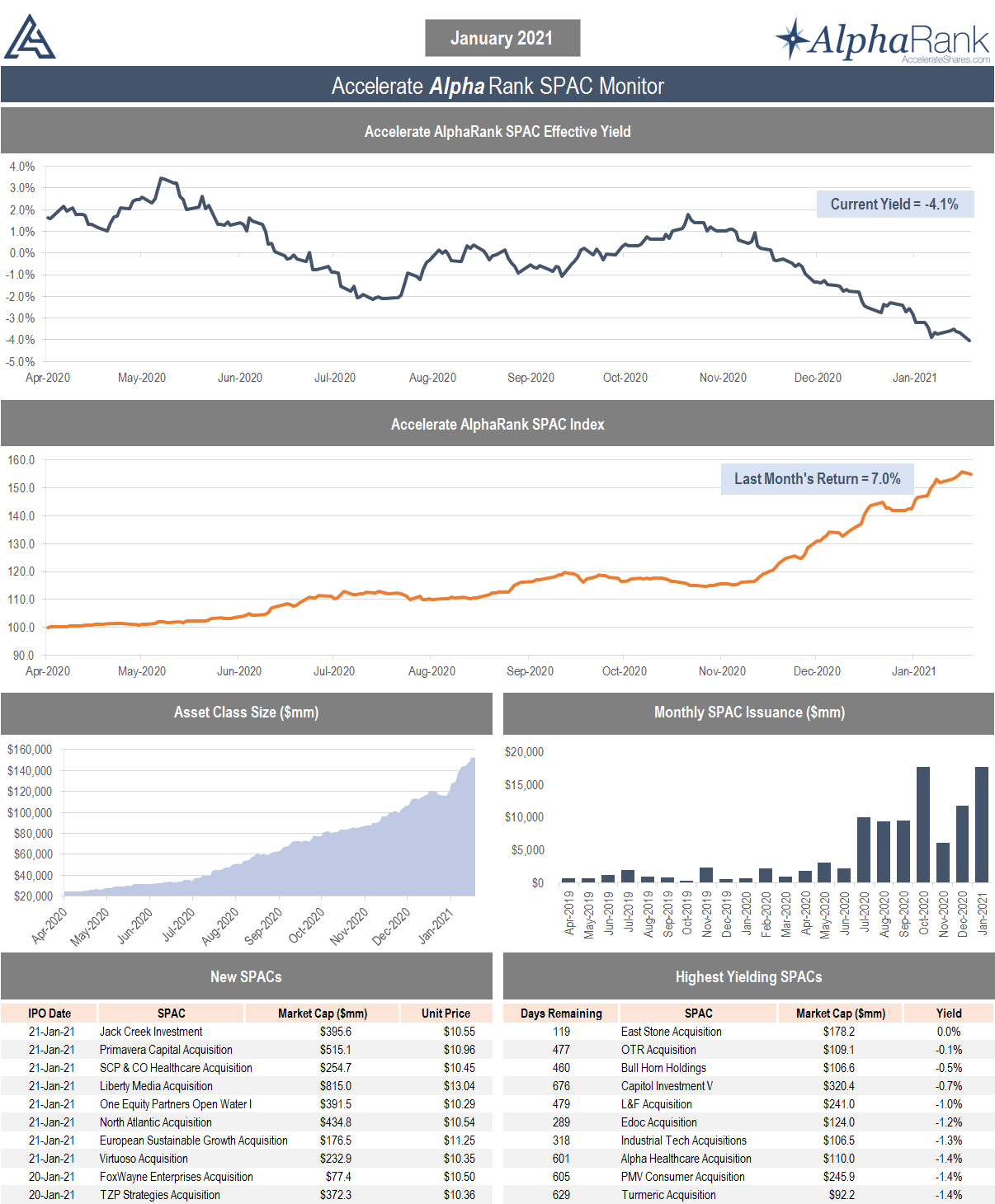 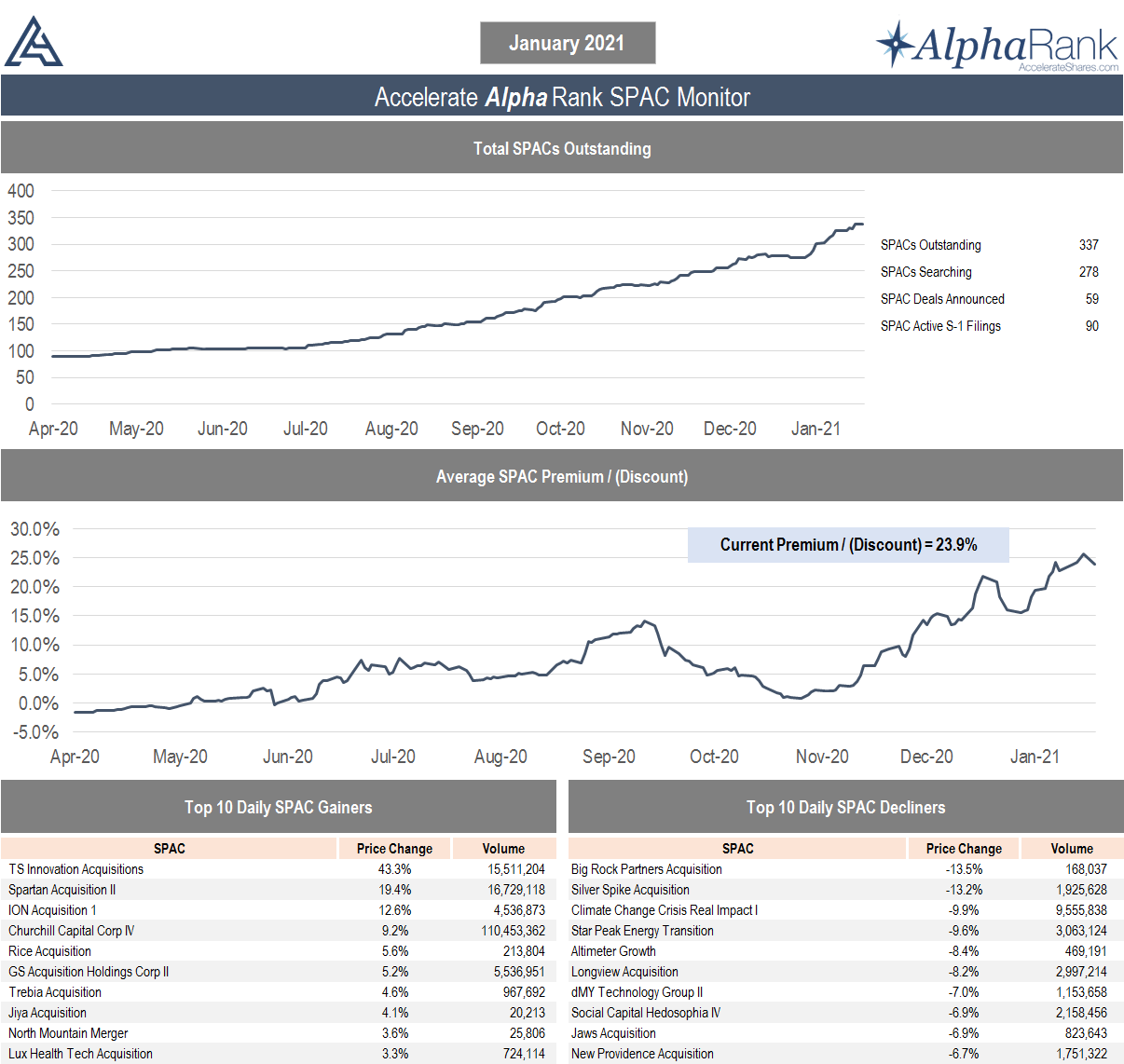