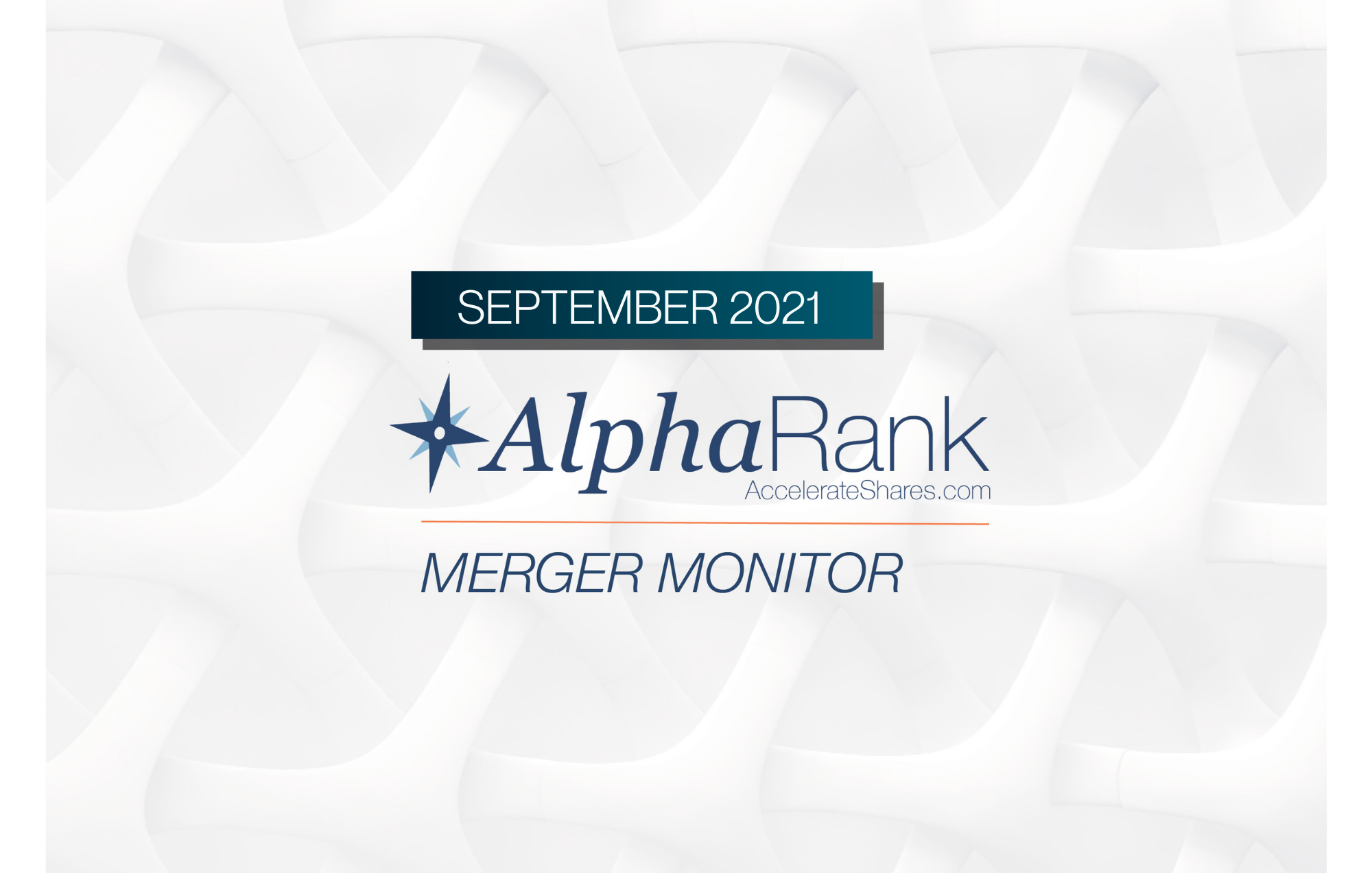 By Mike KessleringSeptember 29, 2021No Comments
Facebook0Tweet0LinkedIn0

September 29, 2021 – The much-ballyhooed expectation of an antitrust crackdown within M&A has yet to commence in earnest.

However, in September, the Surface Transportation Board’s (STB) unfavourable ruling against Canadian National Railway brought the bidding war for Kansas City Southern to an abrupt halt.

While it would have been a big win for arbitrageurs had the STB allowed Canadian National’s bid for Kansas City Southern to proceed, the regulator’s stance was not unexpected. Nonetheless, the ruling permitted Kansas City Southern to be coaxed into the arms of competing suitor Canadian Pacific Railway, whose lower-priced bid won the day due to its lessened regulatory risk.

Since the last Merger Monitor, there have been 11 announced public M&A deals worth an aggregate $37.2 billion in the U.S. and 4 in Canada totaling $1.1 billion.

Recently, there has been no central theme for the consolidation, with freshly announced deals covering nearly all sectors, sizes, valuations and premia.

The highest premia announced included Spire Global’s C$204 million acquisition of exactEarth at a stunning 169.0% premium and Sanofi’s $1.8 billion takeover of Kadmon Holdings at a 79.2% premium – a high figure that is expected in biotech deals.

Despite a “steady as she goes” environment of consistent deal flow and successful deal closings, merger arbitrage yields remain high, both on an absolute and relative basis. 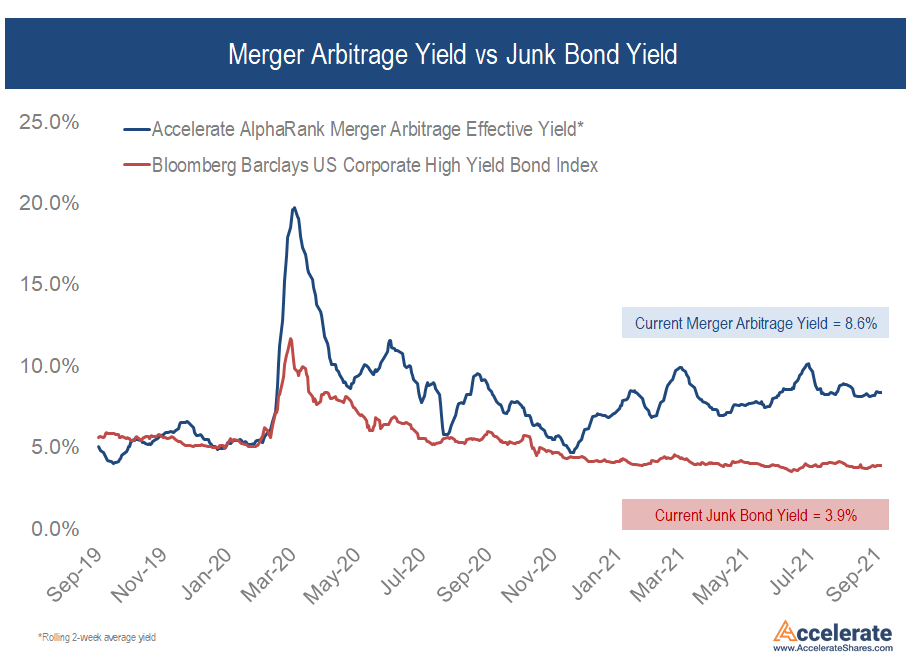 For example, the average merger arbitrage opportunity yields nearly 9%, while the average junk bond yields south of 4%. An almost 500 basis point spread between arbitrage yields and junk bond yields showcases the more attractive opportunity set that income-seeking investors can attain by pursuing alternative fixed income strategies, if their mandate allows them to allocate to arbitrage.

Nonetheless, as the autumn leaves fall and the warm weather sustains itself well past our early winter expectations, the current higher than expected arbitrage yields offer the opportunity for investors to make hay while the sun shines. 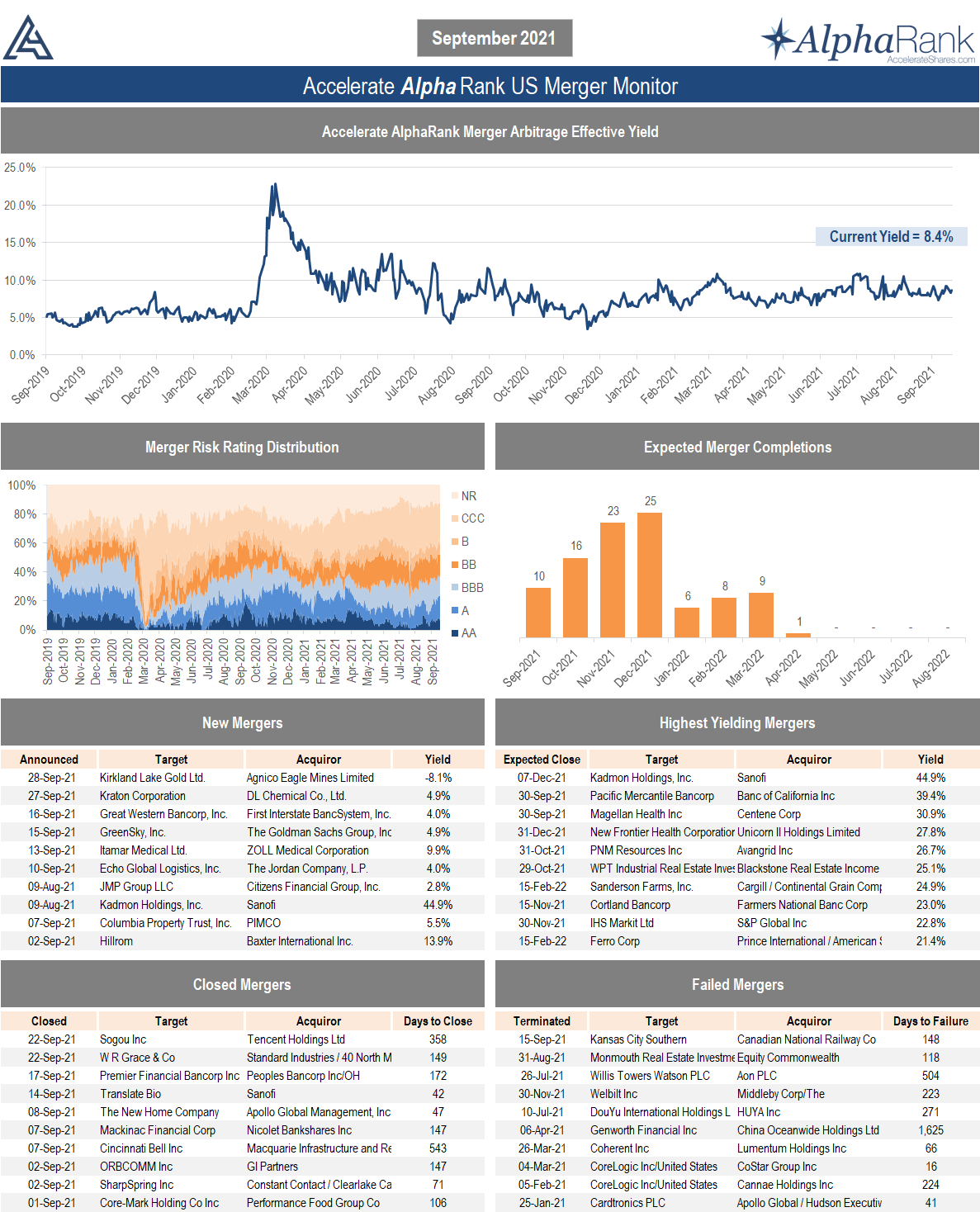 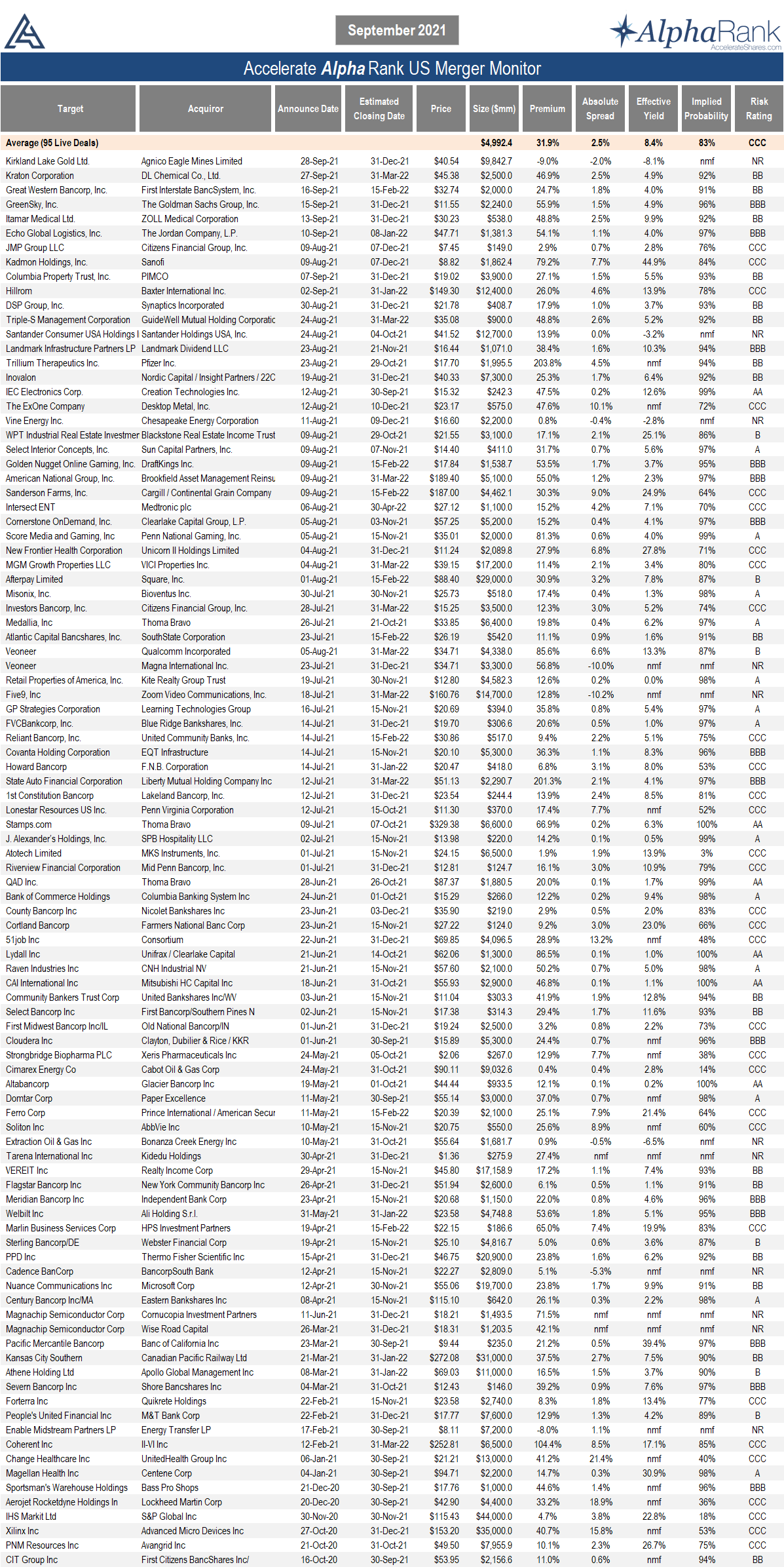