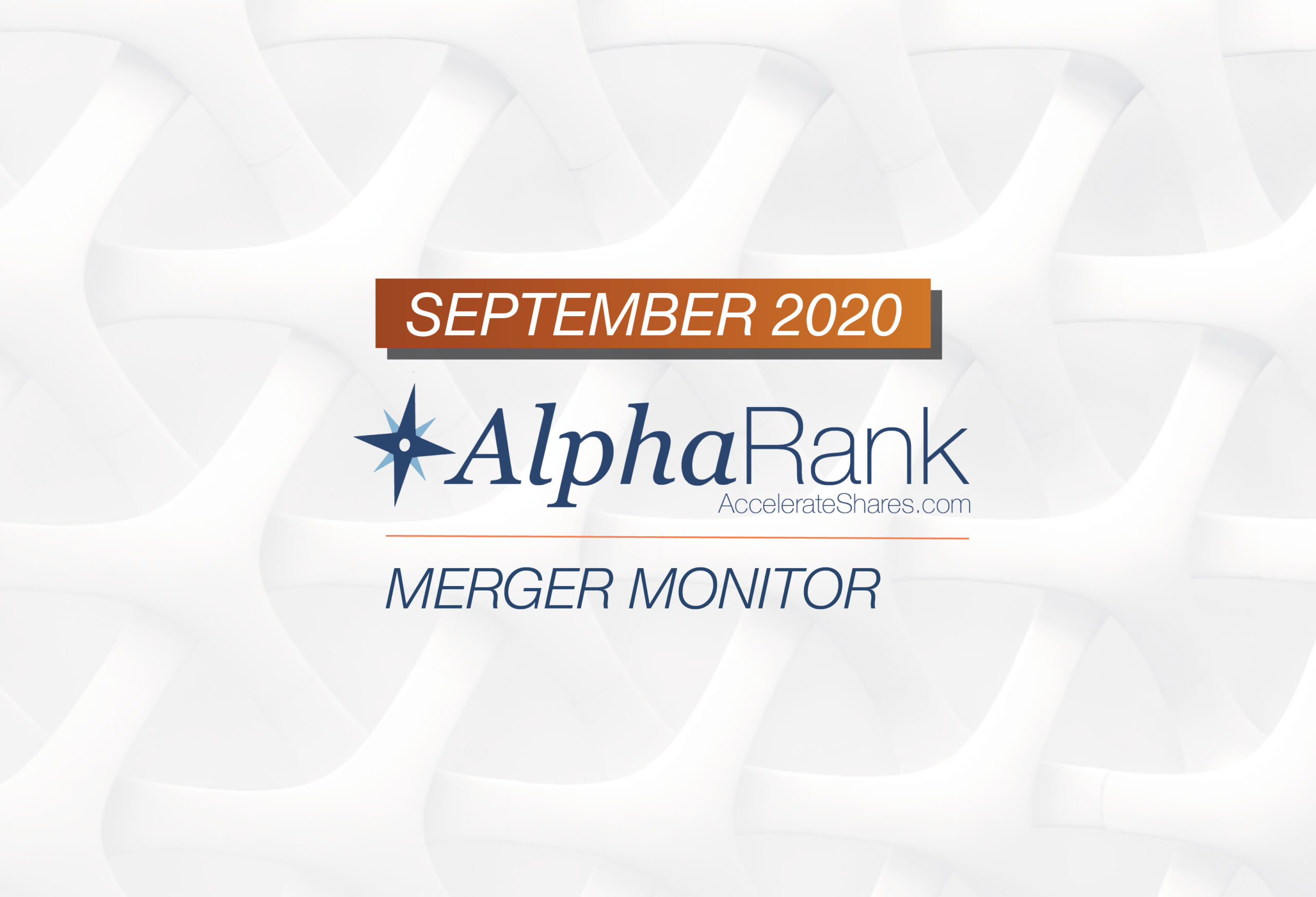 By Mike KessleringSeptember 30, 2020No Comments
Facebook0Tweet0LinkedIn0

This sizable amount of corporate dealmaking continues the rebound in merger and acquisition activity that gained steam last month, when sixteen M&A deals were announced, representing a total value of more than $65 billion.

Biotech and technology deals are ruling the roost in the current environment, perhaps an expression of where executives and directors see growth. The three biotech deals recently announced include:

These biotech transactions are notable given not only the size, however, the massive premiums being paid for takeovers in the sector. The four technology mergers announced over the month represent approximately $7 billion in value at a more pedestrian average premium of 32.3%.

Seven deals closed over the past 30 days, including pre-COVID transactions such as Francisco Partners’ $4.4 billion leveraged buyout of LogMeIn and ProSiebenSat.1’s strategic $500 million acquisition of Meet Group. These closings support not just the air-tight nature of merger agreements, which are notoriously difficult to wriggle out of, but also the value of taking the volatility of the first quarter’s bear market with a grain of salt. At the depths of the pandemic-led bear market in March, both LogMeIn and Meet Group’s shares were implying a 100% chance that these deals were going to break. Arbitrageurs who were willing to stick to their guns were handsomely rewarded.

One pre-COVID deal fell apart during the month, which the market expected given the substantial discount in which the target’s stock was trading. Nexpoint Hospitality Trust officially abandoned its acquisition of Condor Hospitality Trust. The parties are now fighting over the break fee.

Up in Canada, an interesting potential transaction was unveiled when Altice and Rogers announced a joint $10.3 billion unsolicited offer for Cogeco. Thus far, Cogeco’s board of directors has rebuffed the approach.

Merger spreads have continued to come in, reflective of a calmer environment. The Accelerate Arbitrage Fund (TSX: ARB) currently has approximately 40% of its portfolio dedicated to merger arbitrage. 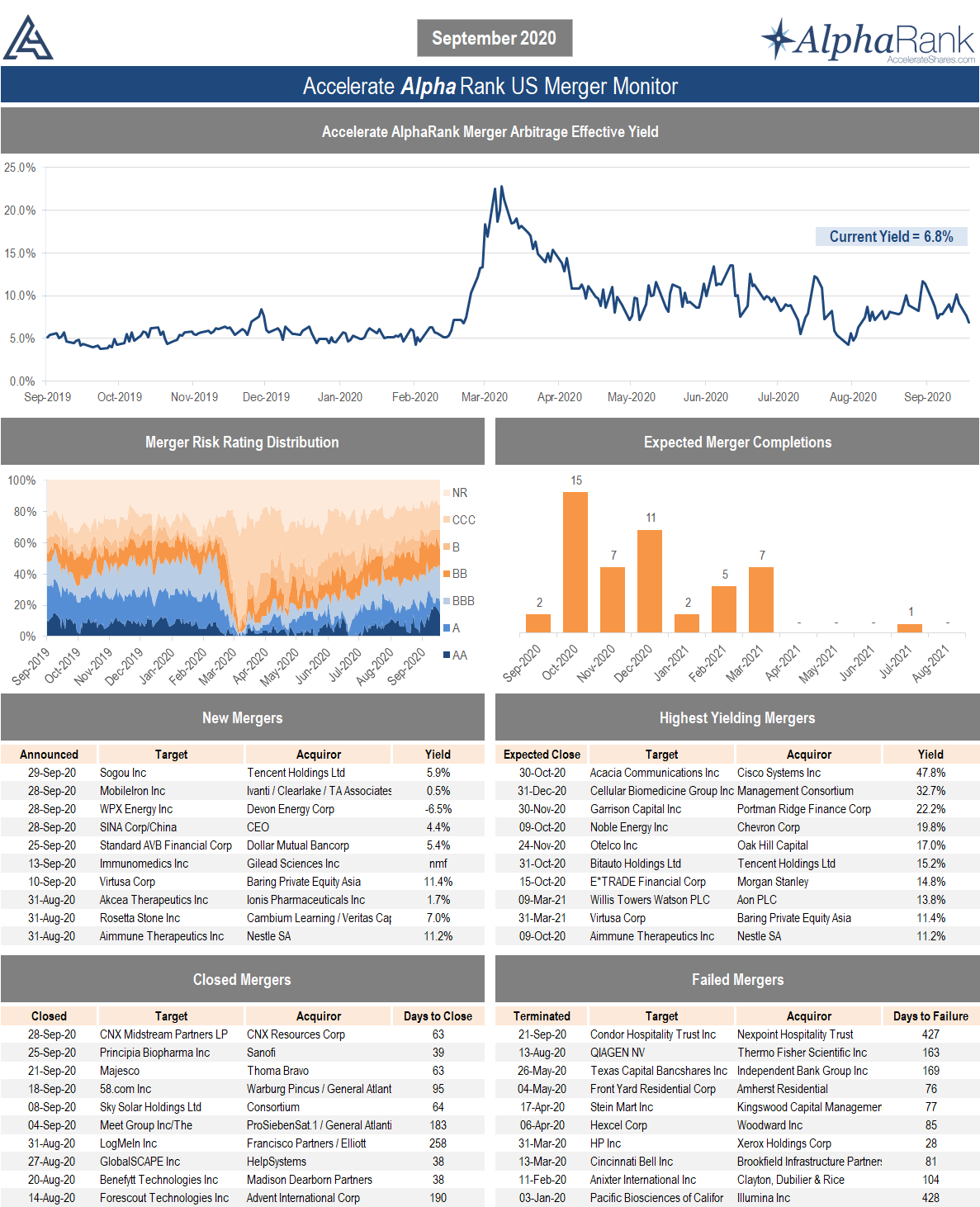 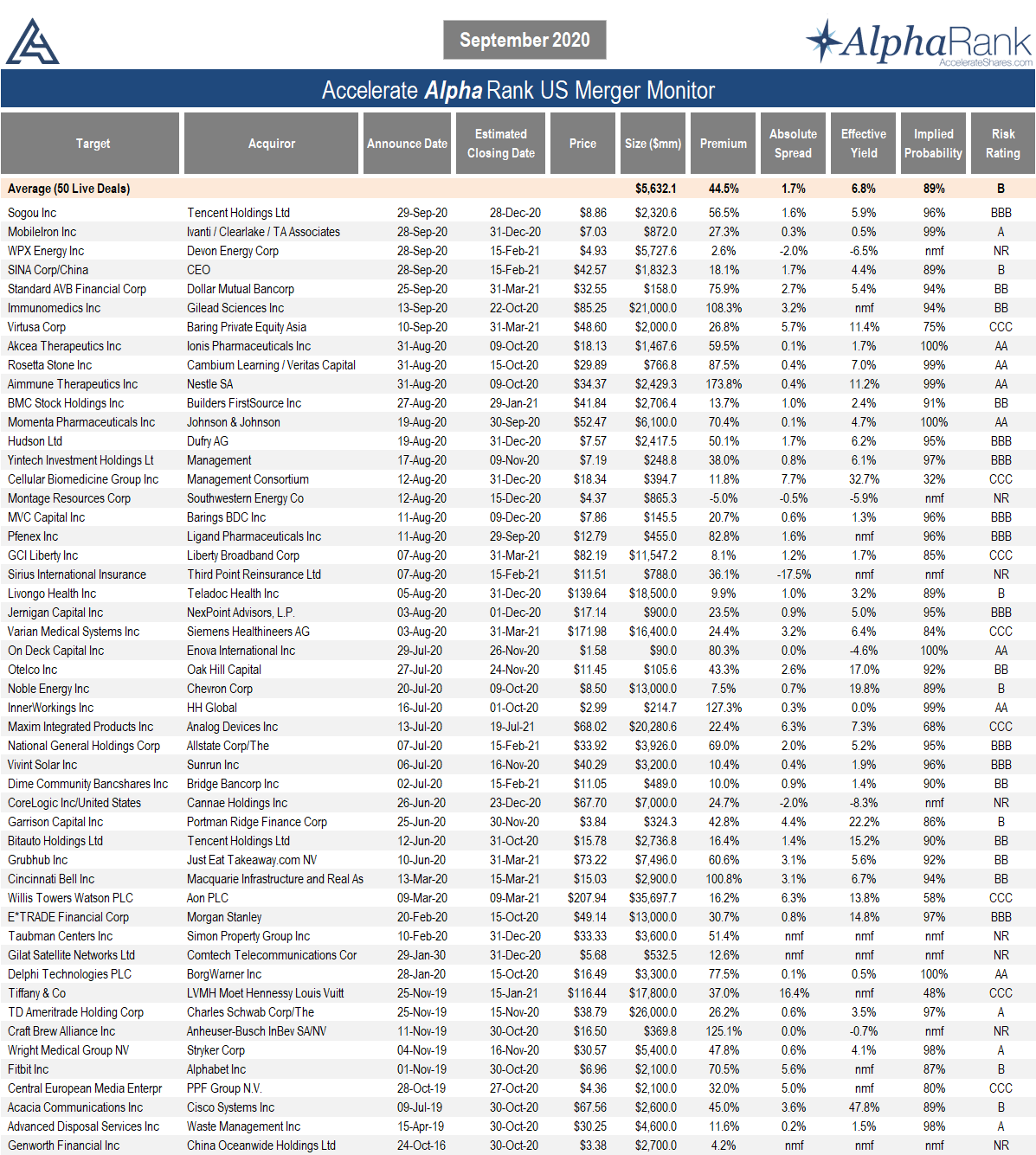