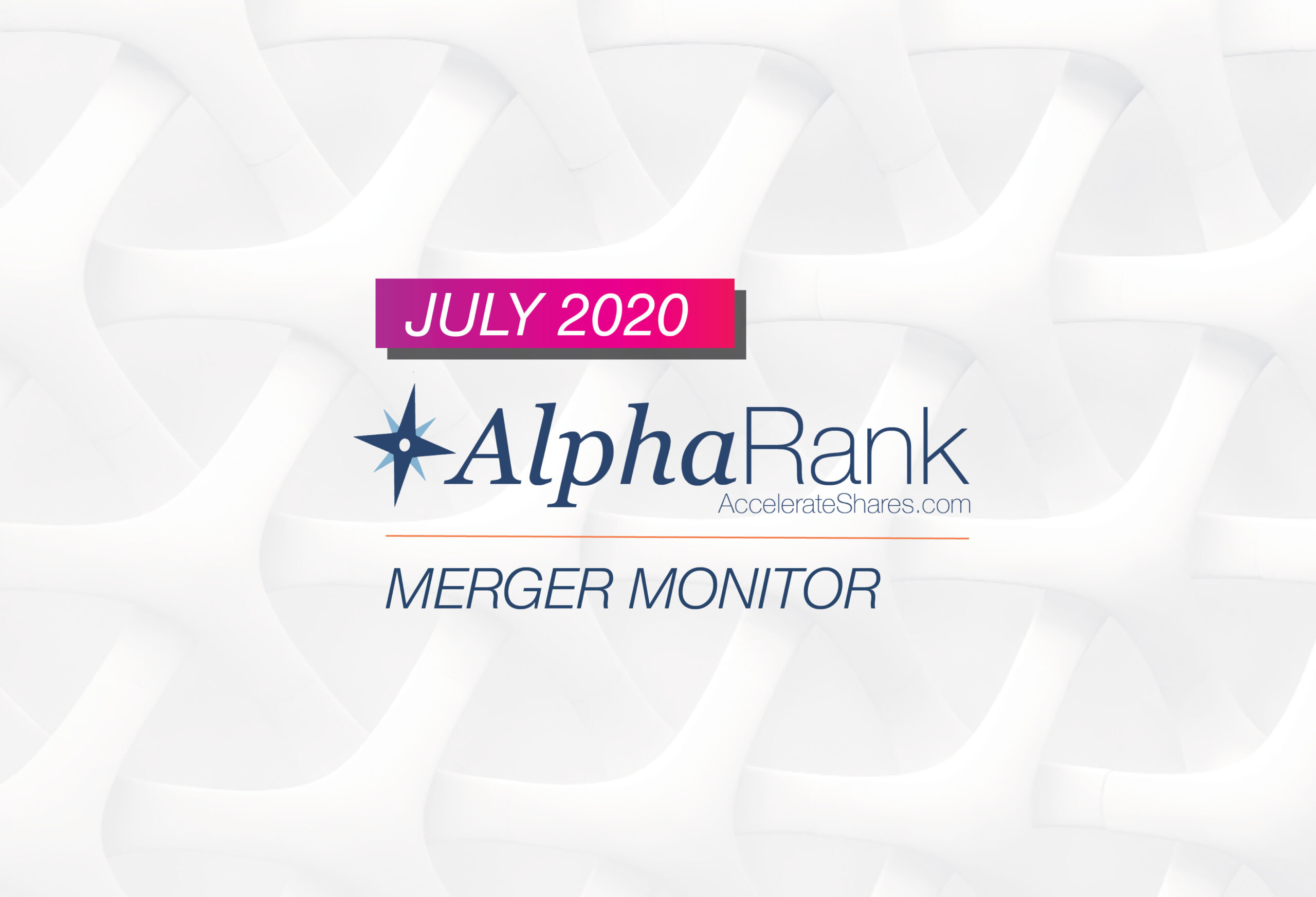 By Mike KessleringJuly 28, 2020No Comments
Facebook0Tweet0LinkedIn0

July 28, 2020 – Despite trading desks armed by skeleton crews as senior staffers take much-needed vacations during the summer stock market doldrums, M&A has rallied back this month from the recent deal drought.

Last month, only five mergers were announced, representing a -69% year-over-year decline in deal activity. As markets continue to recover, and investors’ confidence returns, executives and boards of directors are coming back to the table to do deals.

In July, twelve transactions have been announced, an activity level matching that of July of 2019. No doubt, merger arbitrageurs are welcoming this increase in corporate deal-making activity. The merger market in the U.S. expanded from 39 deals last month to 43 announced transactions currently.

Since the coronavirus emerged in late-February, the market has been pricing in a significantly elevated deal break risk. Thus far, disaster in the market has largely been averted, although there has been a slight uptick in deal terminations.

In a further sign that confidence has returned, and corporate executives are less skittish, July has been the first month of the pandemic in which no transactions have been terminated (knock on wood with four trading sessions left this month). Nonetheless, spreads haven’t fully recovered, and merger yields are still roughly double what they were prior to when the recessionary dynamics began in late February.

After seeing private equity sit out of the markets during the entire bear market and subsequent recovery in the first half of the year, leveraged buyouts have re-emerged with a vengeance. This month, one-third of deals announced featured private equity buyers, including announced buyouts of public corporations by PE firms such as Madison Dearborn Partners and Thoma Bravo. However, private equity confidence seemingly hasn’t fully returned, given that the four buyouts announced this month were all sub-$1 billion in enterprise value. Will we see the return of the massive, multi-billion dollar leveraged buyout? We wouldn’t be surprised to see this happen in the back half of the year. 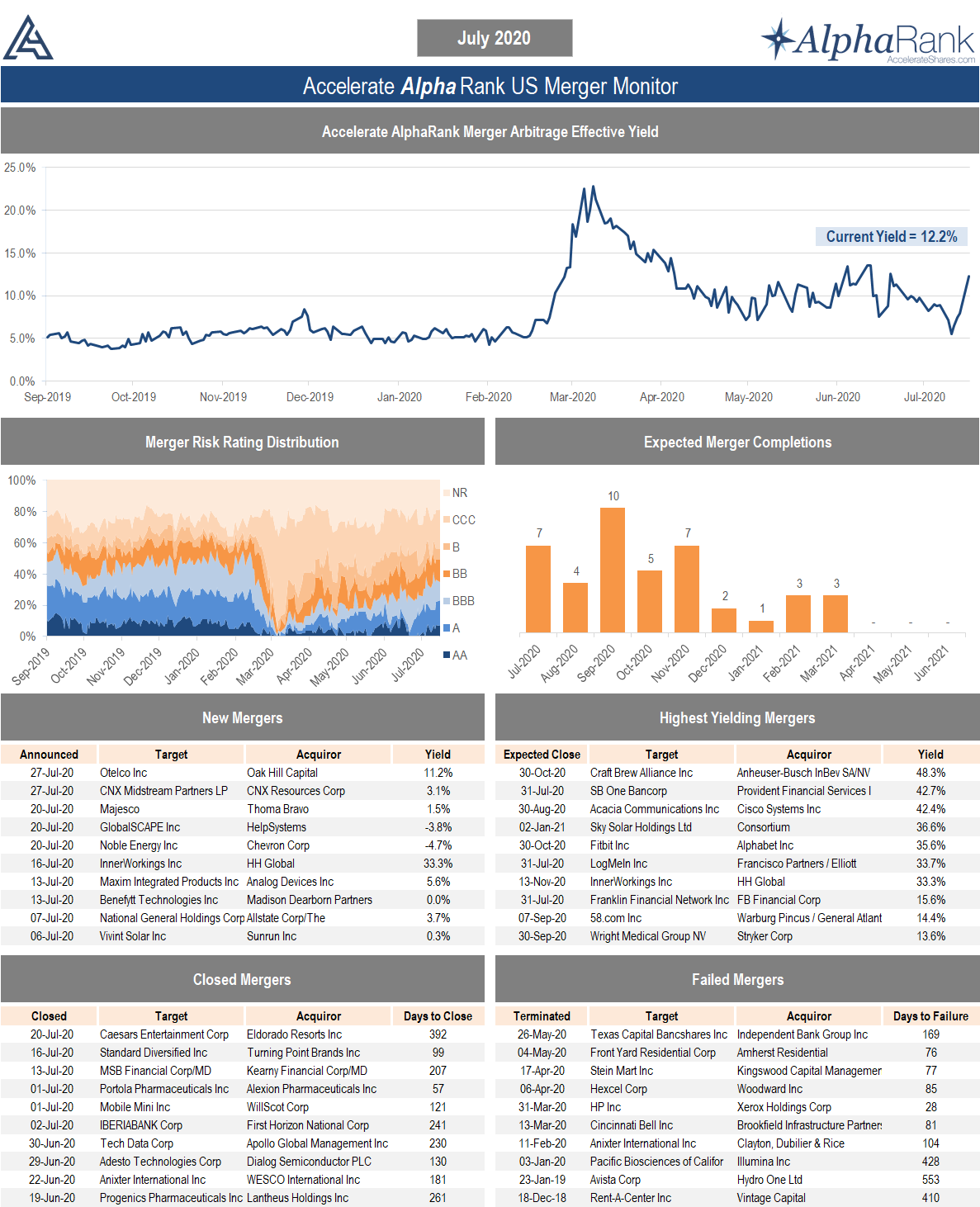 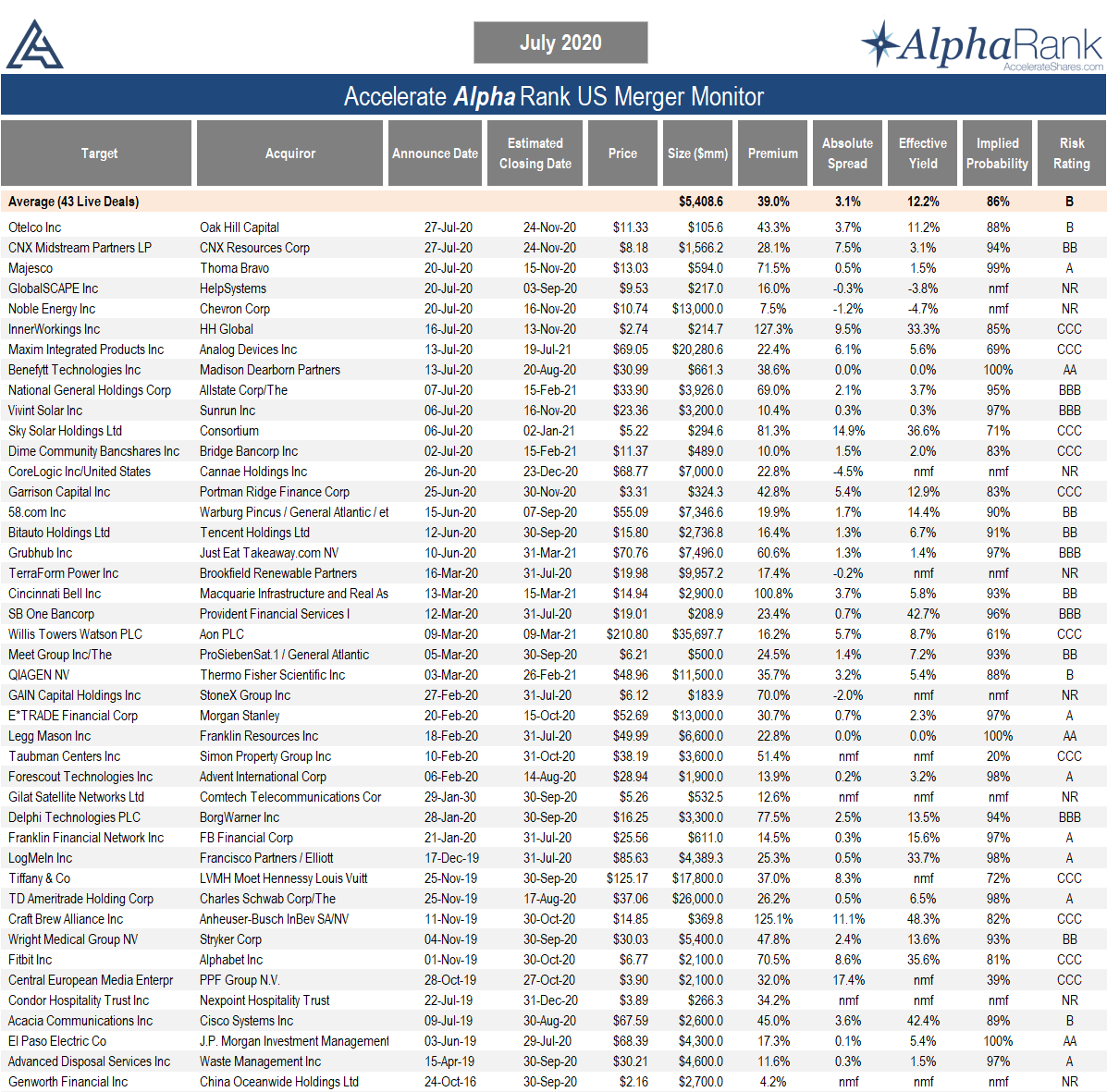