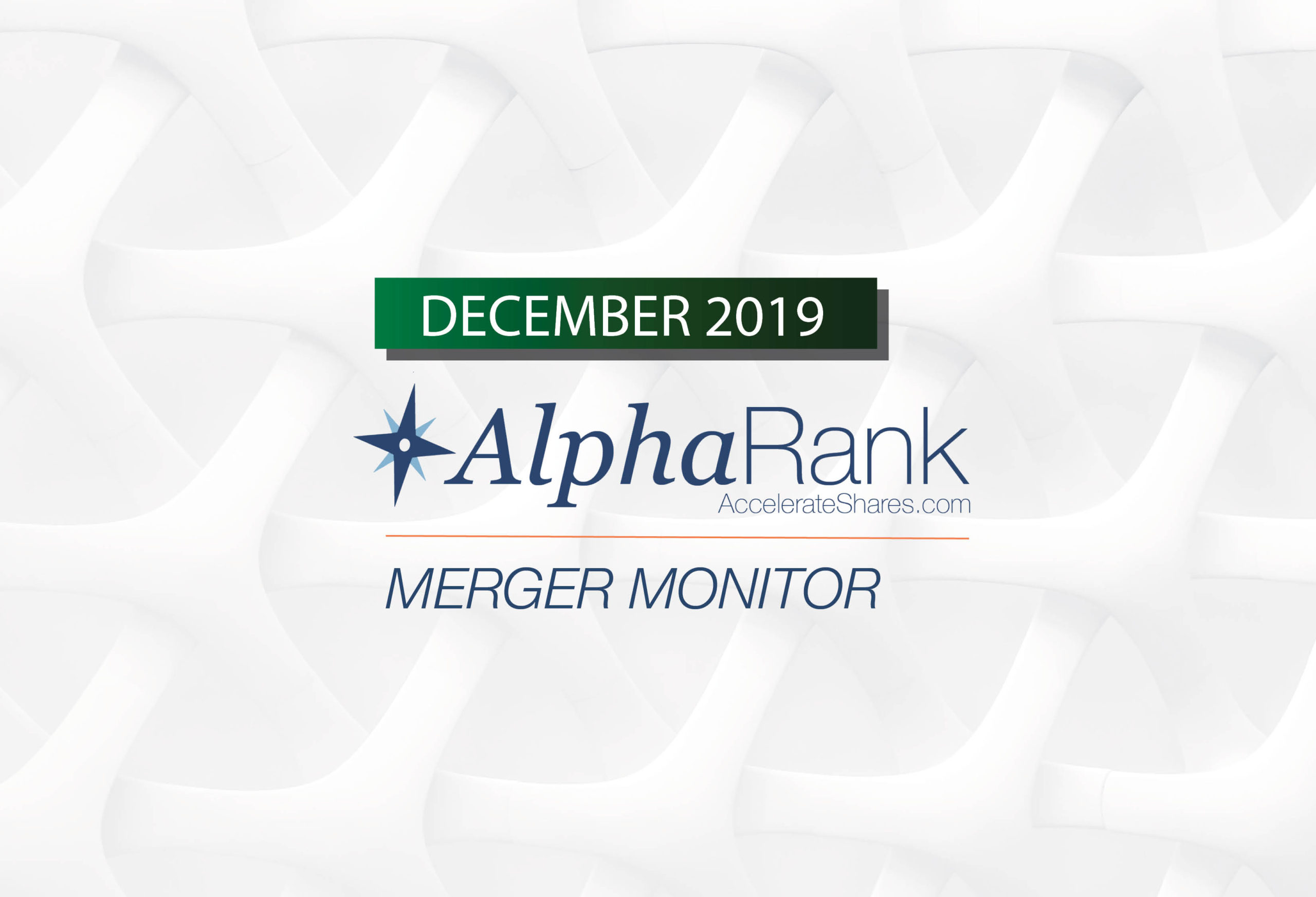 Interestingly, of the seven new U.S. deals announced month-to-date, four are trading through the consideration, implying a negative yield. 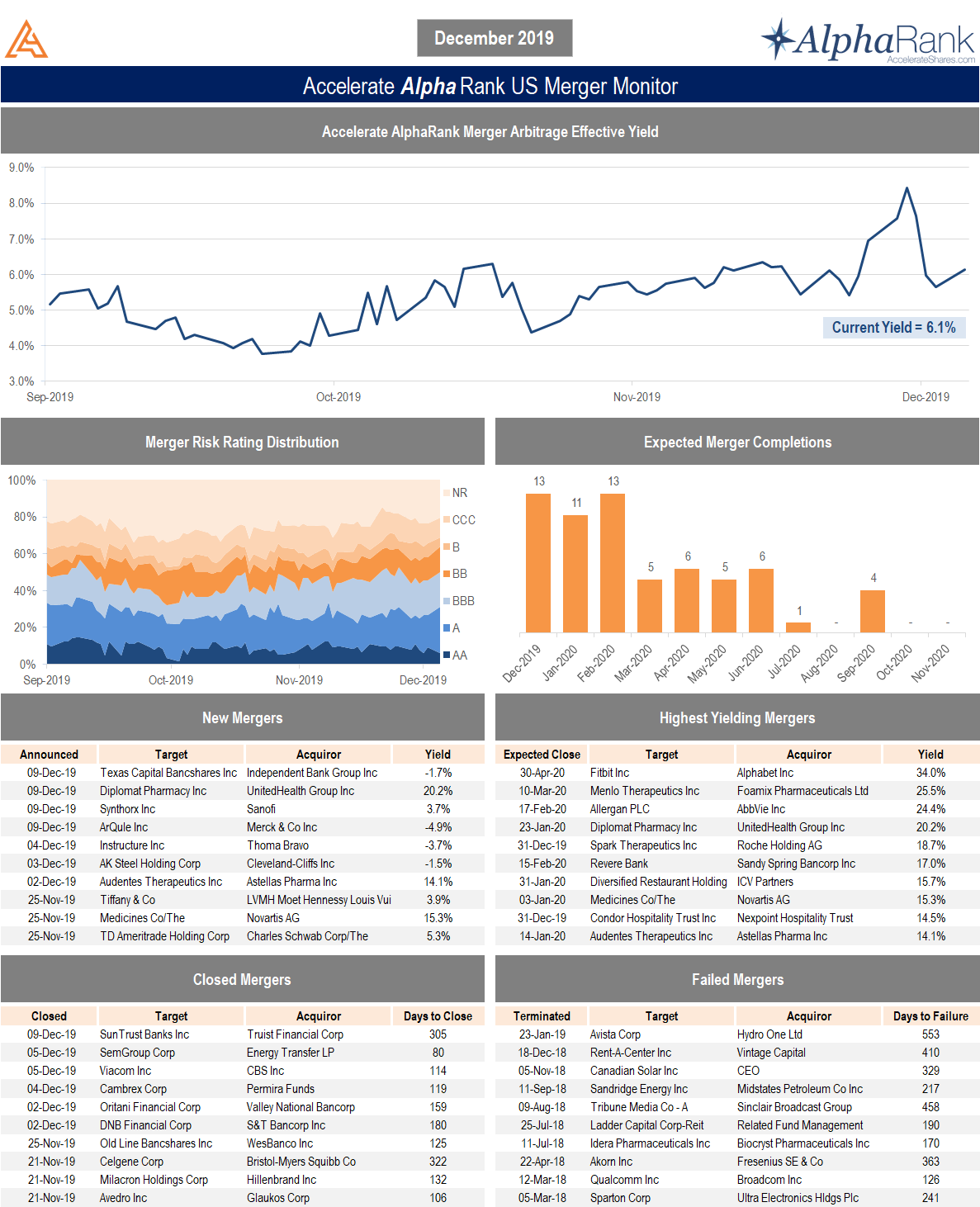 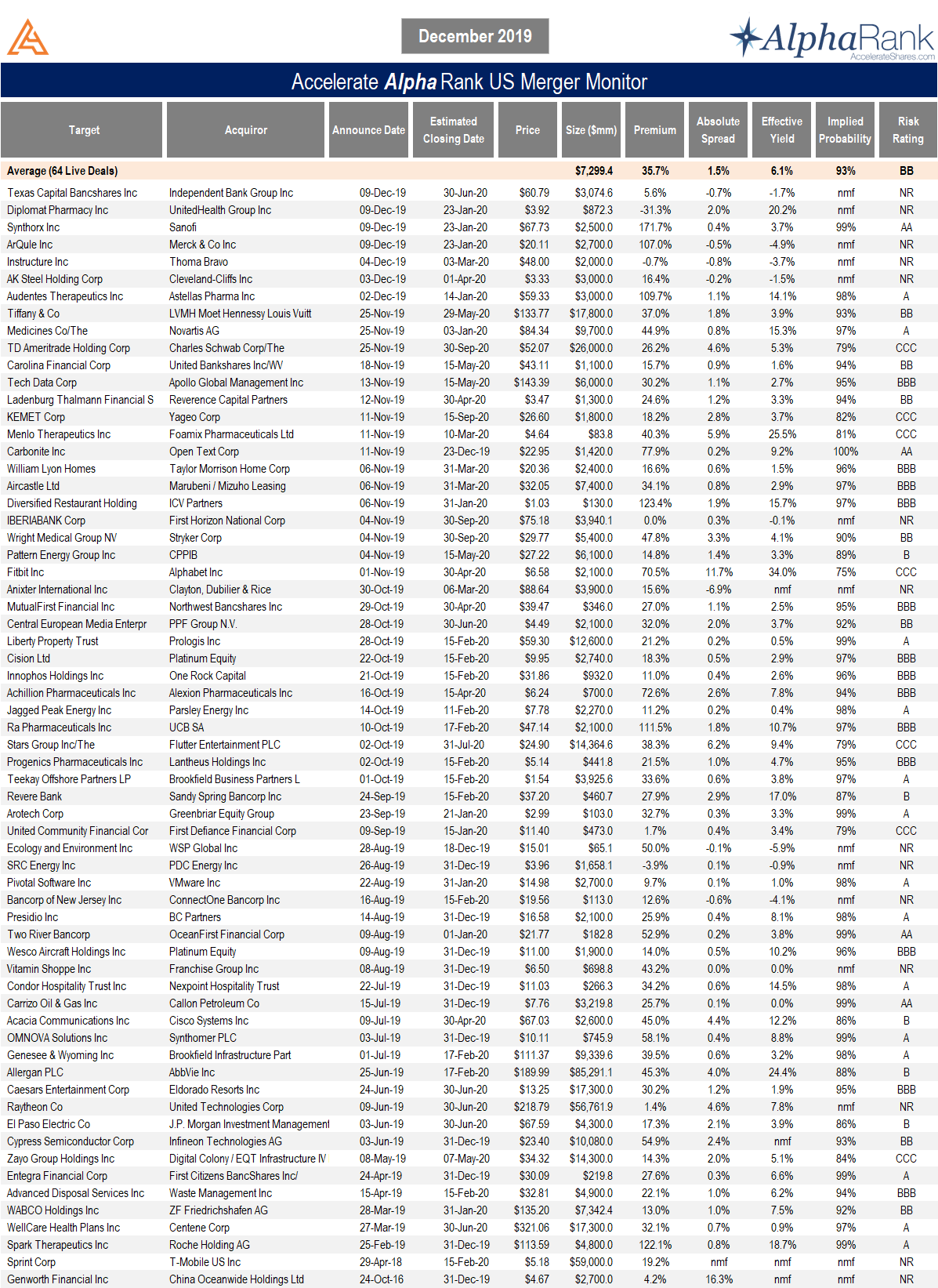