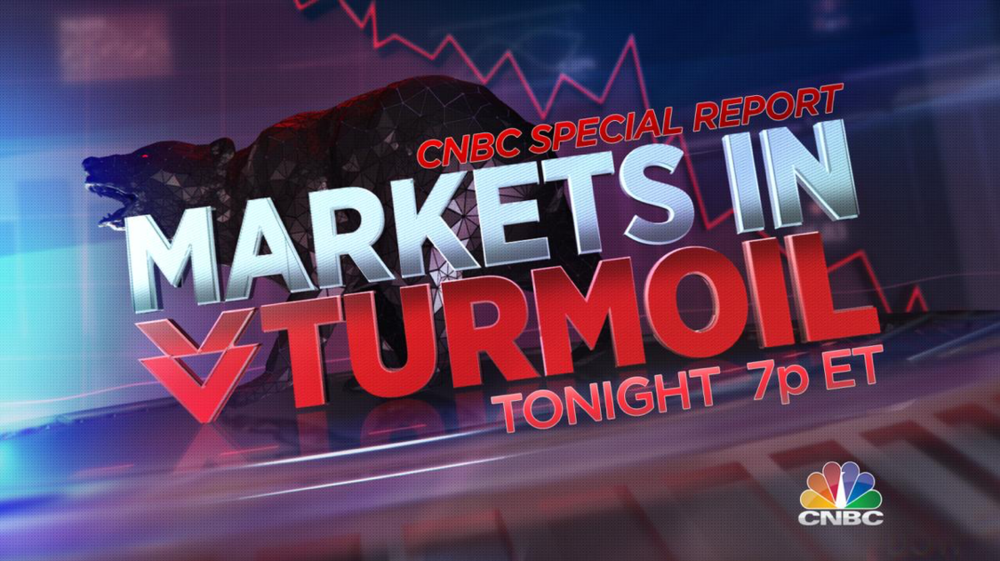 By Nouha EzzineJune 24, 2022No Comments
Facebook0Tweet0LinkedIn0

June 24, 2022 – There are three things that are certain in life: death, taxes, and CNBC running a “Markets in Turmoil” special report once the S&P 500 has declined more than -5% in a month.

Given the recent widening of arbitrage spreads, we figured it would be fitting to have our own report on “Arbs in Turmoil”.

First, however, it is worthwhile to reflect on the general turmoil in the economy.

Specifically, there any many recession indicators currently flashing red.

According to Credit Suisse, the -22% year-to-date drawdown in the S&P 500 Index indicates an 85% chance of recession.

Meanwhile, analysts at Citi believe that the high yield bond market is forecasting a 50% chance of recession, given the widening 500bps spread on junk bonds: “The market is well on the way to pricing a recession consistent with the Dotcom and Pandemic downturns.”

Even the general public may be forecasting an economic downturn, with Google searches for “recession” now nearing the peak of March 2020. 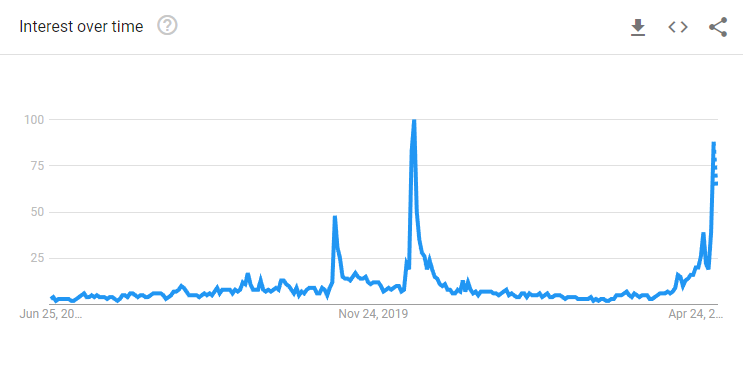 Google Trends is a coincident indicator, signaling that we are likely already in a recession.

Even my highly unscientific Twitter poll is flashing the recession warning light.

Risk premia, or yield spreads, measure the extra yield investors demand to hold riskier assets (such as junk bonds or merger arbitrage) instead of U.S. Treasuries. Risk premia generally rise during periods of market stress, such as the one we are in right now. 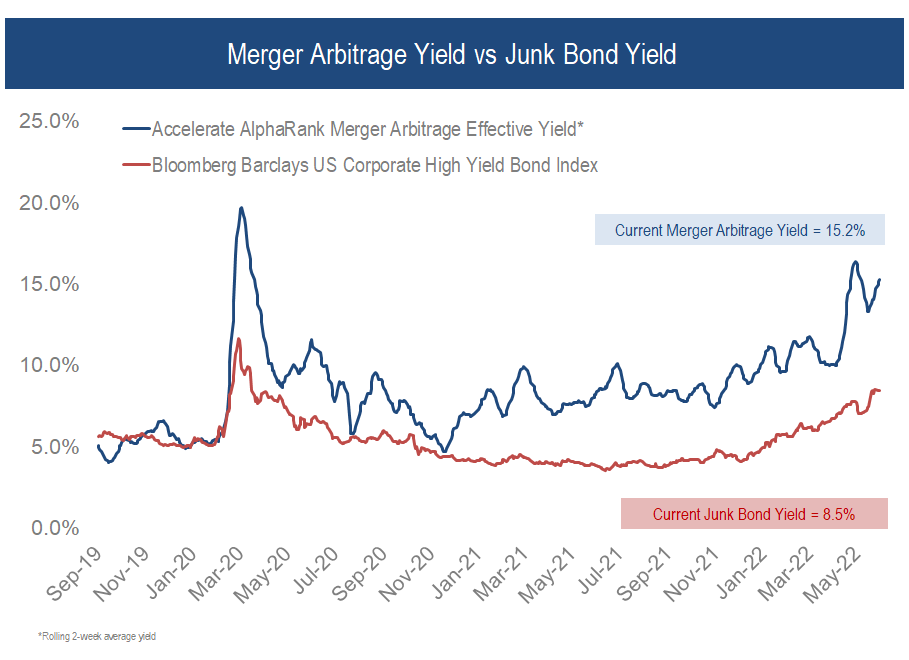 Merger arbitrage and junk bond yields are now equivalent to those last seen during the March 2020 bear market. After the brief surge in March 2020, yields and prices normalized within 6 months. 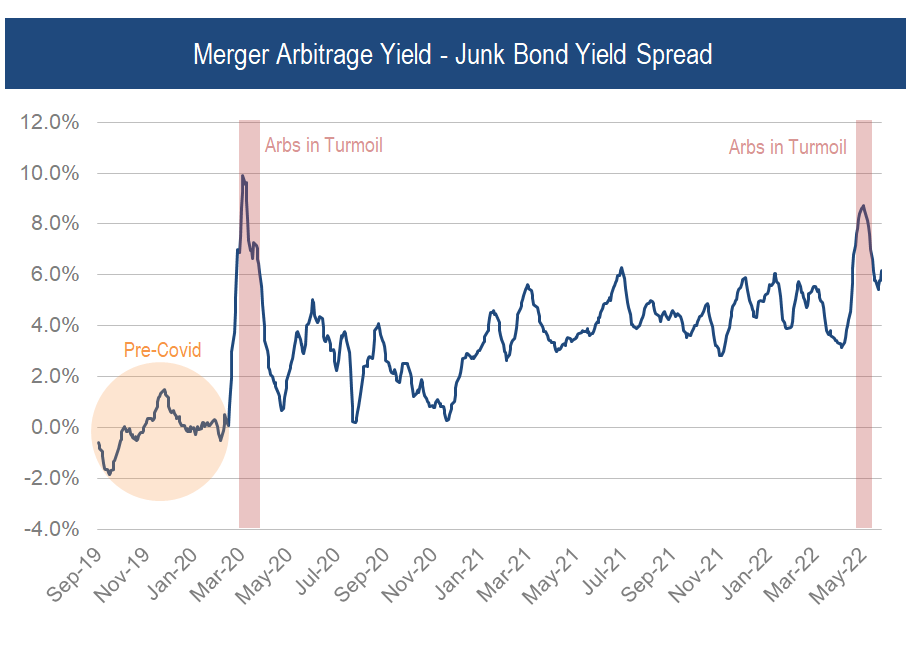 When the spread of merger arbitrage yields less junk bonds yields exceeds 6%, we consider it “arbs in turmoil”. As seen above, the merger – junk bond yield spread exceeded 6% for a brief period in March of 2020 and again earlier this month.

However, current fears of a recession and accompanying market effects, including a significant decline in stock prices, rising yields and widening credit spreads, have not slowed down the M&A market one bit.

Over the past month, 19 public mergers in North America worth nearly $120 billion were announced. Additionally, 11 transactions worth an aggregate of $64 billion closed. There were no failed transactions, although Anaplan agreed to a -3.4% consideration reduction from private equity acquiror Thoma Bravo.

While some market prognosticators may believe that recessions tend to cause an increase in deal terminations, the data show otherwise. Looking at the Covid recession precedent, which was the quickest fall into a bear market on record, there was no discernable increase in terminated M&A. However, it is notable that there was an increase in downward deal repricings.

During the 2020 Covid bear market, 5 M&A transactions hit turbulence but were completed with downward price adjustments:

Notably, of the five downward repricings that occurred during the last recession, 80% were strategic deals while just 20% were LBOs (although, admittedly, this is a limited dataset). Nonetheless, the pricing dynamic that we are seeing in the market today, with many distressed LBO spreads, shows significant fear. The data do not support this fear.

In any event, we know what happened to those who invested in merger arbitrage during the last episode of “arbs in turmoil” – they were greatly rewarded. The last time merger arbitrage yields were this high (March 2020), the HFRI Merger Arbitrage Index surged +23.3% over the subsequent 12 months.

Whether that success will be repeated after the current episode is to be seen. However, as expected, we are betting on it. 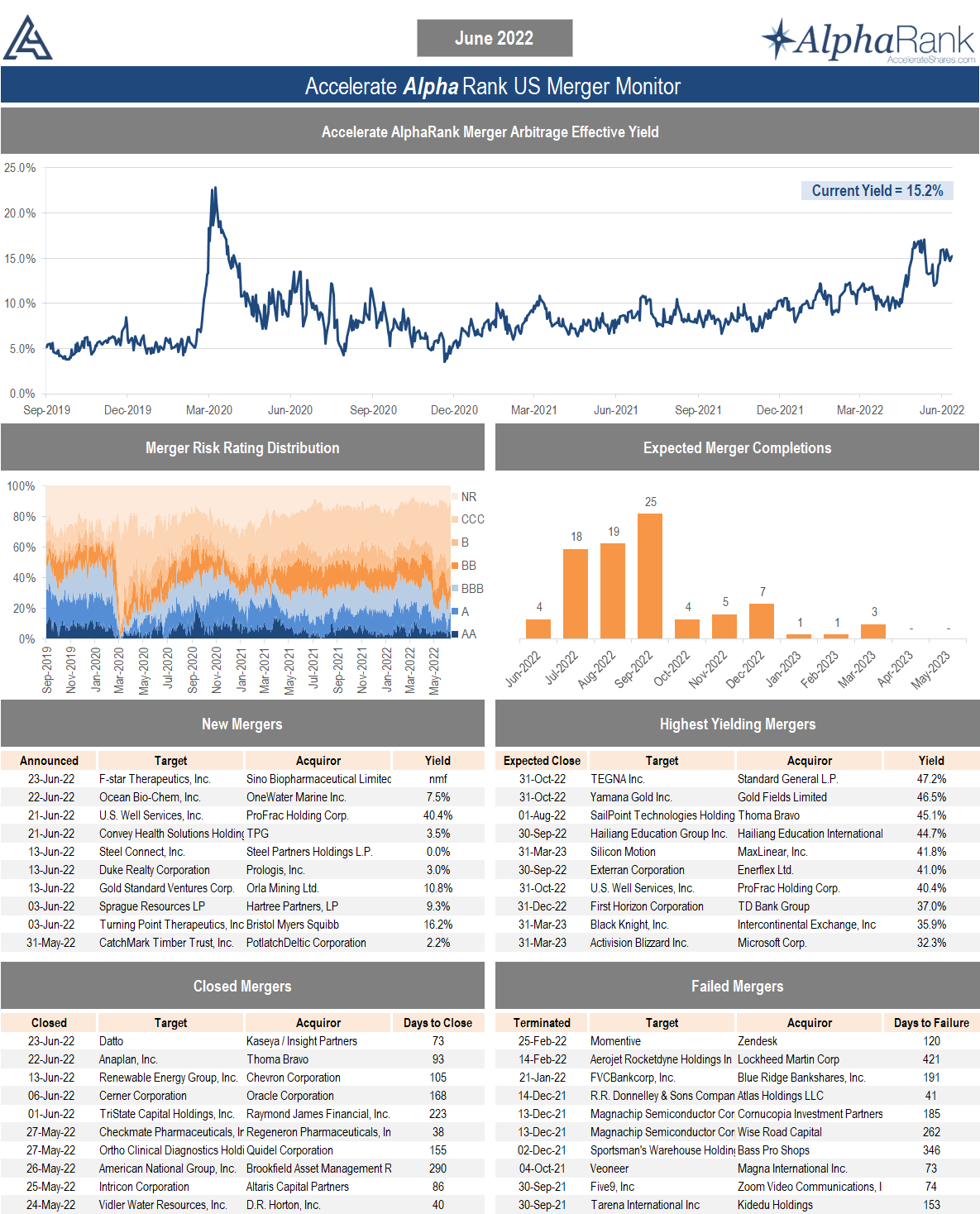 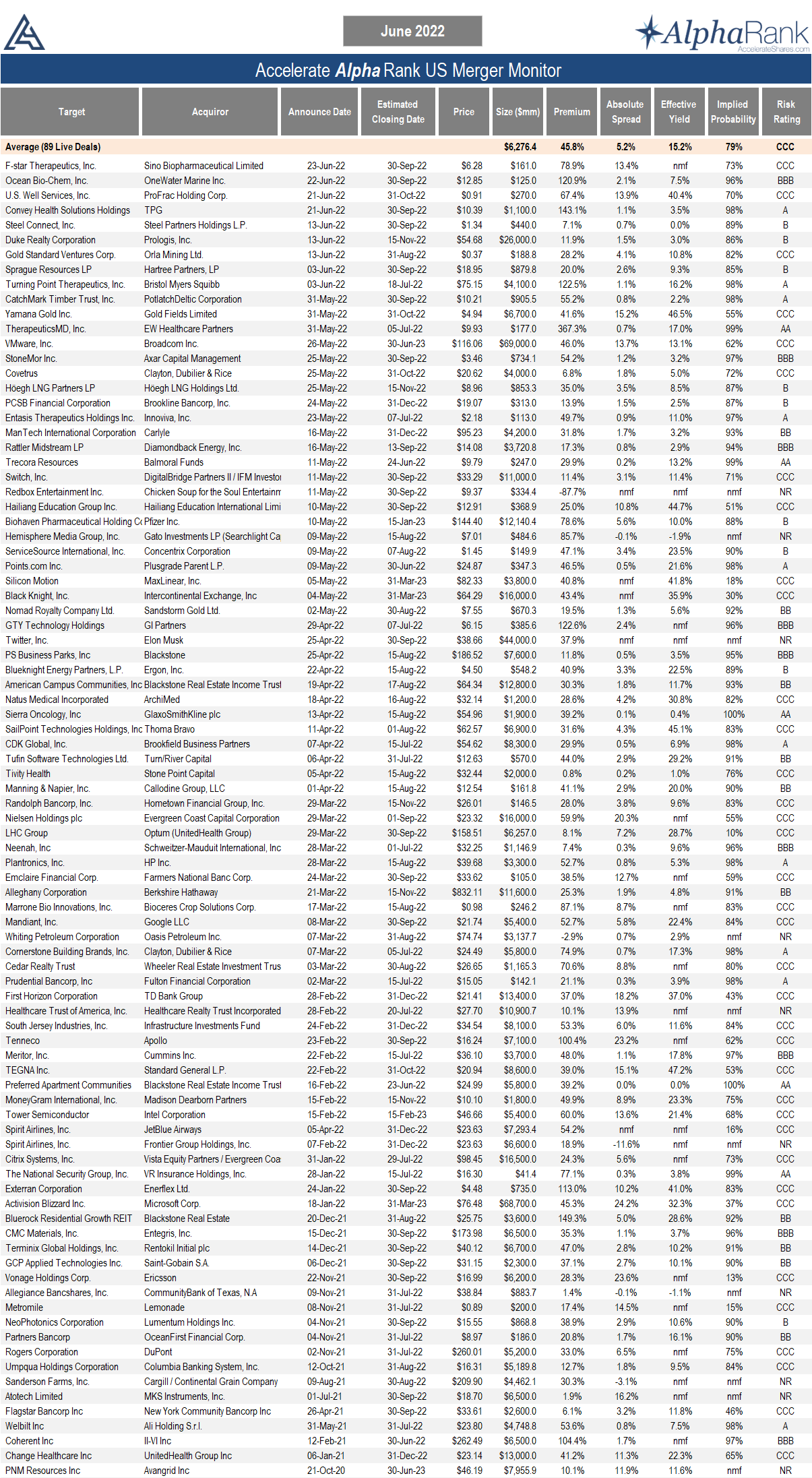