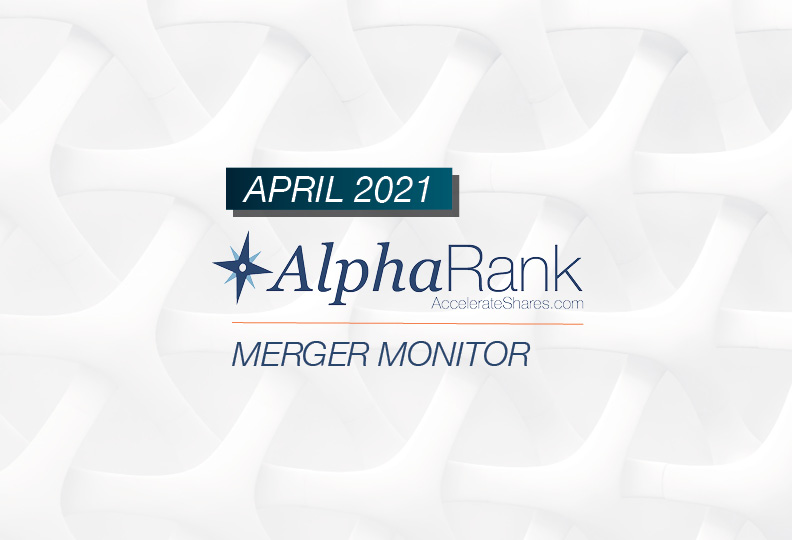 By Mike KessleringApril 28, 2021No Comments
Facebook0Tweet0LinkedIn0

April 28, 2021 – Merger and acquisition activity continues to increase in parallel with the robust economic growth and rising market confidence accompanying the post-pandemic reopening.

The U.S. M&A market increased from 69 deals last month to 75 currently. The aggregate merger market is worth $532.8 billion, with $122.8 billion of deals announced in April. In dollar terms, deal activity this month is nearly double that was reported in March.

Merger yields remain in the 7-8% range, notably above the 5-6% range experienced pre-Covid. Perhaps risk arbitrageurs demand a higher risk premium these days to compensate for the traumatic experience of holding exploding spreads and skyrocketing yields back in March 2020. The complaint that “spreads are too tight” has been heard far fewer times over the past year. Given the relatively attractive risk premium baked into deal spreads, the Accelerate Arbitrage Fund (TSX: ARB) has been opportunistically adding to its merger arbitrage portfolio.

From a high level, there were two major themes in M&A this month:

As long as equity markets remain lofty and interest rates stay low, we expect bidding wars for key assets to continue to occur at an elevated pace.

Aside from the Genworth deal terminating this month, which is to no one’s surprise given the acquisition was announced back in 2016, the macro environment remains highly supportive of M&A and, as such, deal break risk will stay low until circumstances change. 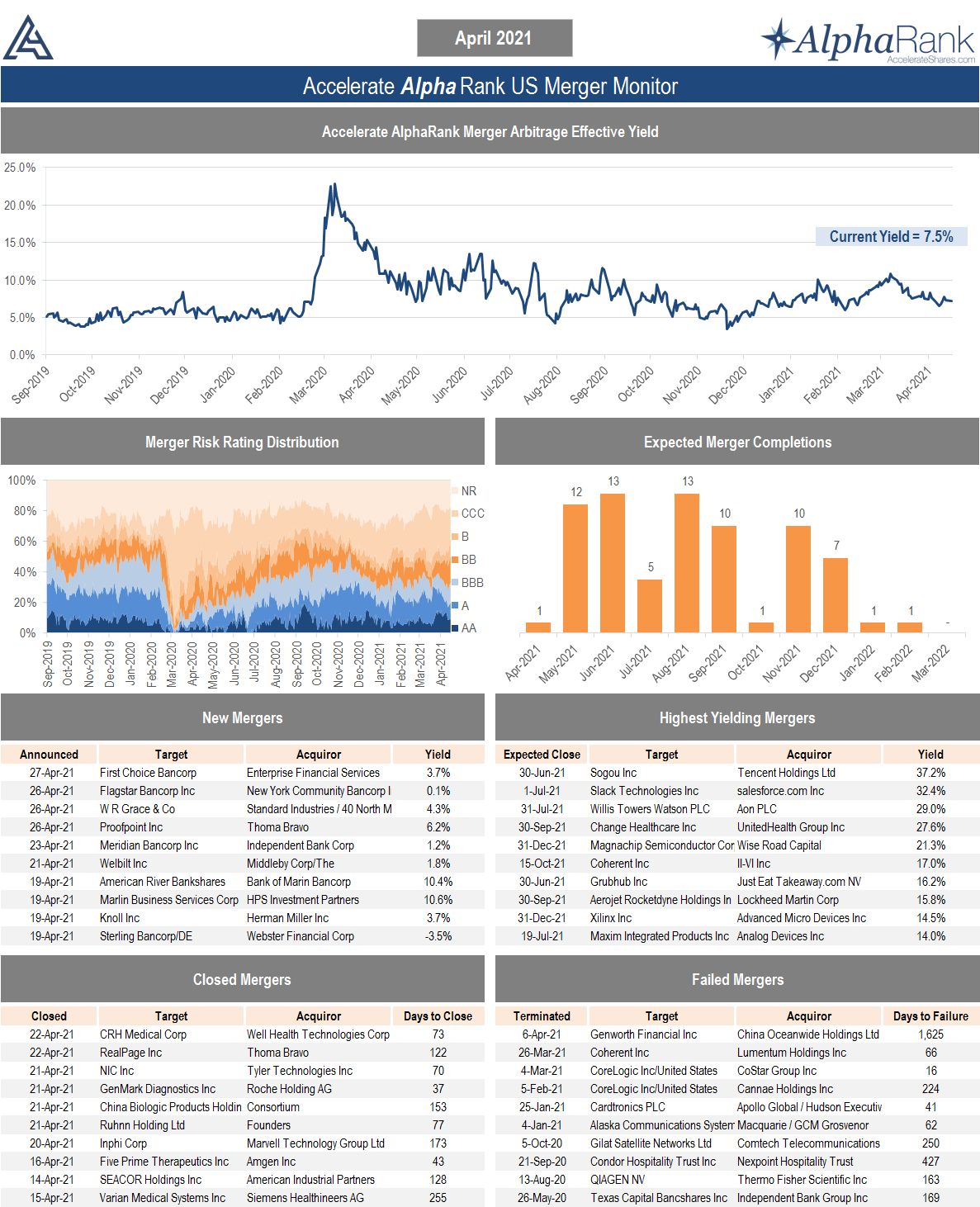 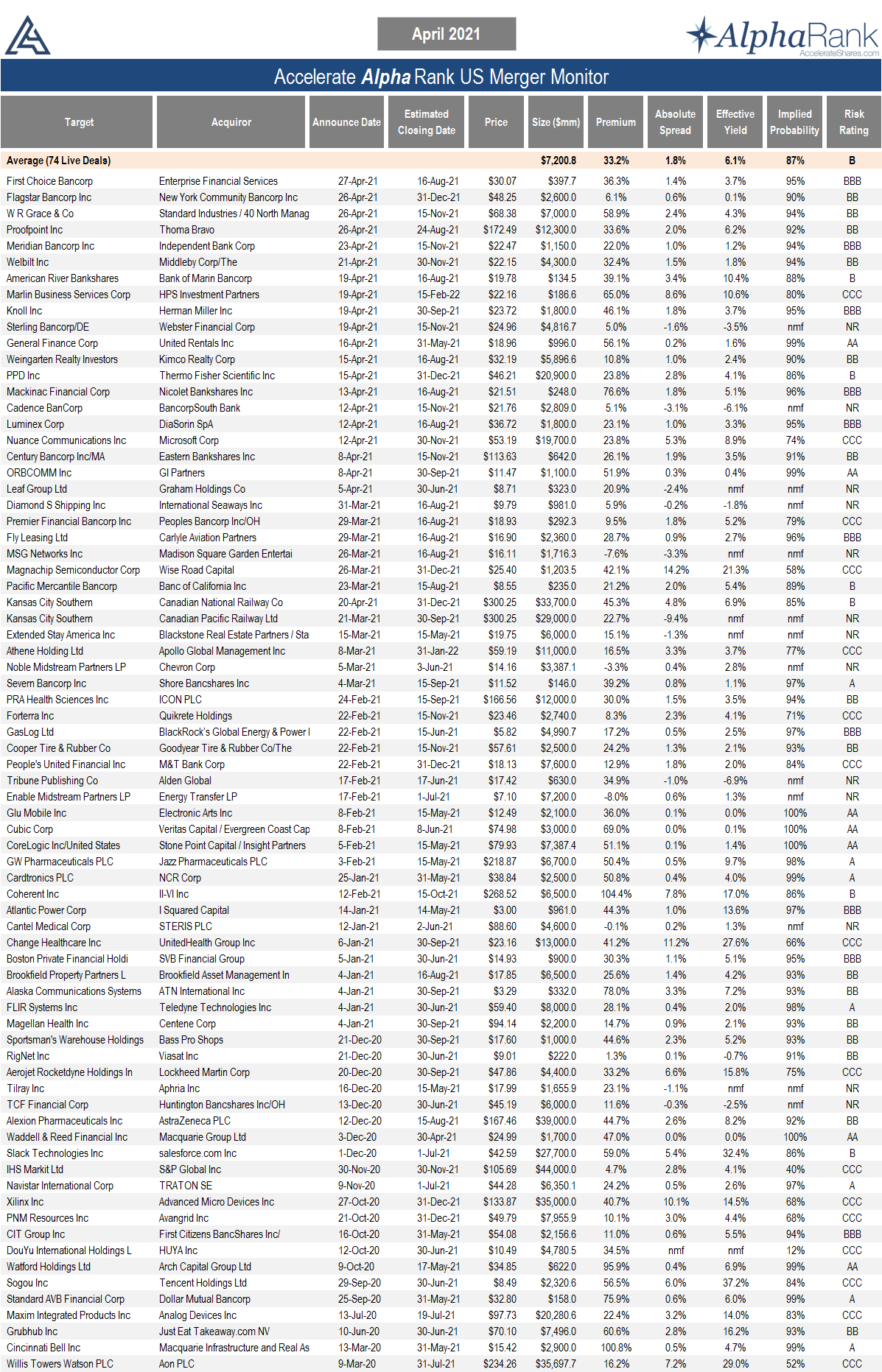