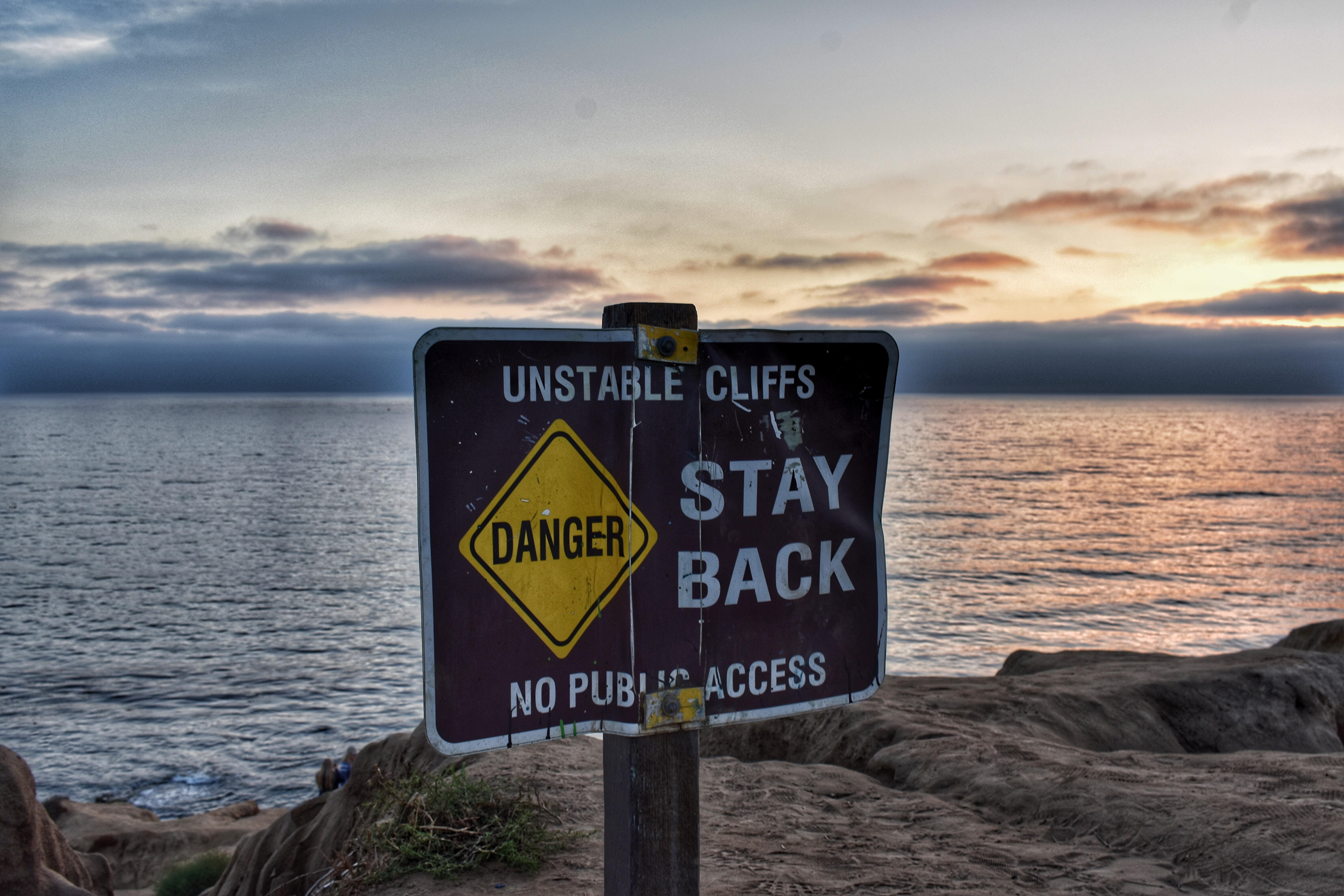 The Danger of Return Targeting

March 19, 2019 – Pension funds are some of the most sophisticated investors in the market. These funds represent enormous pools of capital, some larger than $100 billion, so their resources are near limitless and they are typically run by the best and brightest.

Pension funds function by taking in contributions from workers, investing this capital on behalf of these pension plan participants, and earning an adequate return on these investments to be able to pay these workers the promised amount, known as pension obligations, once they retire.

Major pension plans have historically made some pretty sweet promises to their workers with respect to their defined retirement benefits, and therefore need to earn a certain targeted investment return in order to meet these lofty expectations and significant pension obligations.

One of the largest pension funds out there, the $356 billion California Public Employees’ Retirement System (Calpers), has a 7% return target.

These targeted returns, a necessary yardstick that pension funds need to meet the promised obligations to current and future pensioners, were initially set decades ago as a relatively modest target to achieve.

Over the last few decades, investors needing a certain target return have had an increasingly difficult time reaching those targets. This is due to the steady decline in long-term bond yields over the years. A generation ago, these target returns could be attained through a simple allocation to 10-year U.S. Treasury bonds. Long-term pension spending obligations were set when high returns were readily attainable with much lower risk. 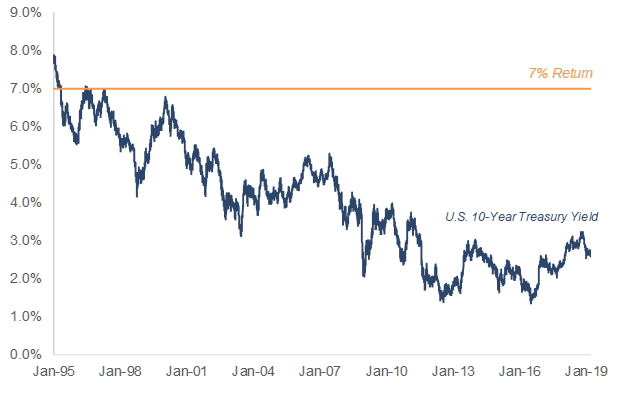 For example, in 1995, a 7.5% return target could be attained through a portfolio of 100% bonds. This all-bond portfolio was relatively low-risk, with a standard deviation of 6%. Bonds are typically the safest portion of an investment portfolio.

With the precipitous decline of long-term bond yields over the past four decades, by 2015, an investor needed a much more aggressive portfolio to attain those same 7.5% returns. By 2015, the 7.5% return target portfolio had a bond allocation of only 12%. In its place, a mix of higher-risk stocks, real estate and private equity. This higher-risk portfolio has a standard deviation, commonly viewed as risk, of 17.2%, nearly triple the amount of volatility as the all-bond portfolio from 1995 that accomplished equivalent returns. 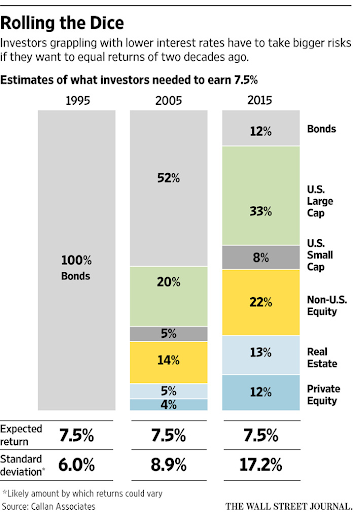 As you could probably guess, tripling the risk level of a portfolio is a dangerous proposition.

Over the weekend, Calpers released the transcript from its February investment committee meeting. In the meeting, Calpers Chief Investment Officer Ben Meng reveals an alarming thought:

“So if I could give you a one line exact summary of this entire presentation would be we need private equity, we need more of it, and we need it now. So let’s talk about the first question, why do we need private equity? And the answer is very simple, to increase our chance of achieving the seven percent rate of return.”

No wonder private equity is expected to have higher returns. It is a highly risky investment strategy – significantly riskier than being long the S&P 500. Private equity is no panacea. Empirical evidence shows that private equity return profiles are equivalent to that of a portfolio of small-cap, low EBITDA-multiple stocks with leverage.

Given this notion, it is frightening to see a pension fund needing to amp up its risk appetite in order to meet increasingly lofty return ambitions, with little to no concern for risk. The thing about leverage, private equity’s “secret sauce”, is that it cuts both ways. It amplifies positive returns to the upside, and it also magnifies investment losses to the downside.

Blindly following a return target, while it becomes increasingly difficult to reach, is perhaps irresponsible when you have no choice but to increase allocations to one of the riskiest asset classes in your portfolio.

This amplification of risk, especially into the second-longest economic expansion on record, may turn out fine, or it may not. What’s an allocator to do? If the returns aren’t there, then one cannot force it. Levering up is not the answer. Allocators should employ risk targeting, not return targeting. Allocate capital based on risk metrics, based on the organization’s risk tolerance.

If one continues to use a constant return target, and not adjust it to a reasonable level based on risk tolerance and treasury yields, then one risks being caught swimming naked when the tide goes out during the next bear market. Don’t let it be you.