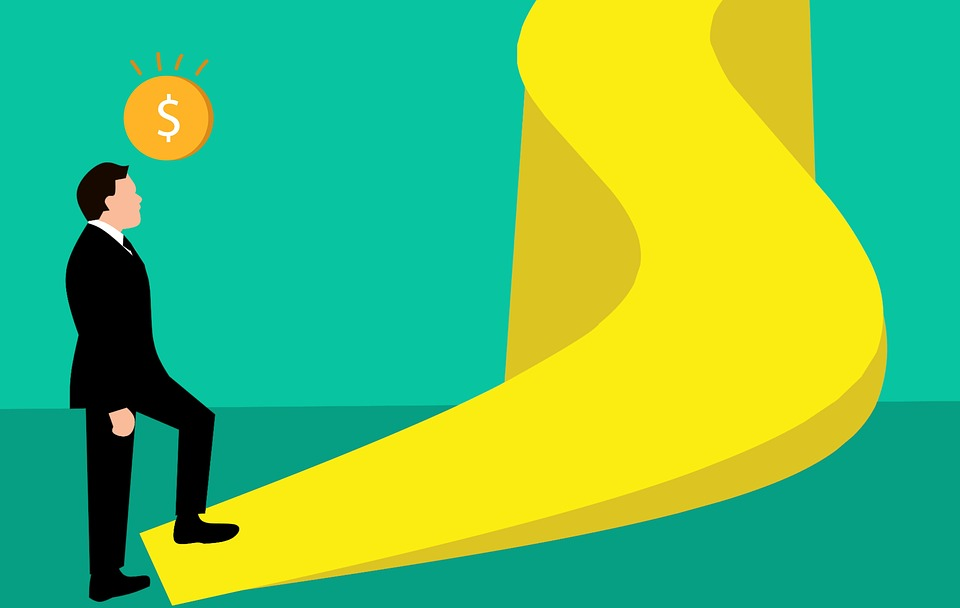 Merger Arbitrage: A Strategy for Consistent Profits in the Market

For example, many DIYers engage in retail arbitrage. One example of retail arbitrage is buying a microwave at the local Walmart for $50.00 and then selling it on Amazon.com for $55.00. In this example, the arbitrageur would pocket a $5.00 (10%) profit.

There are many different types of arbitrages in the capital markets, including currency arbitrage, interlisted arbitrage, convertible bond arbitrage, etc. One tried and true arbitrage trading strategy with a storied history involves the generation of arbitrage profits from announced mergers and acquisitions, known as merger arbitrage.

“Give a man a fish and you will feed him for a day.

Teach a man to arbitrage and you will feed him forever”

A Primer on Merger Arbitrage

When a company (the acquiror) seeks to acquire another company (the target), it typically needs to pay a premium over the target’s unaffected share price. This premium is necessary because a target company’s board of directors is only likely to recommend the acquisition of the company if the acquisition price is sufficiently higher than the current share price, otherwise the risk and effort of a deal isn’t worthwhile.

Merger arbitrage is an investment strategy that capitalizes on the spread between a company’s current share price and the consideration paid for its acquisition in the context of an announced merger transaction. The merger arbitrageur seeks to profit from buying, or going long, a takeover stock at a discount to its acquisition price.

This spread between the acquisition price and the trading price of a stock exists to compensate the arbitrageur for the risk of the acquisition failing to close. If a deal falls apart, the arbitrageur typically suffers significant losses as the target shares fall precipitously to a price that no longer reflects a takeover premium.

The example below of IBM acquiring Red Hat details how a successful merger arbitrage trade works. 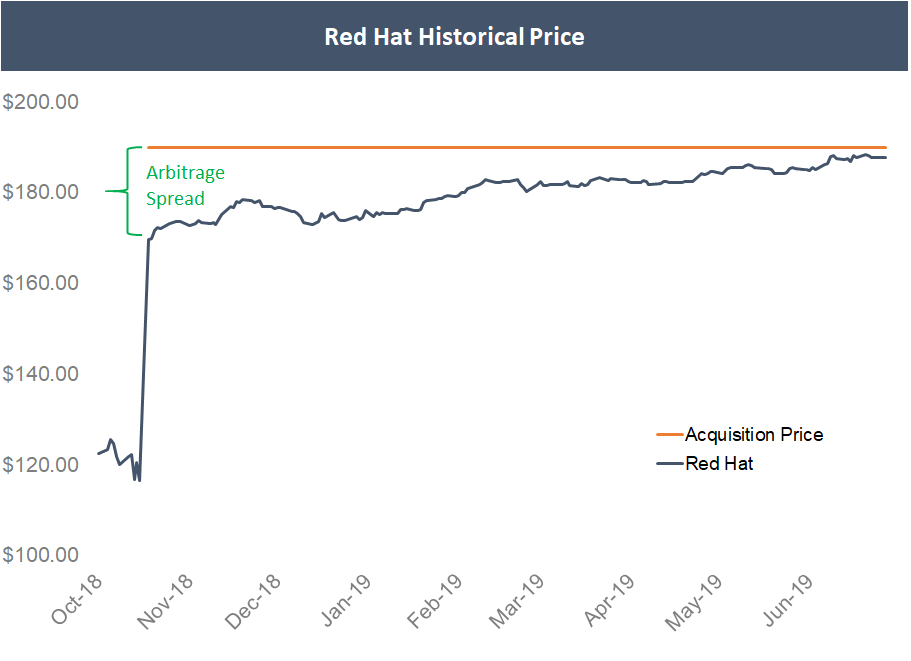 On Sunday October 28, 2018, technology company IBM announced the friendly acquisition of software provider Red Hat for the consideration of $190.00 cash per Red Hat share. This $190.00 takeover price represented a 62.8% premium over Red Hat’s unaffected closing price of $116.68 the day before the transaction was announced.

The companies indicated that they expected the deal to close “in the latter half of 2019”. The transaction was subject to the approval of Red Hat shareholders, regulatory approvals and other customary closing conditions.

Once the deal was publicly announced, Red Hat shares rocketed from $116.68 to $169.63 per share, still markedly below the $190.00 announced price in which IBM would acquire Red Hat shares once the deal closed. Therein lies the opportunity for the merger arbitrageur. On that day, there was a $20.37, or 12.0%, spread between the trading price of Red Hat shares and the $190.00 acquisition price. This arbitrage spread, represented by the gap between the blue line of Red Hat’s share price and the orange line of the acquisition price in the above chart, shrunk over time as the deal progressed and conditions to closing were satisfied. As various deal conditions are met, the acquisition is de-risked, and this change in probabilities in the deal’s chance of closing gets reflected in the target’s share price as it meanders closer to the acquisition price.

For IBM’s acquisition of Red Hat, using the actual closing date of July 9, 2019 (the companies guided to a “latter half of 2019” closing), the 12.0% merger arbitrage spread available in Red Hat shares equated to a 17.8% annualized return over the next 253 days.

A 17.8% annualized return is certainly very attractive, especially in an environment of rock-bottom yields. But that 17.8% annualized return comes with a risk. If the deal falls apart, Red Hat shares would likely fall back down to the level where they were before the deal was announced, or about $116.00. On the first day, the merger arbitrageur is buying at $169.63 with the premise that the deal will close at a later date at $190.00, and if it fails, the stock would fall back down to around $116.68, where the stock was prior to announcement of the deal. Therefore the arbitrageur is risking $52.95 of downside to earn $20.37 of upside. This equates to a market-implied probability of the acquisition successfully closing at 72%.

The following equations lay out the calculation of upside, downside and probability of success in the Red Hat merger arbitrage:

There are many reasons why a deal can fall apart, including:

A merger arbitrageur must be compensated for providing investors liquidity upon deal announcement. This compensation, in the form of the merger spread, is payment to the arbitrageurs for stepping in and providing the option for long-term shareholders to exit their stake quickly and not have to wait months for the deal to close.

On the first day of trading after the announcement of the IBM – Red Hat deal, the market implied probability of the deal closing was 72%. An arbitrageur would go long the Red Hat merger arbitrage if they felt that the deal had a greater than 72% probability of closing.

The deal did end up closing successfully on July 9, 2019, providing an attractive 17.8% annualized return to the arbitrageur.

Merger arbitrage came to the forefront of hedge fund investment strategies during the takeover boom of the 1980’s. At this time when the strategy was still new and lacked substantial competition, returns were very high, with some arbitrage firms averaging returns above 20% per annum. Notably, Warren Buffett earned a 53% rate of return from his merger arbitrage investments in 1988. These high returns were especially noteworthy given they generally weren’t dependent on the direction of stock market indices. Merger arbitrage typically generates absolute returns – that is, positive investment returns irrespective of general stock market direction.

As with any successful investment strategy, the chance to attain these eye-popping returns attracted significant competition, compressing the returns available.

Over the years, as the strategy became more institutionalized and capital came looking to harvest merger arbitrage spreads, returns came down to a more pedestrian single-digit annualized return.

Over the past 15 years, merger arbitrage has been competitive with bonds, with the Eurekahedge Arbitrage Index beating the Bloomberg Barclays Aggregate Bond Index by about 0.5% per year, albeit with higher volatility. 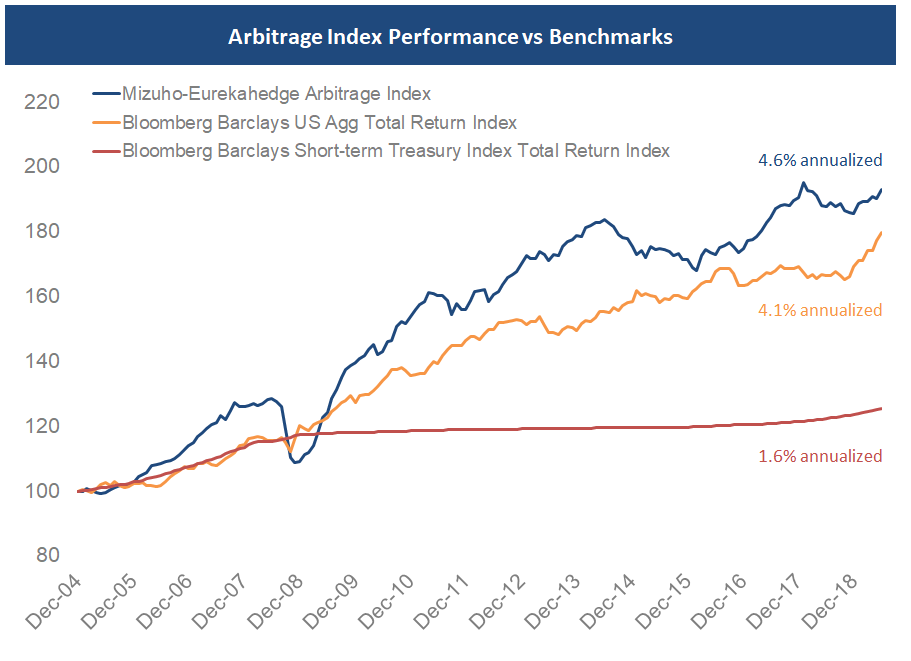 Merger Arbitrage as an Investment Strategy

The goal of a merger arbitrage strategy is to put together a diversified portfolio of arbitrage trades where each trade offers these three features: 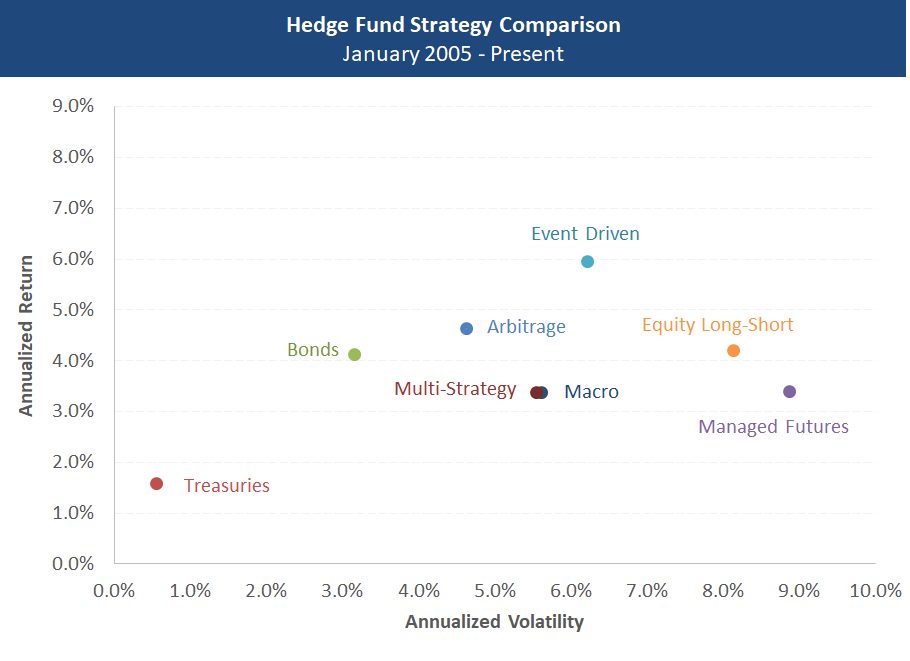 On average, merger arbitrage has outperformed most other hedge fund strategies on an absolute and risk-adjusted basis. 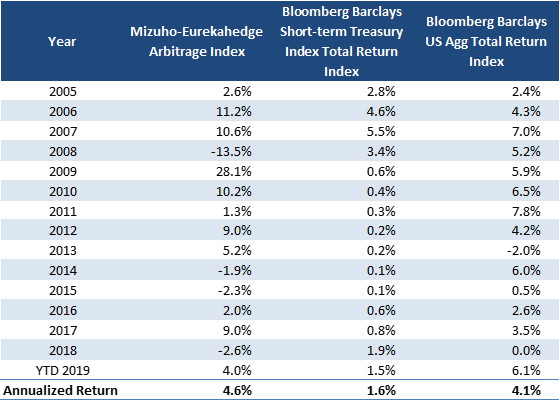 While merger arbitrage has historically exhibited low correlation to both treasuries and the broad-based bond index, it has provided similar low-volatility returns to these fixed income strategies and the returns were positive most years. Given this characteristic, merger arbitrage can be thought of as an alternative to fixed income.

However, there are a few main advantages of merger arbitrage compared to bonds:

So far we have outlined that merger arbitrage can provide attractive, consistent low-risk returns over time. Where can the strategy go wrong?

Luckily, there exists an upside scenario in an arbitrage trade – the bidding war.

A bidding war occurs when an interloper unexpectedly offers a higher price for the target company. In this situation, the arbitrageur will profit well in excess of the original expected spread as the acquisition price offered either by the interloper, or the increased bid offered by the original acquiror, tends to be materially higher than the starting bid. One lucrative bidding war for a target can make an investor’s year.

The below pie chart displays the outcome of all mergers and acquisitions in the U.S. from 2011 to 2019. 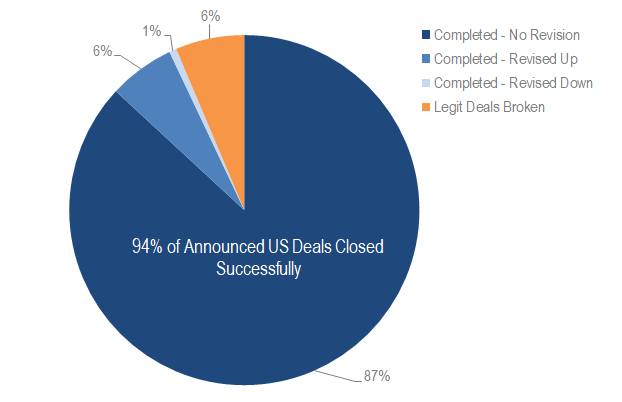 Given the assumption that 94% of deals close successfully, the goal of the arbitrageur is to put together a diversified portfolio of arbitrage investments that reflect an average market-implied probability of closing less than 94%.

For example, generally the merger arbitrage market prices the average probability of closing, throughout the entire deal universe, at around 85%. This reflects the inherent return for the arbitrageur – the average implied probability of the successful closing of a portfolio of arbitrage investments of 85% compared to the historical average closing rate of 94% represents the mispricing of odds in the arbitrageur’s favor. Harvesting this mispricing with a diversified portfolio of arbitrage investments can produce an attractive return over time.

Merger arbitrage can represent an attractive allocation within a well-diversified investment portfolio given its absolute-return nature, low-risk profile and low correlation to traditional asset classes. However, given the resource and time-intensive nature of the strategy, along with the need to have a well-diversified portfolio of arbitrage investments, individual investors who cannot dedicate themselves full-time to the strategy should steer clear of merger arbitrage and seek to allocate to an arbitrage fund run by a professional.

Warren Buffett said “teach a man to arbitrage and you will feed him forever”, meaning arbitrage is an essential investment strategy that aims to generate consistent results in the future. And investors need to eat.