Losers Average Losers: Why You Shouldn’t Invest in Money-Losing Companies

By Mike KessleringOctober 2, 2019 No Comments 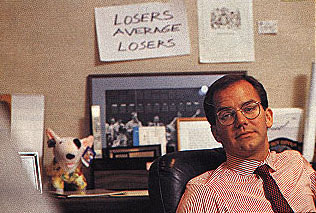 October 2, 2019 – Paul Tudor Jones was one of the greatest hedge fund managers of his generation. He was a trader’s trader, highly focused on price trends of the vast array of financial instruments he was trading. Jones gained notoriety for making a killing during the Black Monday stock market crash of 1987 along with beating the market by significant sums in the 80’s and 90’s.

One of Jones’ major rules of trading was “losers average losers”. This manifesto was posted above his computer screen such that he was reminded of its interpretation on a daily basis. The rule meant that only losers would double-down on a position that has gone against them. Buying a stock, watching it drop, and then adding to the position was strictly prohibited in Jones’ book. The note was a reminder for Jones not to add to a losing position.

There has been a surge of initial public offerings with negative earnings and 2018 was a banner year for money-losing IPOs. With the recent IPOs of profligate spenders such as Uber, Lyft and Beyond Meat, an analysis of the share price performance of money-losing stocks is relevant for today’s investors. 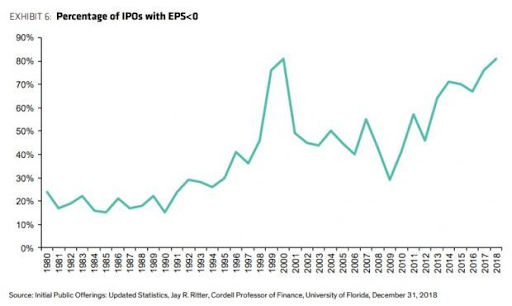 2018 had the largest percentage of money-losing companies go public since the tech bubble of 2000 as approximately four-fifths of companies going public had negative earnings. 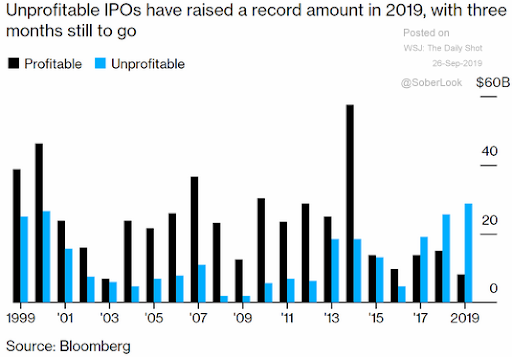 How Do Money-Losing Stocks Perform?

For the purpose of this analysis, money-losing stocks are defined as shares of companies with negative EBITDA over the past 12 months. Earnings before interest, taxes, depreciation and amortization (EBITDA) is a proxy for cash flow.

An analysis was run on the universe of U.S. stocks with market capitalizations above $100 million and share prices above $1.50. Over the past 20 years, on average there were about 450 money-losing stocks per year in the U.S. 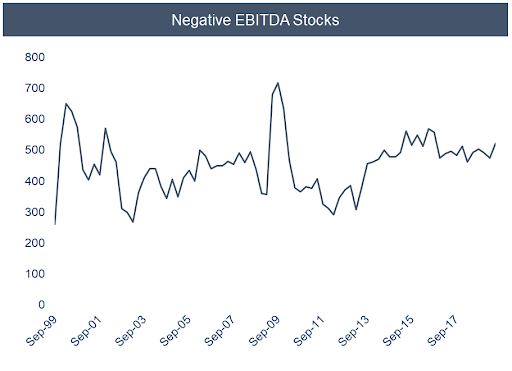 As expected, the Negative EBITDA Portfolio underperformed the market by a substantial sum. 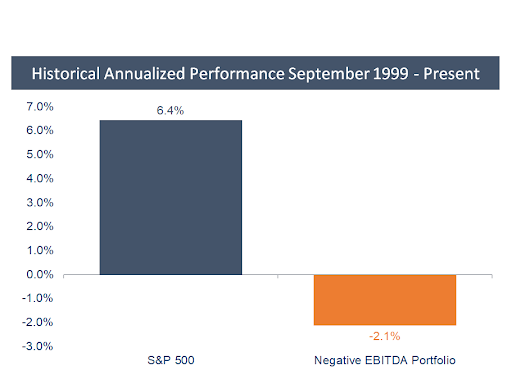 The Negative EBITDA Portfolio lost -2.1% per year over the past 20 years, trailing the market by 8.5% and losing investors’ money while the market was up significantly.

Positive Cash Rules Everything Around Me

The fabled 1990’s hip-hop supergroup Wu-Tang Clan said it best in their breakout hit “C.R.E.A.M.”, an acronym for Cash Rules Everything Around Me. While the track was recorded in 1993, its objective is no less relevant today and investors should obey the notion that positive cash flow rules everything in the market.

Paul Tudor Jones would remind himself not to be a loser and buy stocks that have lost him money. Notwithstanding this sage advice, investors would be richer to observe the updated rule for the money-losing IPO-bonanza age: Losers Buy Money-Losers.

Don’t be a loser, buy shares of profitable companies.