Does Size Still Matter? A Fresh Look at the Size Premium 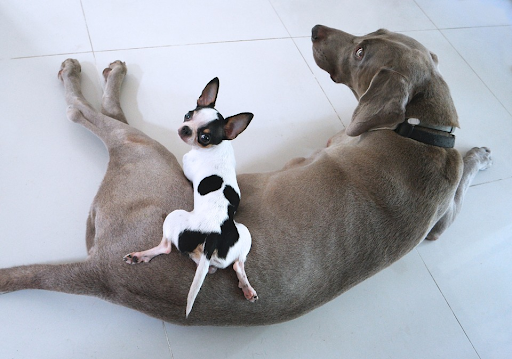 August 30, 2019 – They say that bigger is better. In most instances, this age-old adage seems to hold up.

However, there are a few examples in which being small is better than being big, such as in semiconductors, horse race jockeys, natural disasters and mistakes.

Speaking of mistakes and the concept of size, a long-held dogma in finance is that small stocks, or those with the smallest market capitalization, outperform large stocks. The outperformance of small stocks is known as the size premium. Revisiting this thesis, perhaps the long-held mantra that small caps outperform is a mistake?

The Discovery of the Size Premium

Evidence of the size premium was first documented in Rolf W. Banz’s The relationship between return and market value of common stocks nearly three decades ago. Banz’s paper indicated that the well-documented capital asset pricing model (CAPM), which states that a stock’s expected return is solely dependent on its volatility in relation to the market, was incorrect.

“The evidence presented in this study suggests that the CAPM is misspecified. On average, small NYSE firms have had significantly larger risk adjusted returns than large NYSE firms over a forty year period.”

– Rolf W. Banz, “The relationship between return and market value of common stocks”

This discovery presented evidence of what some enterprising investors already knew – that one can outperform the market by focusing one’s investing efforts in the small cap space. The size premium was quantitative investment management’s first anomaly, or factor.

Is the Size Premium a Key to Investing Riches?

An updated simulation was run for the twenty years from 1999 to present. This simulation was run on both Canadian and U.S. stocks. The analysis segments stocks into deciles based on their size and is rebalanced on a monthly basis. 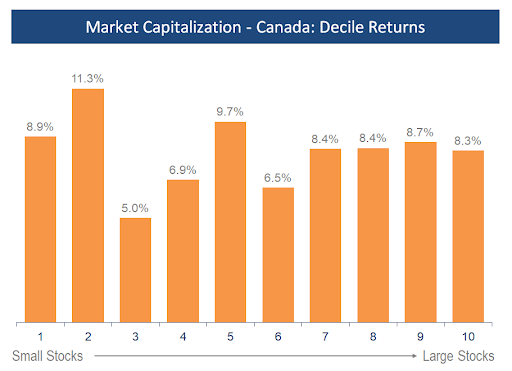 Over the past two decades, the decile of smallest Canadian stocks returned 8.9% annually while the largest Canadian stocks compounded at a slightly lower 8.3%. In the twenty year simulation, there is no discernable evidence that supports the notion that smaller stocks outperform larger ones. 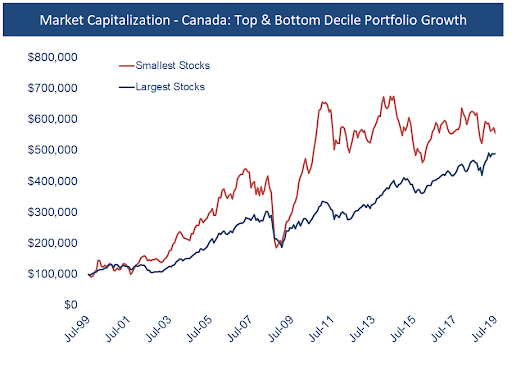 The evidence of the size premium is even more scant in the U.S. 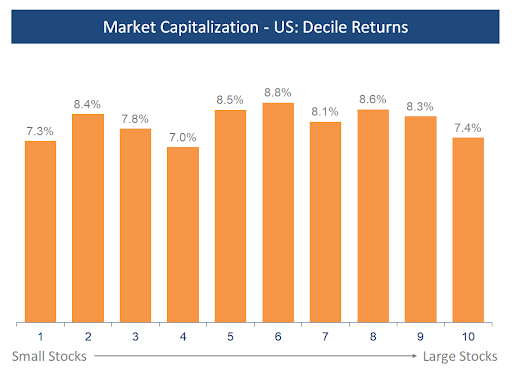 Since 1999, the decile of smallest U.S. stocks underperformed with a 7.3% annualized return while the largest U.S. stocks notched a slightly higher 7.4% return. The return profile of various size deciles also indicates that there is no discernable evidence that smaller stocks have outperformed large stocks over the past two decades. 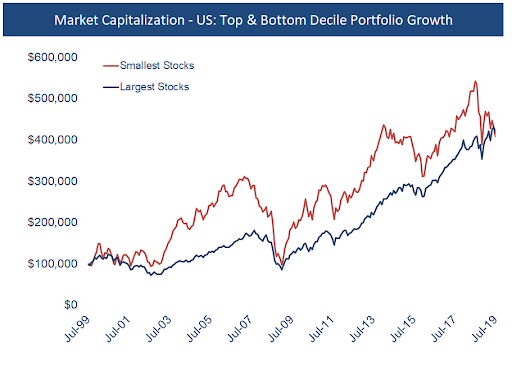 The underperformance of small stocks over the past twenty years, in addition to extremely poor recent relative performance, is enough to give small cap investors pause. What happened to the size premium that told us small caps would outperform?

There are many potential reasons to attribute the lack of size premium in Canadian and U.S. markets recently:

Nonetheless, it seems that large cap stocks have no need to feel embarrassed anymore. Size no longer matters.