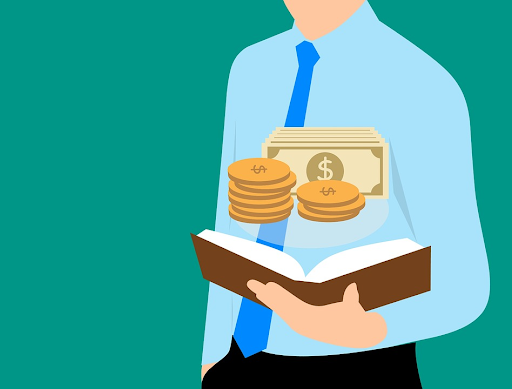 5 Reasons Why Merger Arbitrage is a Must-Own Investment Strategy

What is Merger Arbitrage?

Merger arbitrage is an investment strategy that seeks to profit from the successful completion of announced mergers and acquisitions.

A merger arbitrageur seeks to profit from buying or going long, a takeover stock at a discount to its acquisition price in the context of an announced merger transaction. After a merger is announced, the target’s stock price typically trades at a discount, or “spread”, to the consideration offered. Therein lies the opportunity.

5 Reasons to Invest in Merger Arbitrage

Merger arbitrage has been the domain of hedge funds and sophisticated investors for decades. It is a proven investment strategy and should be considered within the context of a diversified portfolio for 5 main reasons:

In a merger arbitrage investment, the target company stock is bought at a discount to the deal consideration and yield is generated once the deal closes and the discount is resolved.

One of the most important considerations when making an investment is how much an investor is expected to earn. What’s the expected return?

The current merger arbitrage universe has an average yield of around 15%, which compares favourably to the current BBB bond index yield of less than 4%.

Certainly that 15% yield is not guaranteed, however, merger arbitrage serves as an attractive fixed income alternative given its high relative yield and low correlation to equity markets.

Another main determinant of an investment allocation is how much risk is involved.

The standard deviation of an investment strategy refers to its volatility or general riskiness. It indicates how much the value of the investment will swing from its average. When considering an investment’s return, one must also consider the risk involved.

From 2009 to 2019, merger arbitrage produced the highest risk-adjusted return amongst various asset classes, clocking in higher returns with lower volatility than both global stocks and global bonds. For those 11 years, merger arbitrage returned 4.1% annually with a standard deviation of only 2.5%, while global bonds returned just 2.5% annually with a 5.6% standard deviation.

Merger arbitrage has been one of the most consistent and stable investment strategies. Since 2009, it was one of the only strategies that produced positive returns each calendar year. The global bond portfolio suffered three down years over this time period.

An allocation to arbitrage can buoy an investor’s portfolio in declining markets.

Merger arbitrage returns are derived from a risk spread based on short-term interest rates. Historically, the average arbitrage spread above cash has been about 3 or 4 percent.

Mergers generally close relatively quickly. The current average duration of deals is approximately 3 months. Given this low duration, merger investments have low interest rate exposure given the trades’ short tenor. They can be thought of similarly to a floating-rate yield.

Duration risk will be a key consideration once interest rates start to rise, and merger arbitrage is one of the few fixed income-like strategies that will do well in a rising rate environment. This is important for fixed income investors to consider given interest rates are at all-time record lows and bond portfolios will be punished when rates rise.

The yield produced by a merger arbitrage investment is generated by the closing of the discount between the target company’s share price after the deal announcement and the consideration received once the deal closes.

This spread, or yield, typically consists of capital gains and is therefore taxed more favourably than interest income produced from bonds. Yield generated through merger arbitrage will usually be more tax efficient than that of traditional fixed income strategies.

Historically, merger arbitrage has returned 3-4% above cash. In a normal environment, this would mean an expected return of 4-5% from the strategy.

However, the coronavirus-induced market panic has created a generational buying opportunity, as the average yield in merger arbitrage has widened from 5% earlier this year to around 15% currently. I’ve been investing in mergers since 2008 and this is by far the best opportunity set I’ve come across in my career. Even low-risk transactions are offering the prospect of double-digit annualized returns.

Merger arbitrage can represent an attractive allocation within a well-diversified investment portfolio given its attractive yield, consistent return potential, low interest rate risk exposure and tax-efficiency. Not to mention that the current market environment offers one of the best opportunity sets ever seen in arbitrage.

Warren Buffett said, “teach a man to arbitrage and you will feed him forever”, meaning arbitrage is an essential investment strategy that aims to generate consistent results in the future. And investors need to eat.